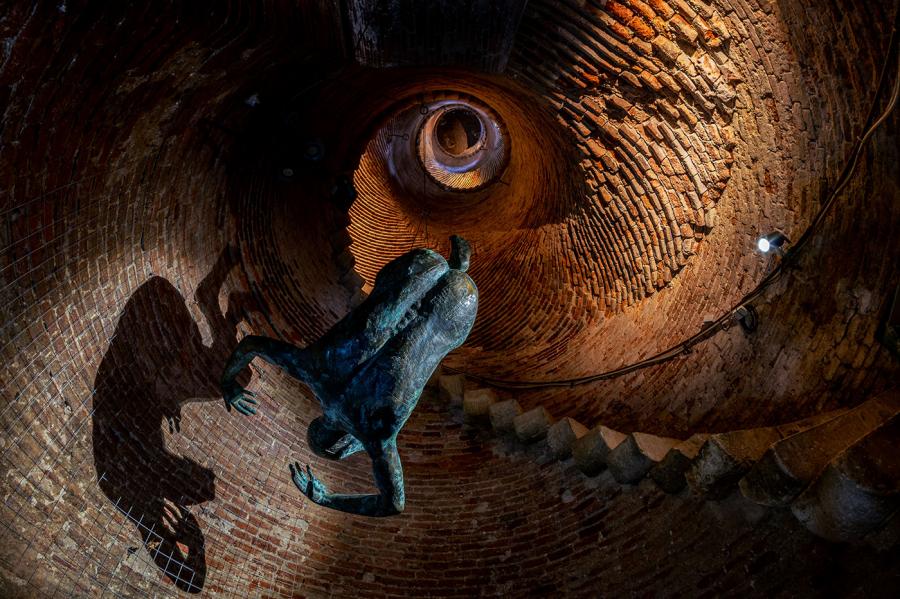 Pietrasanta, Lucca, Italy
Two works by Emanuele Giannelli were exhibited in the centre of Pietrasanta: Mr Arbitrium in Piazzetta San Martino and Il Sospeso inside the bell tower of the Duomo.

Mr Arbitrium, a monumental male figure about six metres tall, leans against the ancient building, either supporting or pushing it, a decision left to the viewer.

Il Sospeso is a figure suspended in the act of either falling or floating in the void at the centre of the spiral staircase in this late 15th to early 16th-century structure.

The theatricality of the works is accentuated in the first case by the Tago linear profile, whose light grazes the wall and reaches the giant’s face, and in the second by the Ginko projector. Here, the light wraps around the figure, casting shadows that echo its sculptural form onto the walls.

“That’s how we wanted to tell this story ... Inside the bell tower, falling out of free will, the figure epitomises life, subject as it is to the consequences of the action of pushing or supporting.” Chiaroscuro 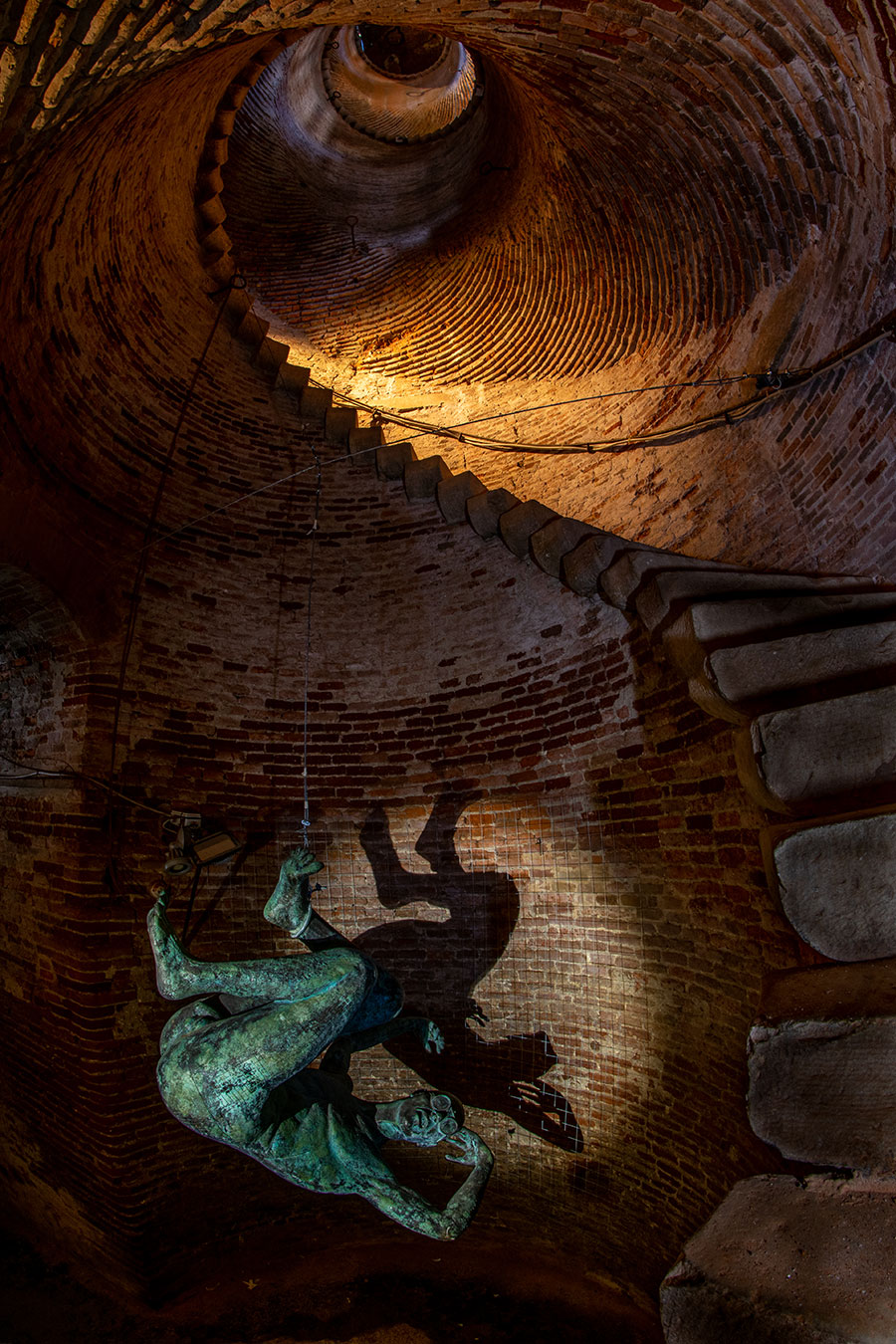 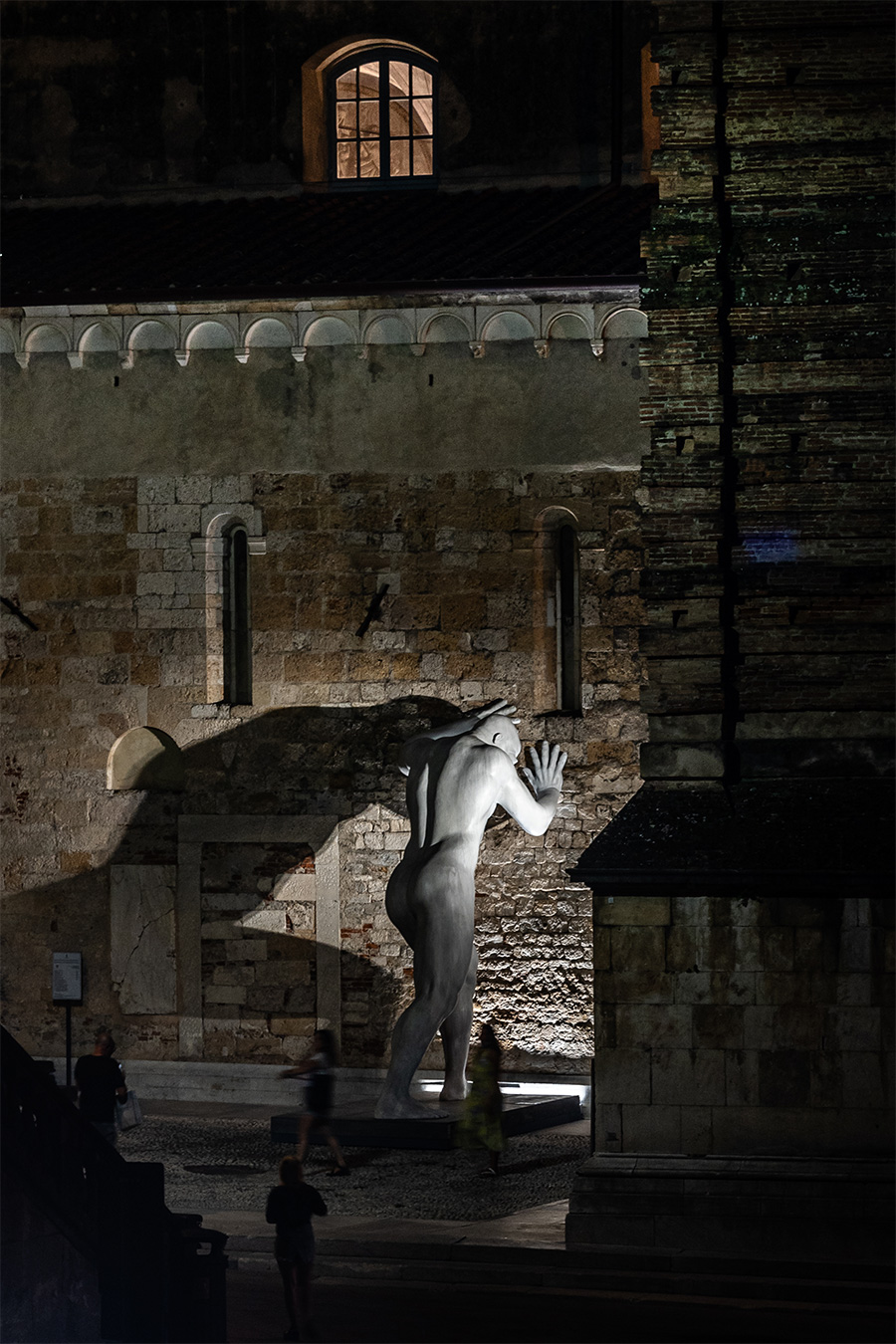 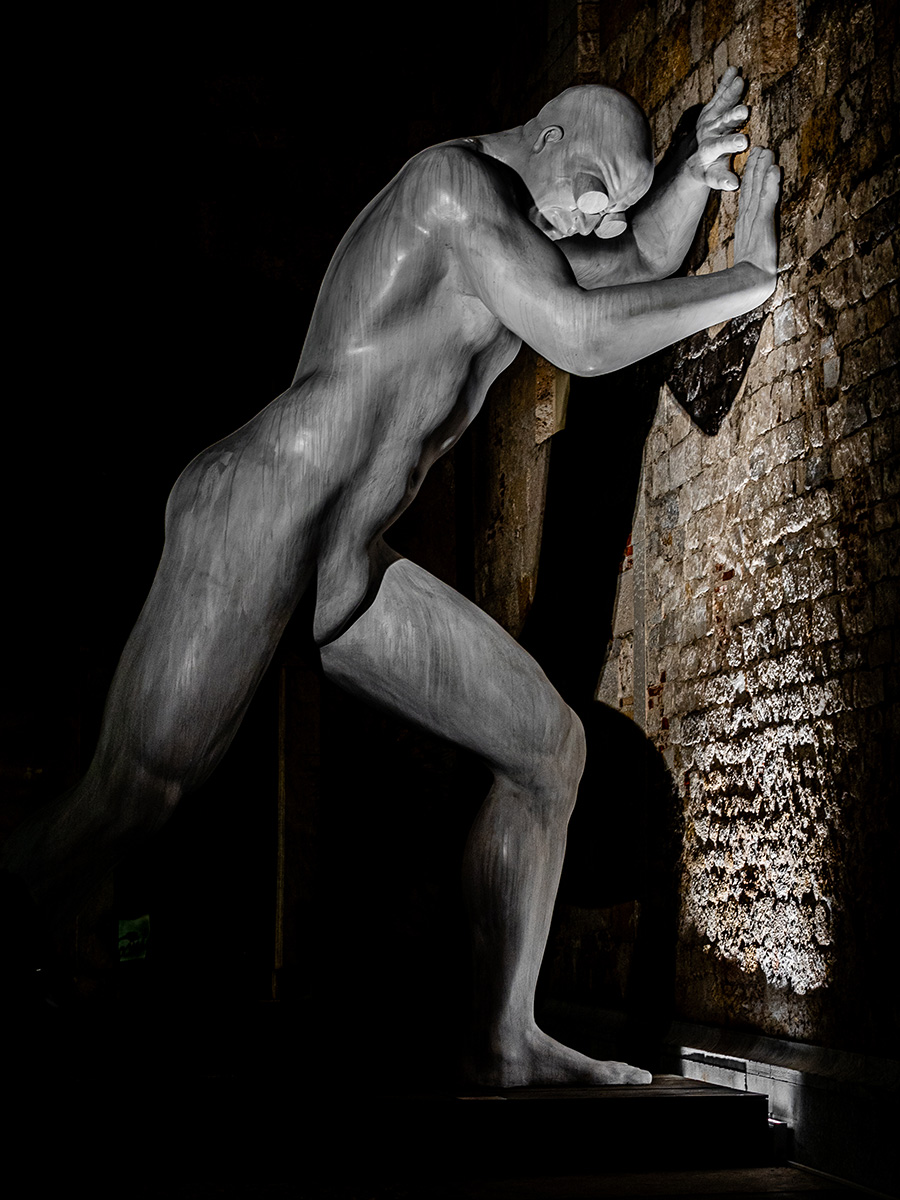 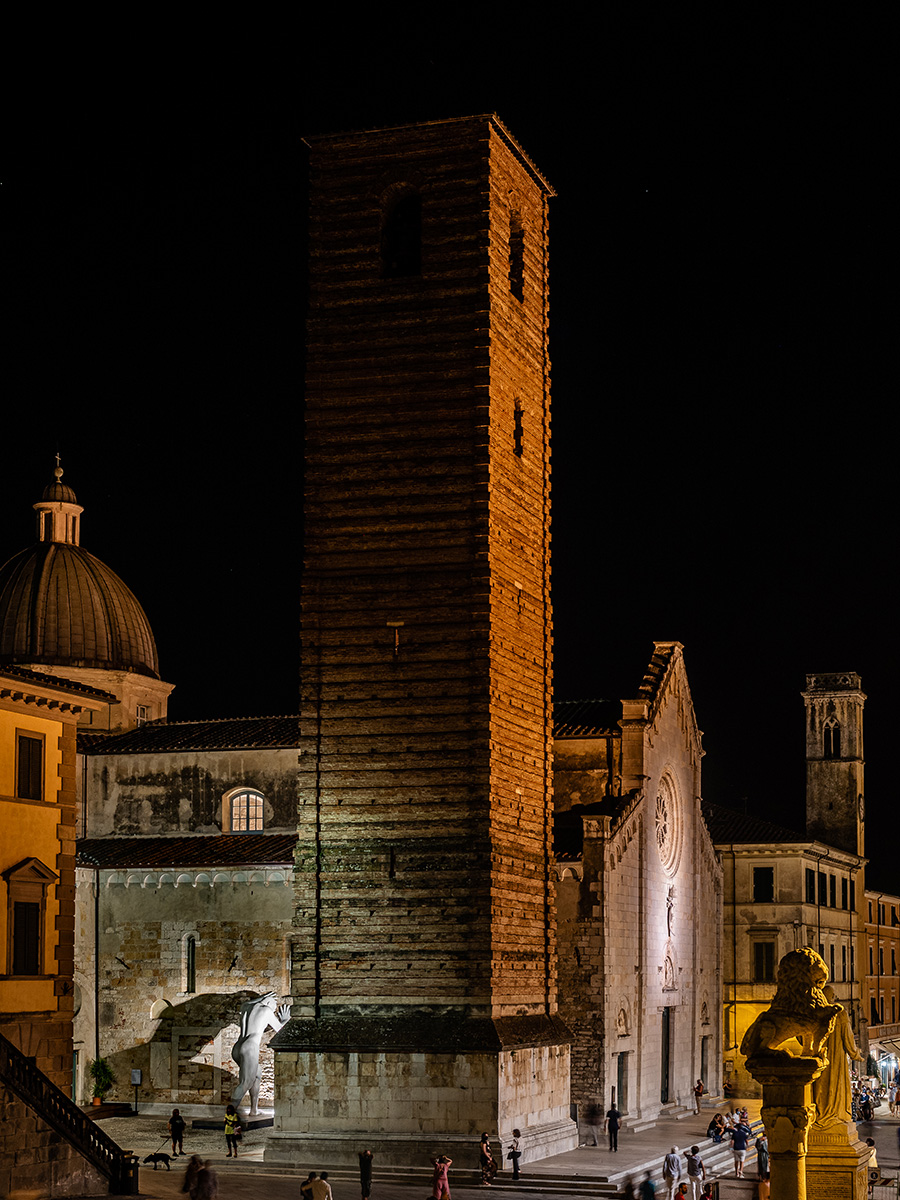