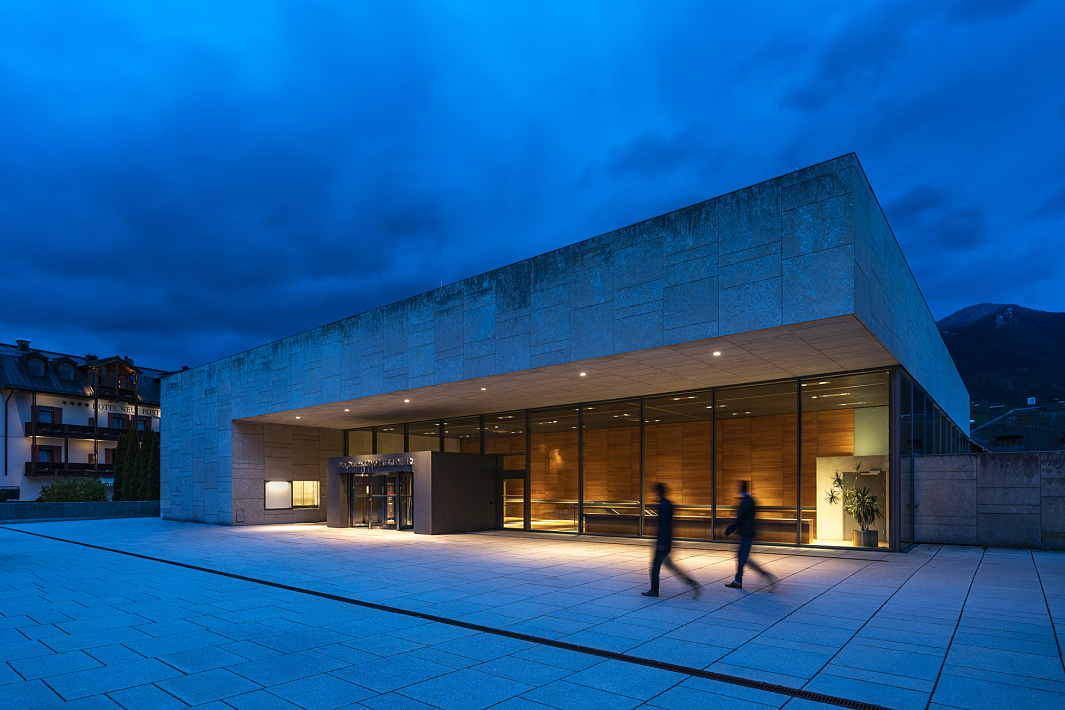 In small towns popular with tourists such as Zell am See in Austria, larger new buildings are quickly viewed as being somewhat alien. This, however, is not the case with the Ferry Porsche Congress Center: the cuboid construction, clad in light limestone, blends naturally as a matter of course into the terraced terrain of the alpine town. Its concise design and balanced proportions lend the congress centre a timeless appearance – and authentic interior materials such as wood and exposed concrete ensure a fresh and vital appearance more than a decade after the inauguration in 2007. The advanced technology of the building has already proven its worth in thousands of events, and DALI-controlled lighting with luminaires from ERCO installed in circulation areas, halls and ancillary rooms plays its part.

The fact that a complete relighting with updating to current LED technology nevertheless became acute in 2020 was mainly due to procurement problems: conventional light sources such as compact fluorescent lamps and low and high voltage halogen lamps were still in use in the original luminaires. In the large hall with a height of 8.7 metres the lighting designers had used the applicable gold standard for event spaces of the time consisting of Lightcast downlights with 500W PAR56 halogen reflector lamps which feature good dimmability and warm light colours – however, these lamps have since disappeared from the market as a result of their high energy consumption. One complication was the elegant suspended ceilings constructed of aluminium lamellae. These were project-specific, made-to-measure constructions that would have had to be produced again at high expense for refurbishment purposes.

For this reason the operators approached several providers with the following task: is it possible to do a relighting of the building using contemporary, energy-efficient LED technology – whilst, as far as possible, still retaining the light points, power connections and installation apertures? After analysing the existing situation, the lighting experts from ERCO's Vienna office gave a clear 'yes', along with a retrofitting concept that thoroughly convinced Oliver Stärz, the managing director of the congress centre.

"The new luminaires were prefabricated by ERCO in such a way that 1:1 replacement became possible by our own building services team."
Oliver Stärz (FPCC)

The current LED luminaires from ERCO proved to be both problem solvers and energy savers: not only was it possible to find suitable replacements for all conventional luminaires – with similar or improved photometric characteristics. An enormous increase in efficiency was also achieved. In fact, the new lighting system requires merely a quarter of the energy previously required and, thanks to its lower heat generation, also reduces the building's cooling load. Savings furthermore that qualifies the project for public environmental funding schemes.

The new Atrium double focus LED downlights in 3000K for illumination from large heights are in no way inferior to their predecessors in terms of dimmability and warm-toned light quality – and fit 1:1 into the existing ceiling apertures. Although the connected load of the luminaires has been reduced from 500W to only 76W, the horizontal illuminance of up to 1200lx is 20% higher. In the 'Green Box' and 'Blue Box', the variable conference rooms with lower ceiling heights of 3.5 metres, Compact LED downlights replace the obsolete CLC downlights with compact fluorescent lamps. The new luminaires, with similar performance parameters, are somewhat smaller in diameter, a feature concealed by cover rings in the colour of the ceiling. This concept runs through the entire building for greatest possible energy savings: Compact and Skim LED downlights are now also installed in the ancillary rooms. Louvre luminaires with fluorescent lamps, previously installed in the ticket sales area, made way for state of the art Jilly surface-mounted luminaires that comply with workplace lighting standards.

"Light is a crucial element in the drama of any event. The quality of light and control options of the new LED lighting give us a real competitive advantage." Oliver Stärz (FPCC) 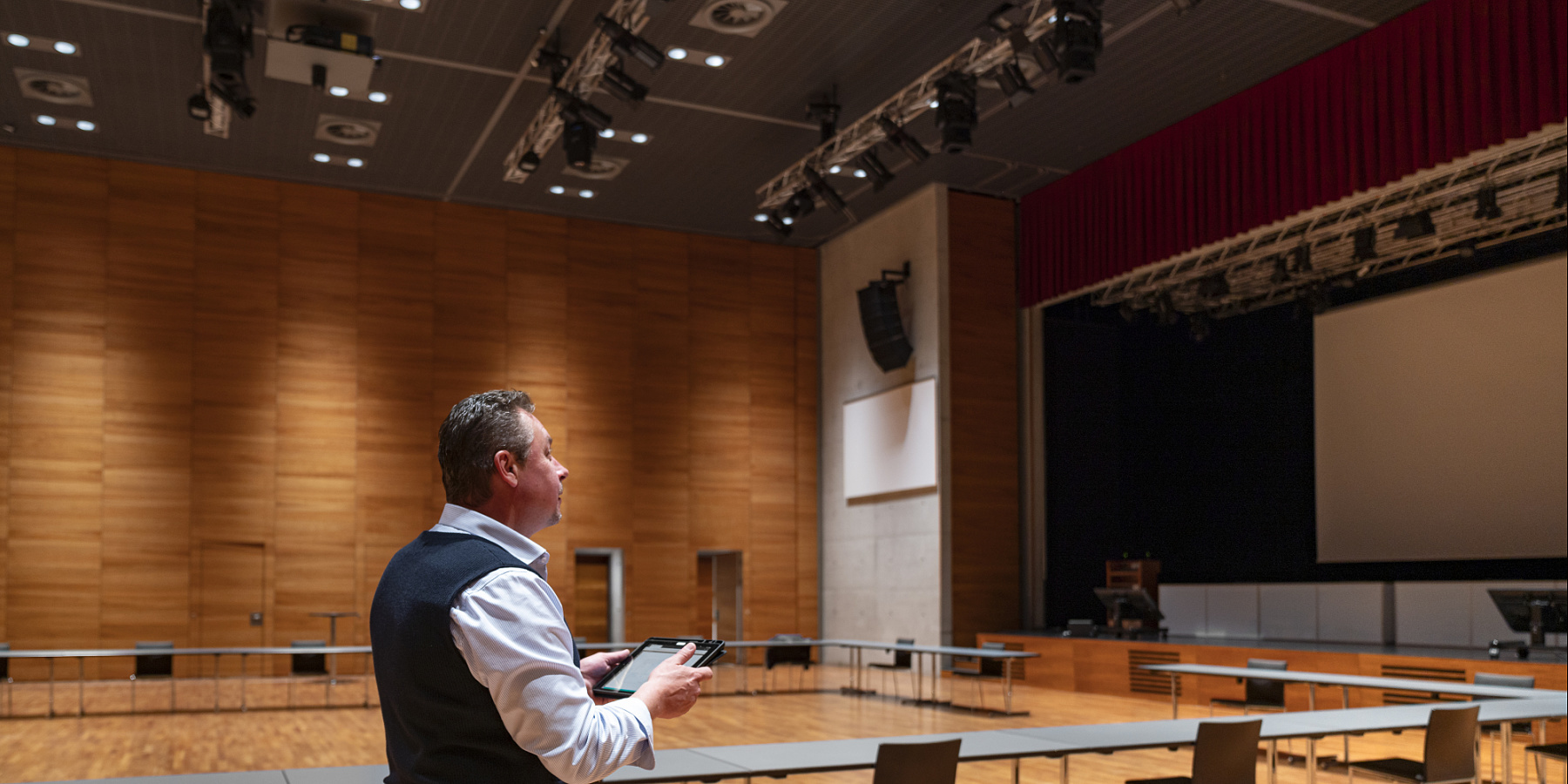 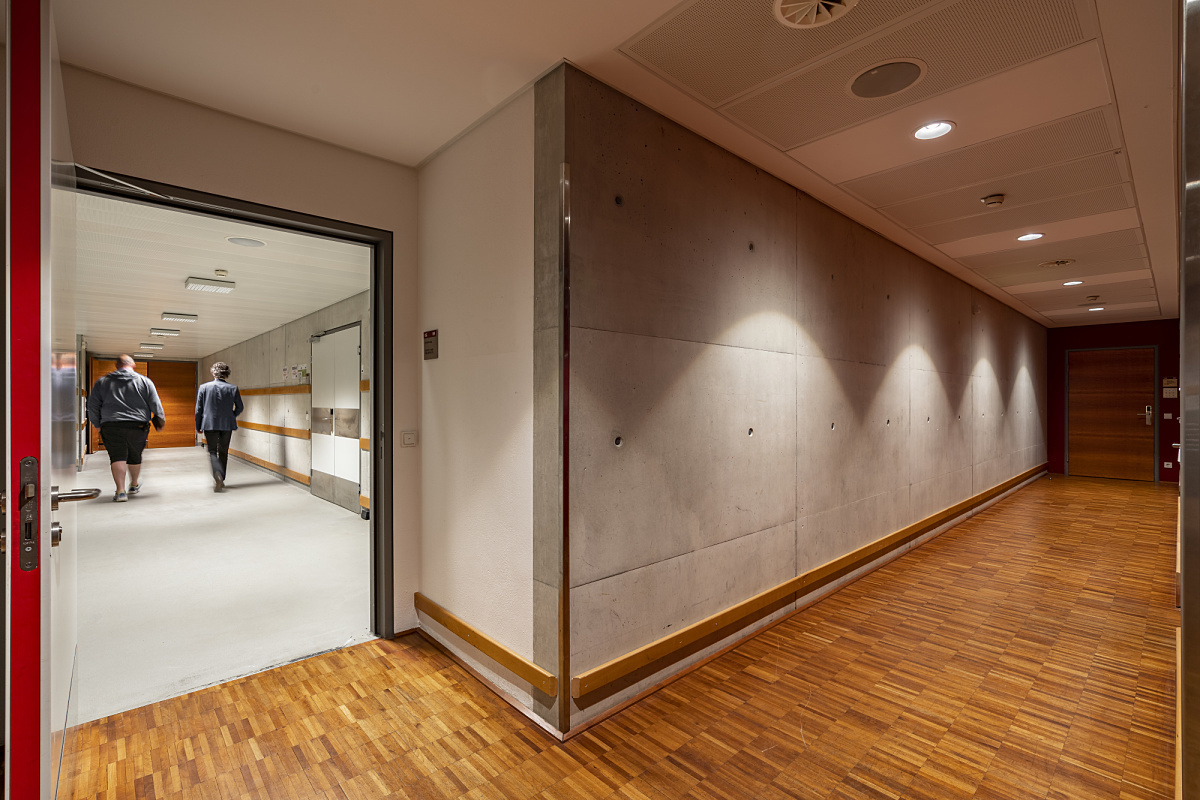 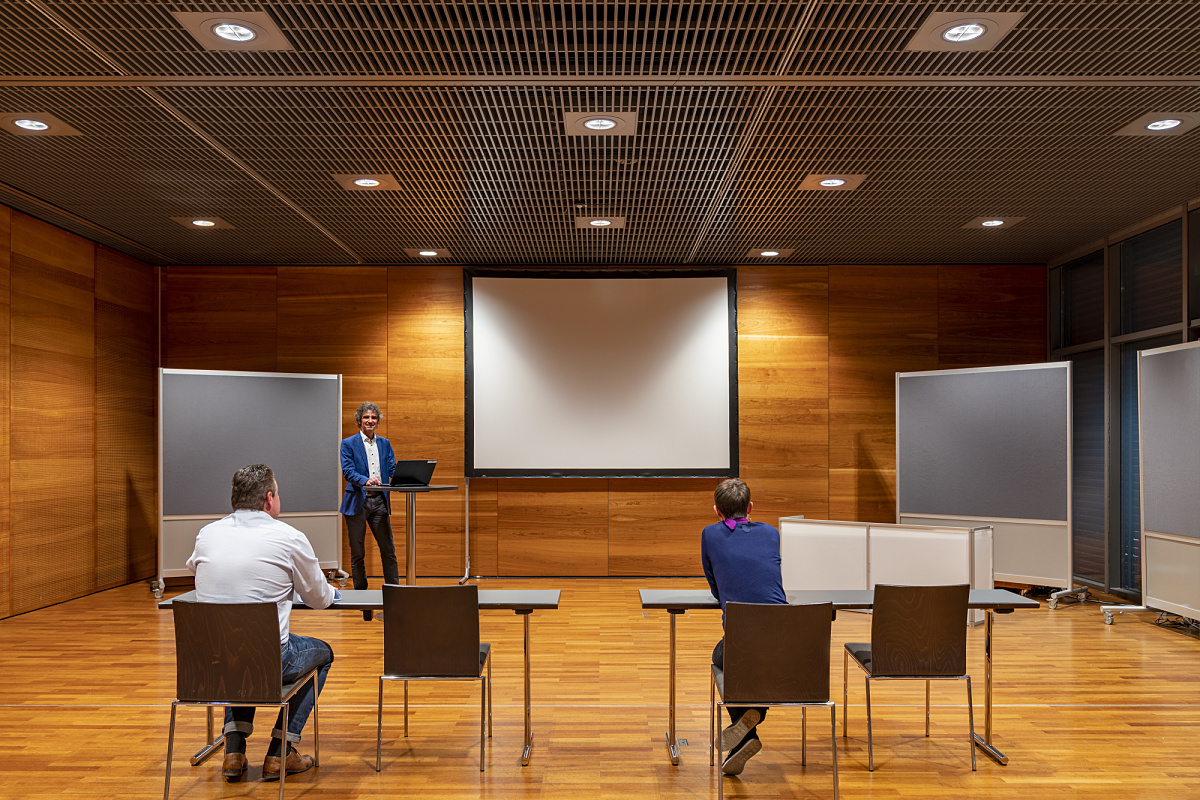 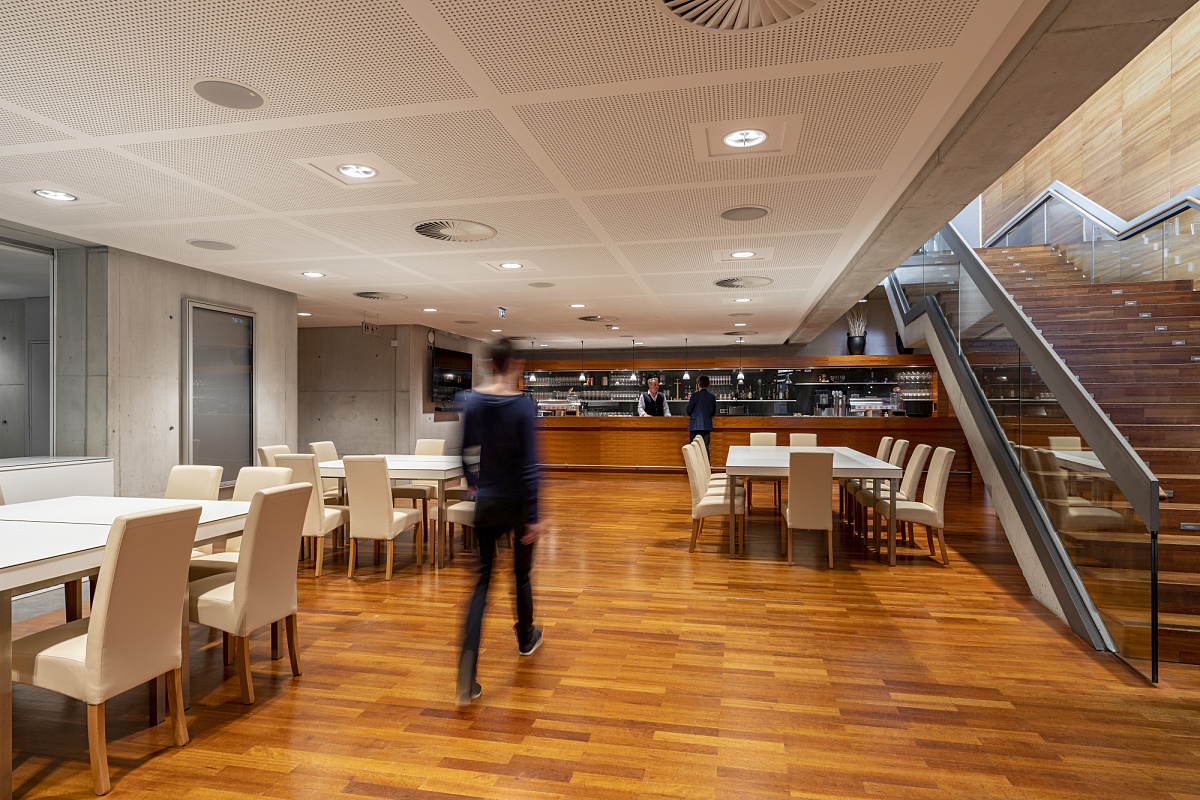