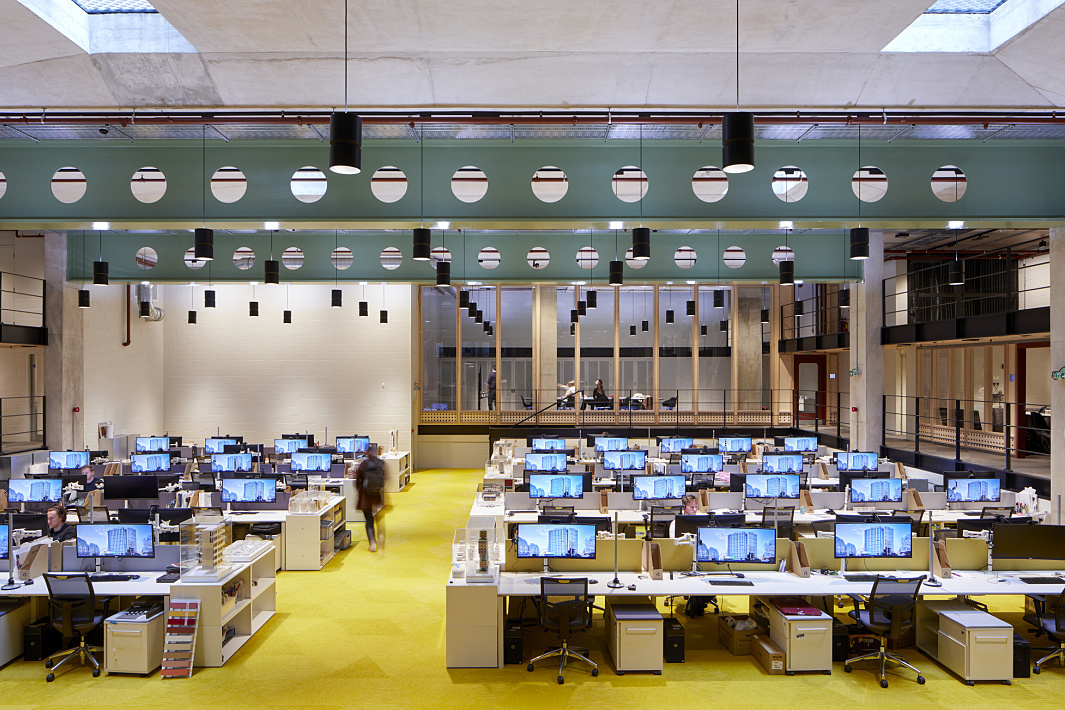 White Collar Factory may be one of London’s most pioneering new office developments, but its basement was never intended to become a workspace. However when plans to turn this space into a restaurant failed to materialise, the building’s architects, Allford Hall Monaghan Morris (AHMM), saw an opportunity to challenge previous assumptions. This 983-square-metre space, whose only source of daylight comes from four small skylights, has been cleverly transformed into a flexible creative hub for 110 of AHMM’s own staff, all thanks to a human centric lighting scheme legalized with an innovative lighting system from ERCO.

The fitout is very much in keeping with the experimental spirit in which the building was envisioned. Inspired by the expansive and adaptable workspaces of Frank Lloyd Wright’s iconic Johnson Wax Headquarters, AHMM and developer Derwent London had embarked on a five-year research project to prove that new-build offices can be every bit as inspiring as converted industrial buildings. White Collar Factory is the result of that research. With its large, flexible floor plates and high ceilings – not to mention an entrance lobby that doubles as a co-working lounge and a 150-metre rooftop running track – the building sets a new standard for the sector.

The basement was of course more difficult to turn into a functional office than the storeys above, which all boast full-height openable windows. But it also had features that the others didn’t, like an eight-metre floor-to-ceiling height, which created the feeling of a grand hall. This was enough to convince AHMM co-founder and design principal Simon Allford that the space could become an extra studio for the practice’s growing team. ‘Fundamentally it had everything we would look for in a project, except windows,’ he says.

‘We take the idea that no space is impossible, every space can become magical. It becomes a design exercise about making that work.’

With the limited amount of daylight on offer, ERCO’s human-centric lighting system plays an important role in bringing natural variation to the workspace over the course of a day. While other lighting systems can create a fixed blanket of illumination, that’s not the case here. The Atrium Double Focus pendants help to support the circadian rhythm, with dimming capability, tunable white light and glare control. These can-shaped pendants bring the high ceilings into the lighting scheme, casting illumination both up and down to create the appropriate mood for different moments.

They are supported by Jilly track downlights in the single-storey spaces, which use wide and oval beam distributions dedicated to work environments. This allows large spacings between the luminaires. The track downlights ensure that light is directed only to the places where it’s needed, to increase visual comfort. Pantrac track lights also feature, illuminating the walls to make the space feel more open and expansive. This increases the perceived brightness of rooms, since humans perception is stimulated more by illuminated vertical surfaces rather than by light on a horizontal plane.

‘You look at scene-setting, you look at the changing nature of the body,’ says Allford. The goal, he explains, is to show it’s possible to create dynamic lighting conditions even when you’re dealing with a windowless space, offering an alternative to the standardised lux settings prescribed by the industry. In this way, the lighting becomes a research project of its own. ‘You're looking at the impact of light, rather than the fittings,’ he states. ‘It's this idea that you're not looking at holes in the ceiling, you're looking at sources of light landing on surfaces.’

The changing nature of today’s workplace, particularly in light of Covid-19, meant that flexibility had to be ingrained within the interior from the outset. One way AHMM achieved this was Jack, a modular system consisting of box-like plywood cassettes. The Jack system makes it possible to create meeting rooms that can be taken down and reconfigured in a matter of hours. Here, this means that the office can be adapted as the size of the team grows or shrinks.

The ERCO system supports this need for flexibility. On the one hand with the Casambi Bluetooth- control system. Using an iPhone or iPad, the Bluetooth-enabled luminaires can be easily programmed to suit new layouts. Additionally, the track downlights can be physically rearranged with ease, by simply mounting them in a different part of the track. Each desk is also equipped with its own Lucy task light, giving employees more control over their immediate environment. ‘It’s a theatrical idea of flexibility,’ says Allford. ‘It's about personality and character. You can move a wall, you can move a light, you can change your light source, so people can remake their environment depending on their mood.’

As London begins its recovery from the pandemic, AHMM staff are now adjusting to routines that combine a return to the office with some continued working from home. Meanwhile Allford is gearing up for a period of change, combining architectural practice with a two-year term as president of the Royal Institute of British Architects (RIBA). The architect believes that the new, more flexible models of working will only serve to strengthen the creative culture in office buildings like White Collar Factory.

‘Years ago, in a famous furniture shop, I saw this sign that said, work is not a place you go, it is a thing you do,’ he said. ‘You could say the pandemic reinforced that idea, but I fundamentally disagree. I think work is a place you go to do things. That idea of leaving your home, coming into a different kind of environment and meeting with people is the culture of creativity. It's absolutely vital.’ 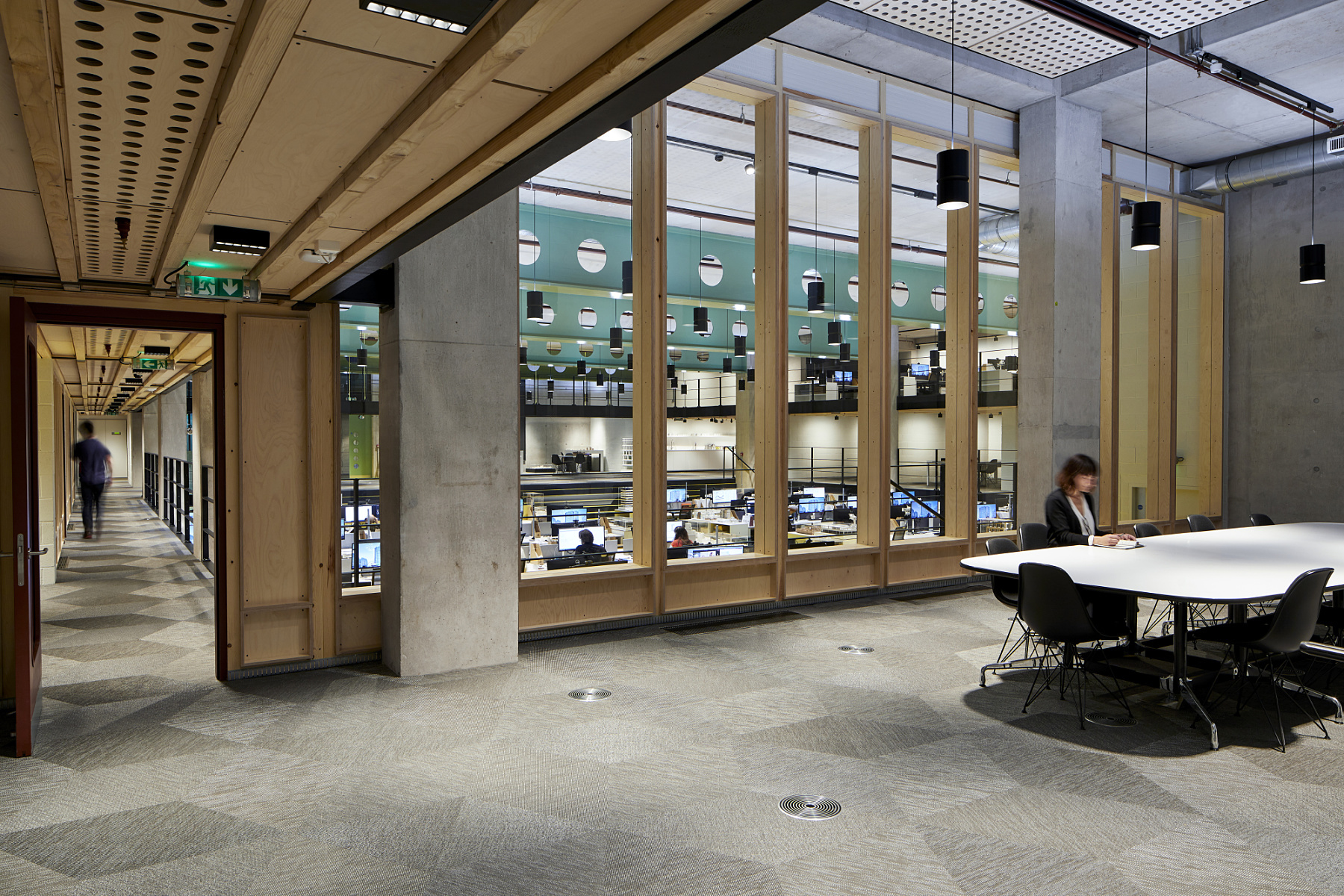 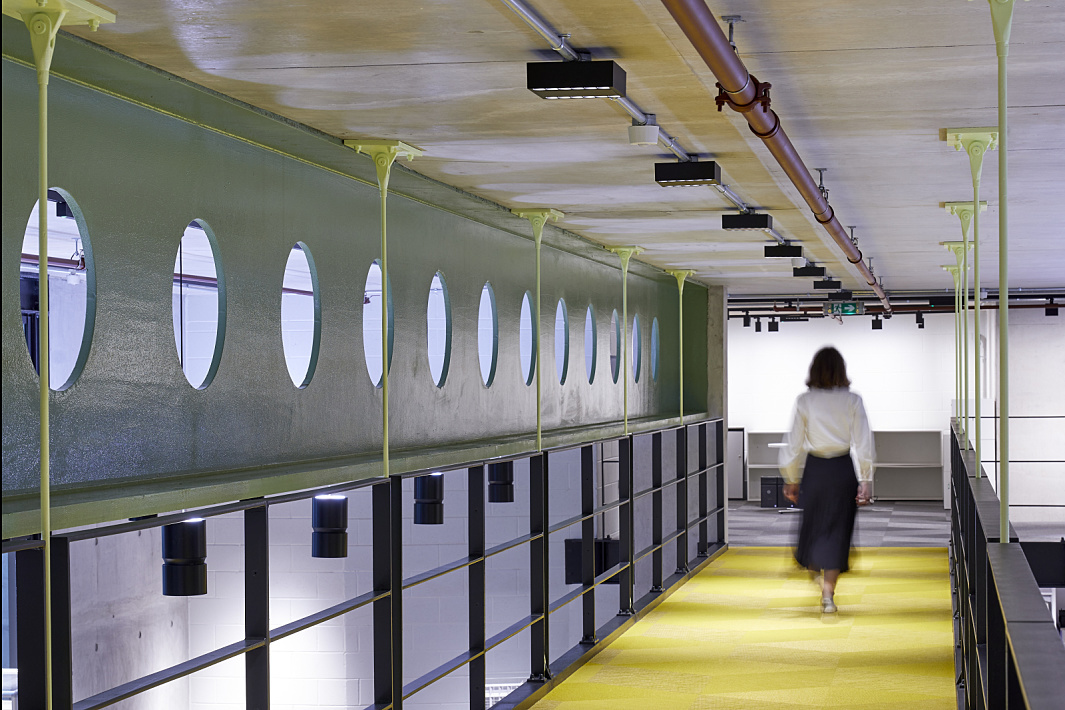 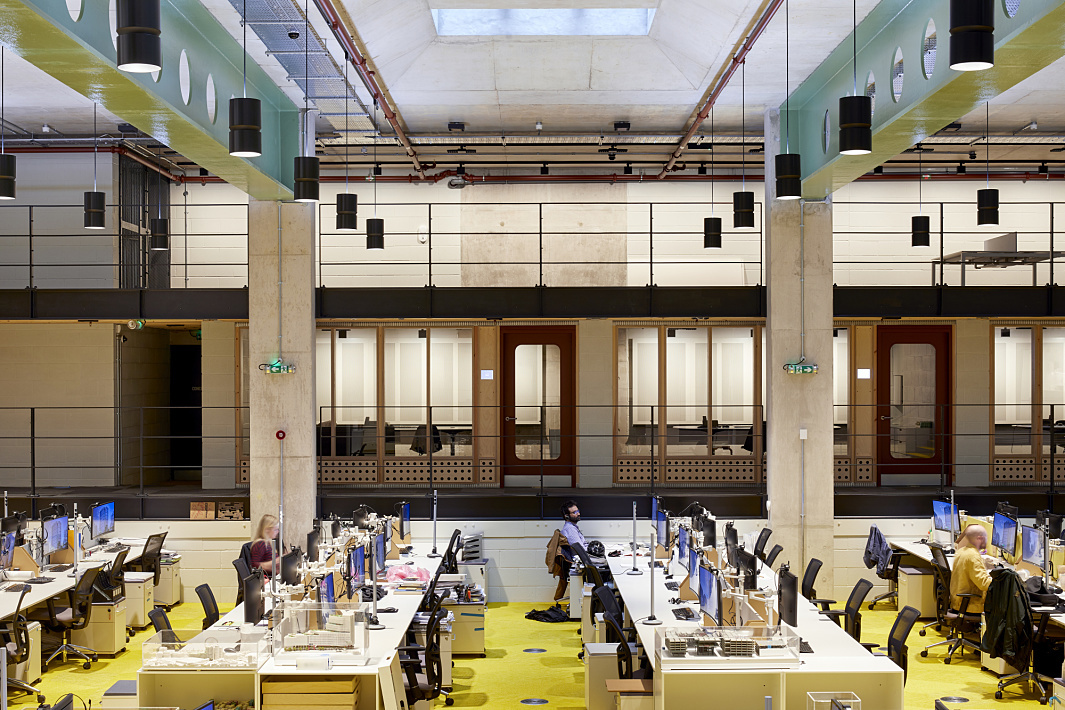 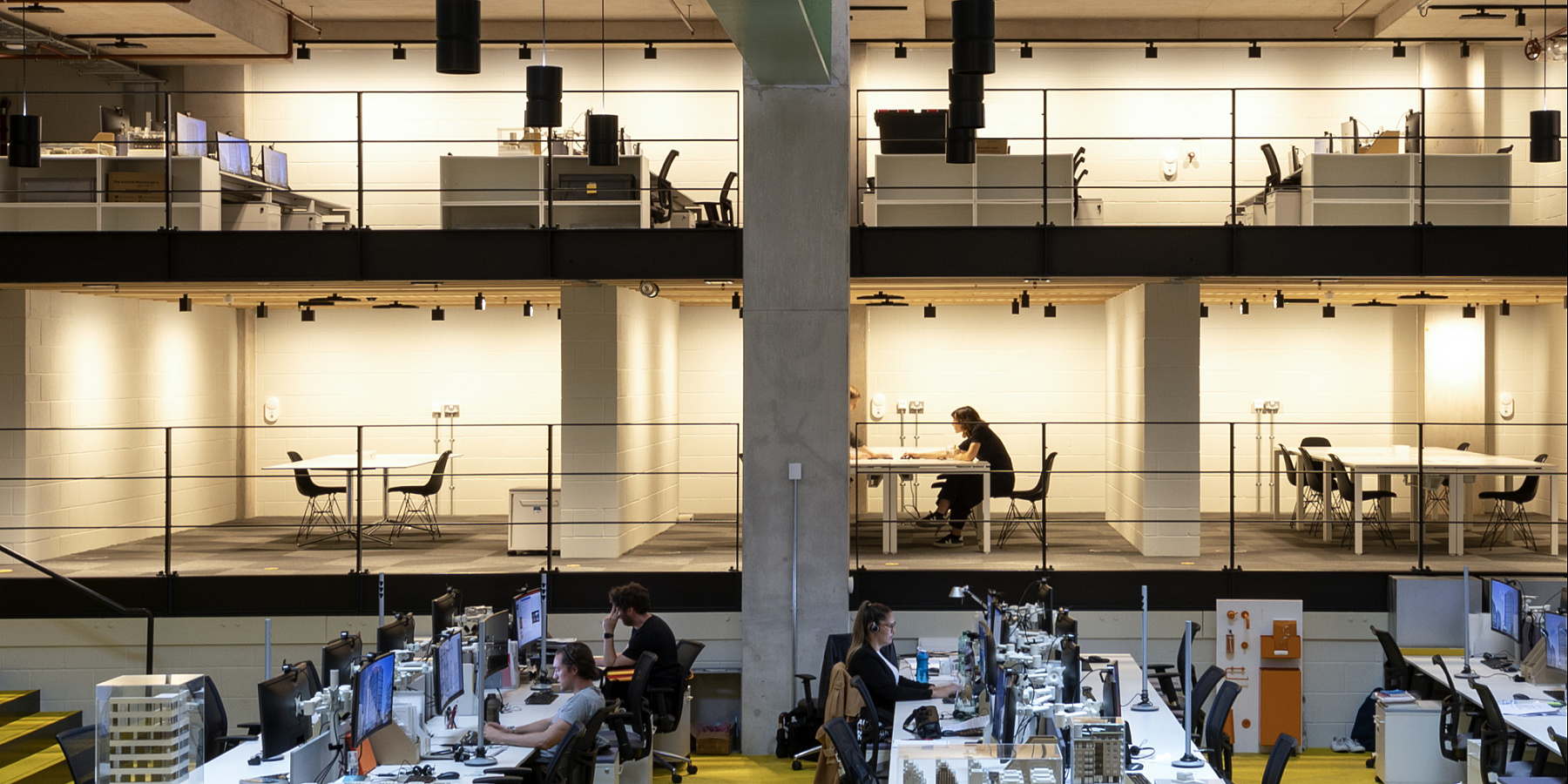