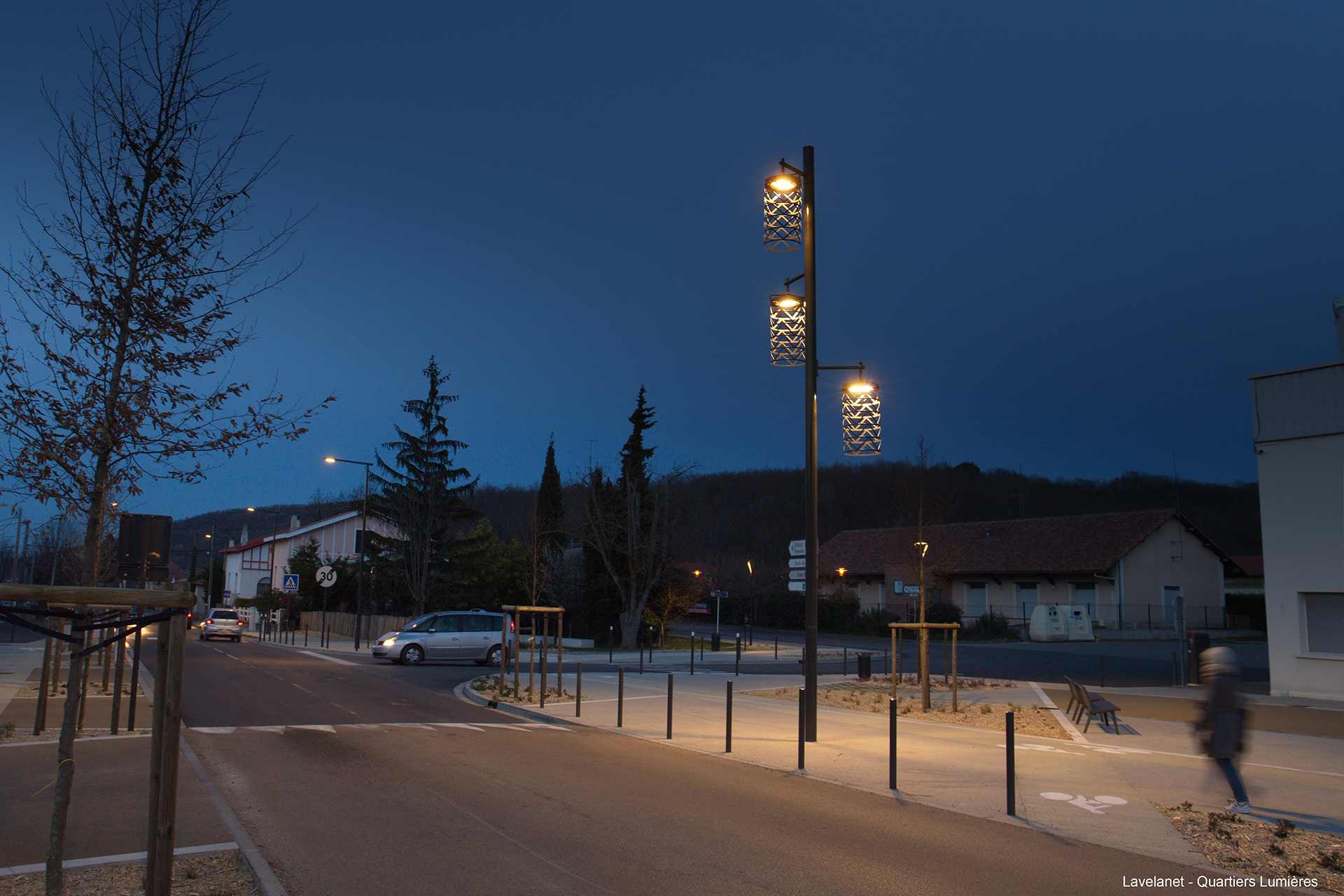 The city of Lavelanet, at the foot of the Pyrenees, is renowned for its rich industrial activity and its past linked to the textile industry.

When looking to the future, the local authorities in consultation with the local population, launched the “Lavelanet 2050” plan to revive the city centre. The goal was to recreate attractive public spaces and make them easily accessible by promoting active mobility.

The first phase of the project in 2017 consisted of redeveloping Avenue Alsace Lorraine to create a welcoming entrance to the city. The rehabilitation, led by the Architecture & Paysage agency, was to improve the city’s walking and cycling connectivity with a green and secure route.


A highly distinctive entrance to the city

To create a distinctive identity for people arriving into the city, the local authorities commissioned the lighting designer Lionel Bessières from the Quartiers Lumières agency to design a unique lantern for the avenue.

Lionel Bessières, decided to build this creation around the YOA, a high-performing lantern fusing modern design and cutting-edge technology. In collaboration with Schréder STUDIO, the lighting designer created a mask, to give the luminaire and the avenue, a unique identity.

The pattern of the mask was inspired by “carding”, a process of disentangling individual fibres using dividing and redividing steps to reflect the city’s glorious past as a textile flagship. To accentuate the character of the city even more, the mask has an “open” design to reveal the Pyrenees in the backdrop.

The mask was also designed so that any potential maintenance operations are easy and simple to carry out.


Improved environment for all

In addition to improving the urban landscape for pedestrians and cyclists, the new lighting also had to preserve the local biodiversity and respect the French laws regarding light pollution.

The lanterns are fitted with warm white LEDs (3,000K) and integrate a bi-power system to reduce the light levels during the night, saving energy and ensuring a more natural habitat for wildlife.

The city council is delighted with the new lighting, which in addition to giving residents more confidence to make their journeys by bike or by foot after dark, has created a work of public art to highlight the city’s character and enhance its stunning scenery. 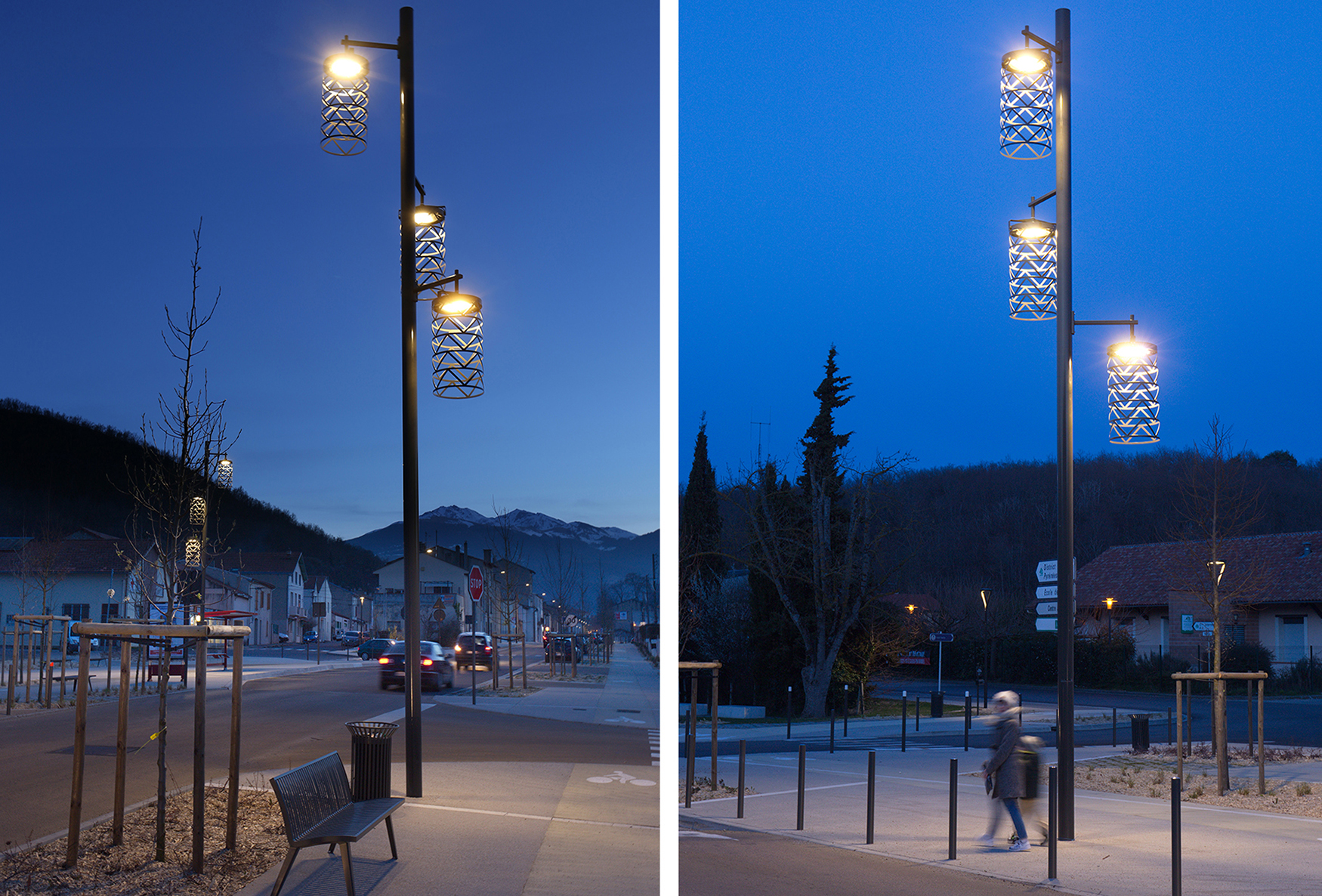