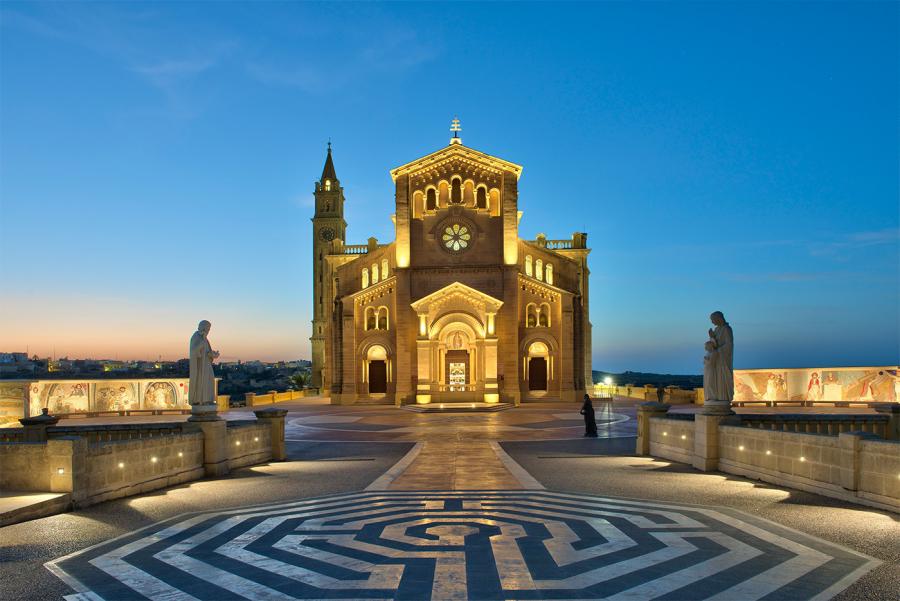 Għarb, Malta
The lighting in this Roman Catholic basilica on the island of Gozo has been refurbished in several stages over the last few years. The most recent intervention involved the tiered facade, where various architectural elements are highlighted by the new lighting. These include the pilasters, picked out by the light from Neva linear profiles with 60 pitch and elliptical optics; the columns supporting the arches at the entrances, whose contours are silhouetted against a backlight; and the mullioned windows, whose internal profiles are accentuated by Lyss projectors.

The spacious churchyard features large Byzantine-style mosaics placed on curved walls suggestive of the open arms of an embrace that Pope Francis spoke of in 2017. The mosaics represent the mysteries of Christ's life condensed in the rosary and were made between 2015 and 2017 by the Centro Aletti in Rome. They are lit by Kleo projectors placed between the benches. These make the red and gold inserts stand out particularly well, thanks to the high colour rendering index of the LED light sources.

On the raised area in front of the portico, three linear profiles are recessed flush with the floor. These fixtures emit a diffuse light and are switched on during outdoor celebrations, when a temporary altar is set up to celebrate the services. 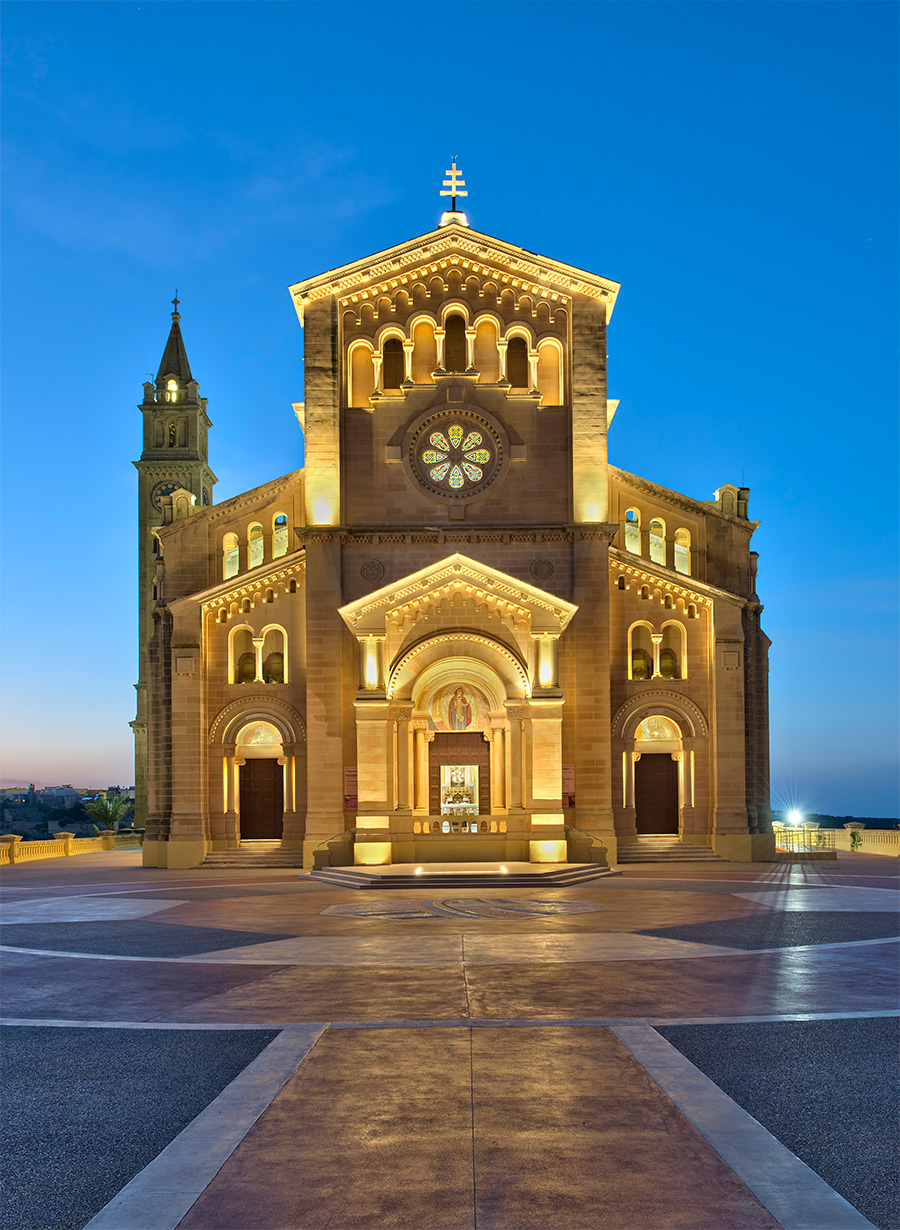 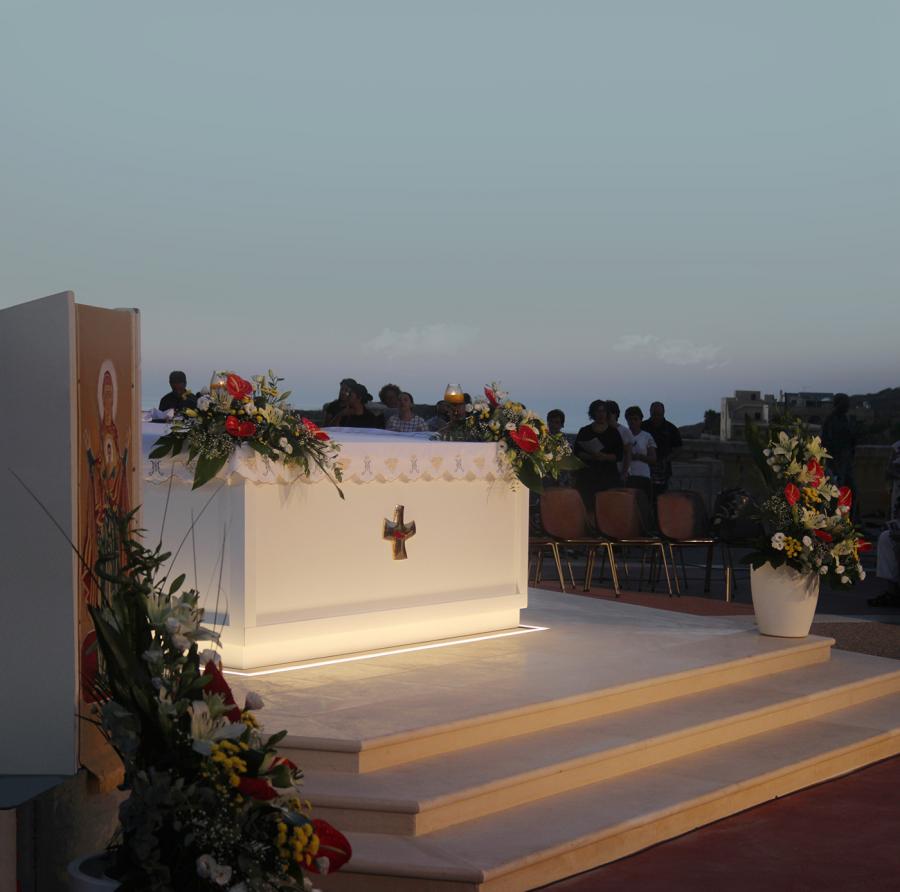 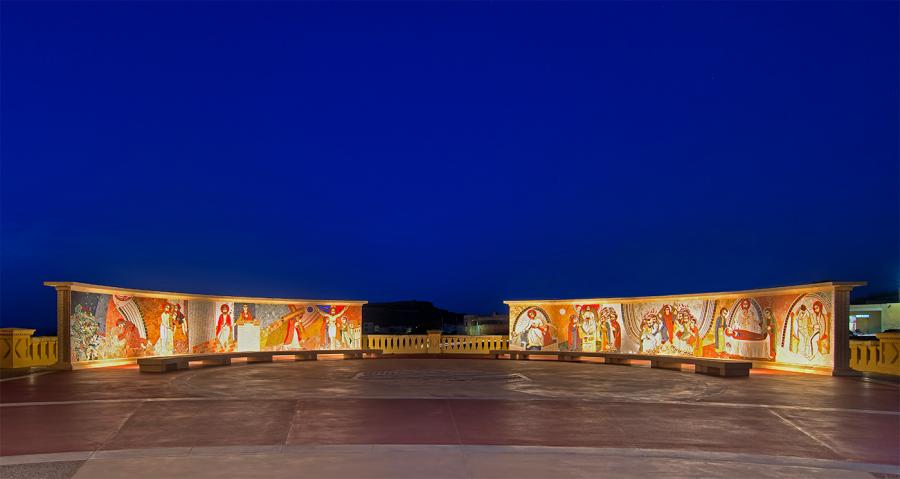