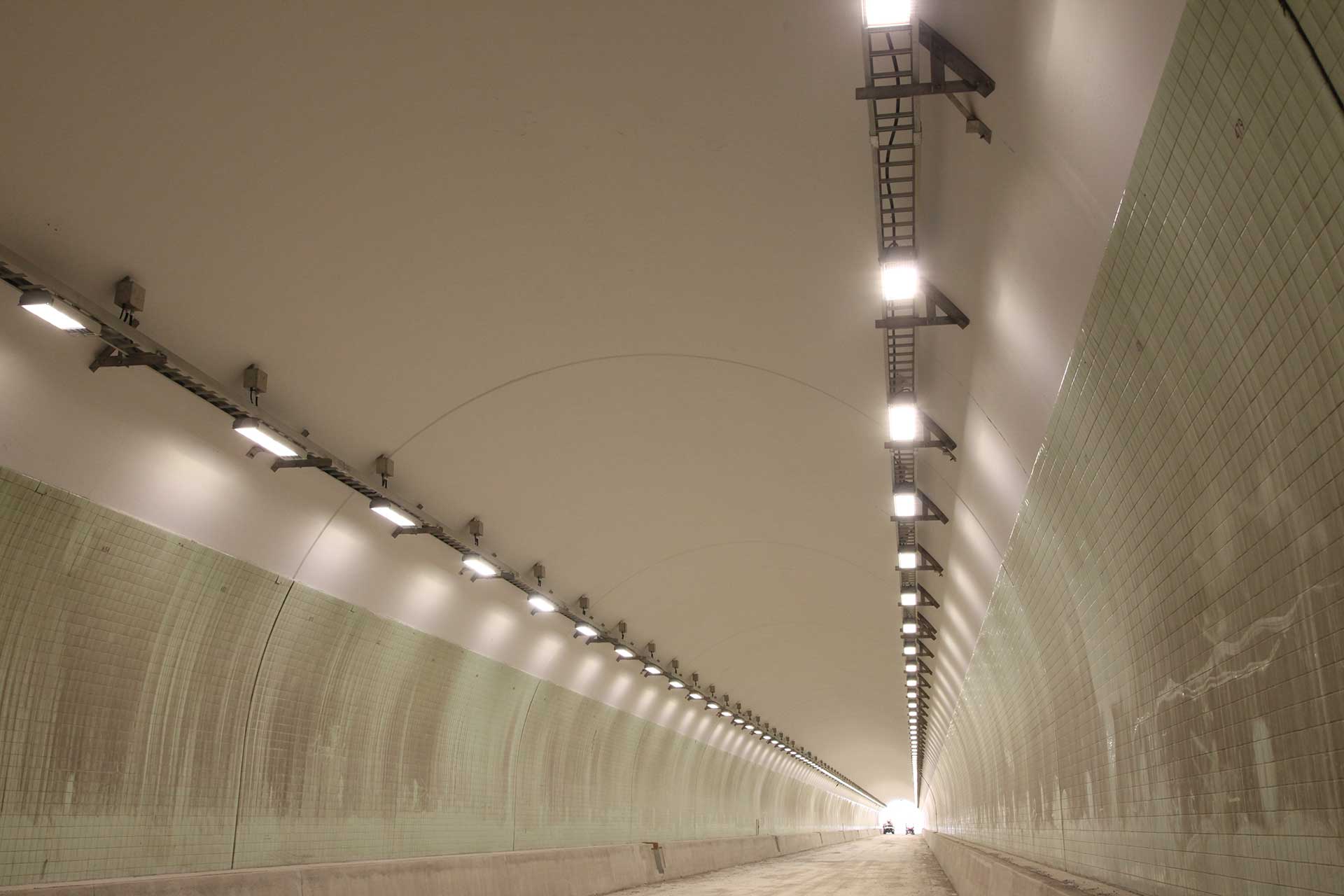 The Carlin Tunnel consists of two bores - each is on average 1,394 feet in length and 33 feet wide. Previously, the tunnel was lit with a combination of 100W, 150W, and 400W high-pressure sodium (HPS) luminaires.

In 2013, the Nevada Department of Transportation (NDOT), in co-operation with the Federal Highway Administration, decided to replace the lighting in this tunnel as part of a larger project to improve Interstate 80 through the Carlin Tunnels area in northeastern Nevada. This project, of approximately $31 million, included enhanced roadway drainage, new concrete near tunnel entrances and the new lighting solution.

They opted to light the tunnel with the FV32 LED tunnel luminaire. Each 240 LED version of the luminaire consumes 266W, while the 120 LED version consumes 131W. Overall, the new FV32 LED lighting system results in a significant decrease in energy consumption and the number of luminaires, from 1,253 to approximately 789. The white light provided by the LEDs also increases comfort for tunnel users.

'The Nevada Department of Transportation’s objectives for the lighting solution were a lower energy consumption, an effective control system and a tunnel that satisfies the IES RP-22-11 tunnel lighting standard at all times. NDOT was able to realize these goals using Schreder’s FV32.' - Lori Smith, Sales Manager – Schréder

The updated lighting solution also includes a new tunnel lighting control system which incorporates dynamic dimming that responds to ambient light levels on both the inside and outside of the tunnels. 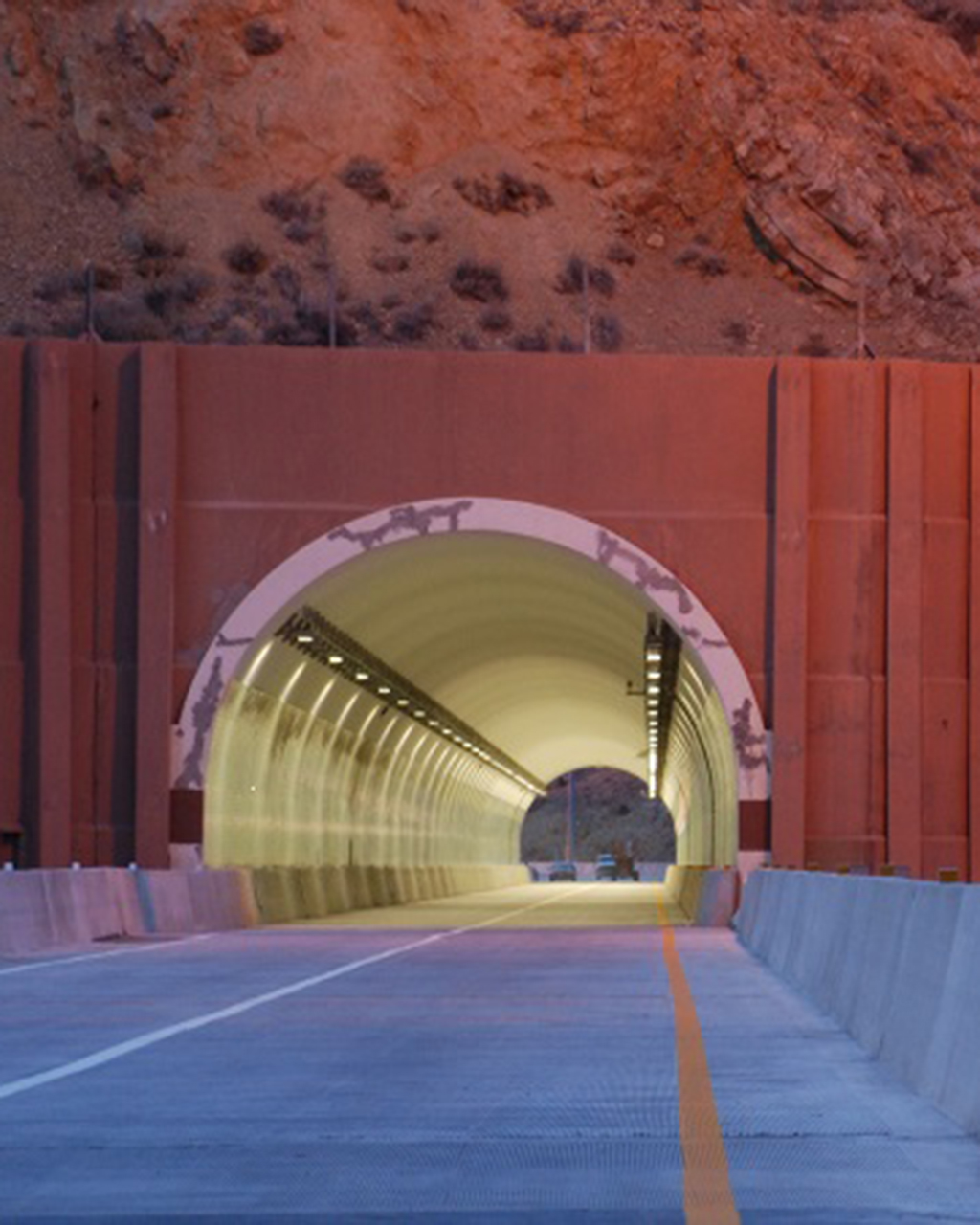