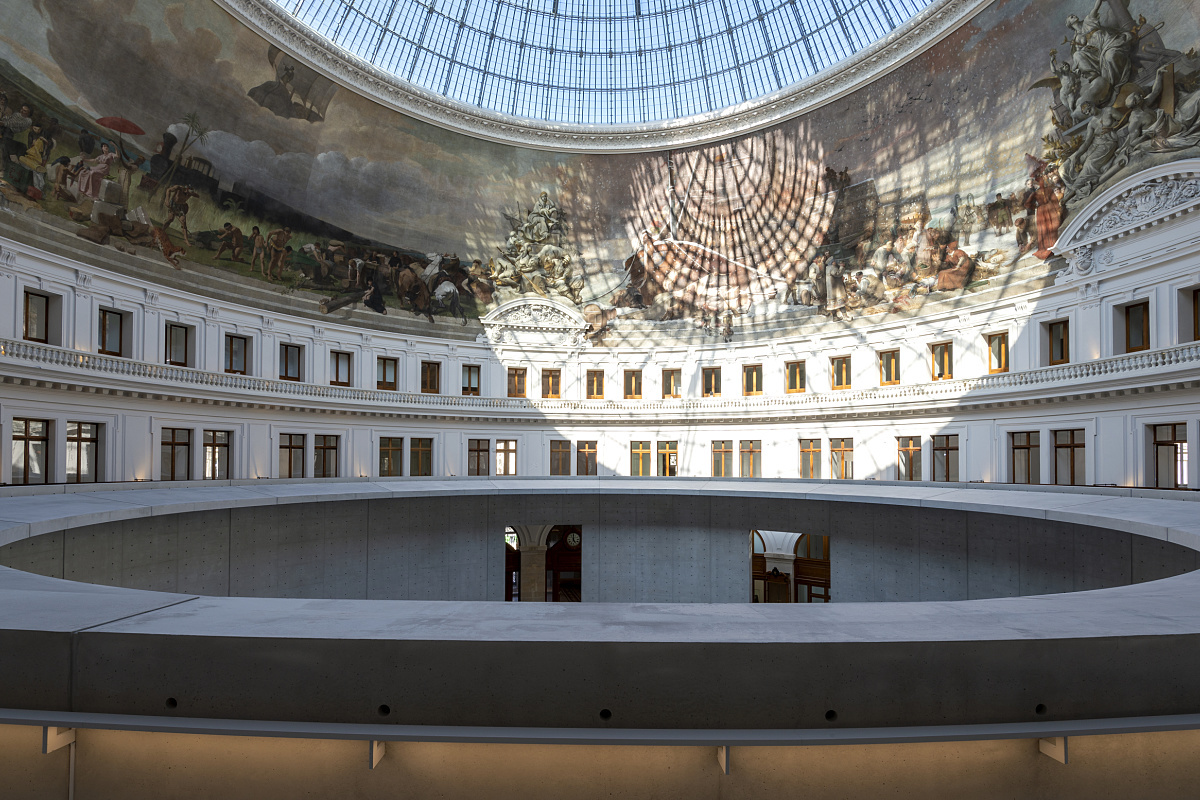 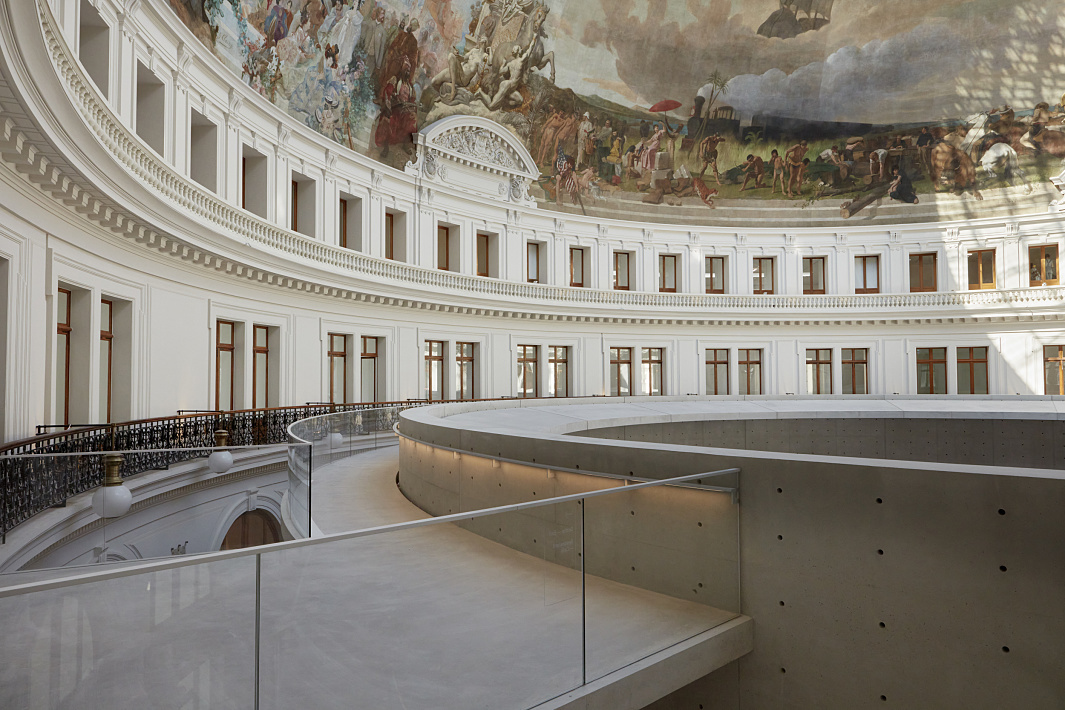 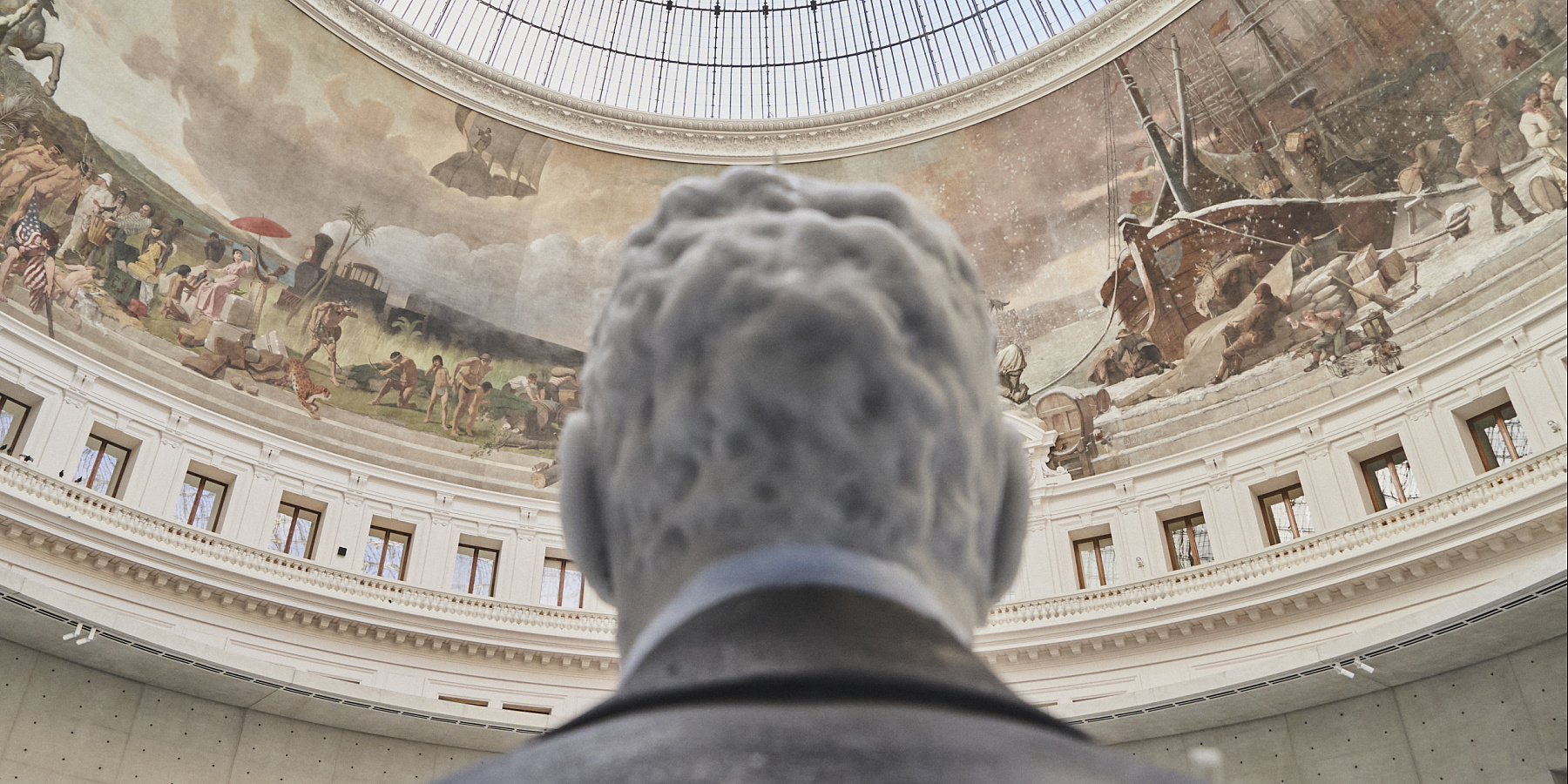 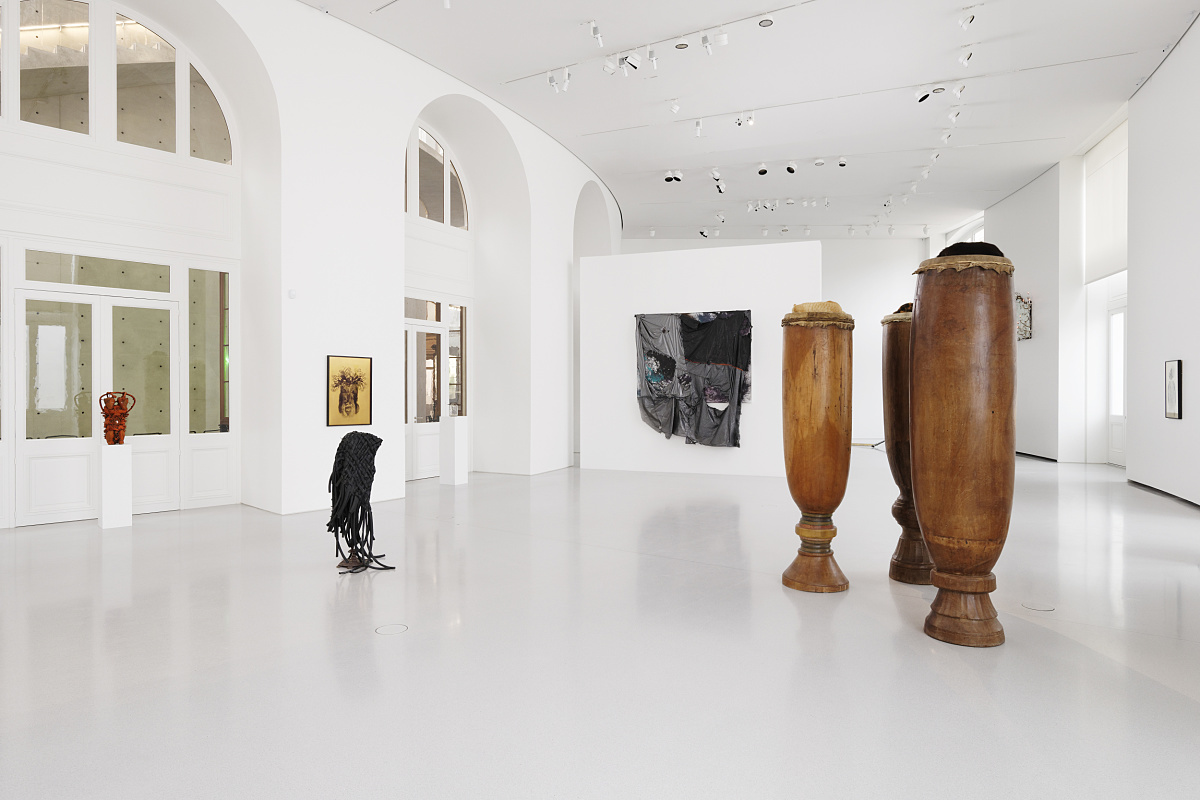 Entrepreneur and multi-billionaire François Pinault has already filled two Venice museums with works sourced from his extensive private collection of art. He recently commissioned Japanese star architect Tadao Ando to upgrade the historic Trade Exchange in Paris into an exhibition space. The glass-domed building from 1889 was equipped with a monumental inlay of exposed concrete, around which various galleries are grouped. Aura Studio developed the lighting concept for the changing exhibitions of contemporary art and ERCO supplied flexible LED spotlights on track.

Strategically located between the Louvre and the Centre Georges Pompidou, the impressive circular building of the Bourse de Commerce has been welcoming visitors in the form of the Pinault Collection since the spring of 2021. Constructed in the 18th century as a ring-shaped grain hall, it was enhanced with a fenestrated dome a few decades later and subsequently served as the commercial exchange of Paris. Monumental murals from 1889 depicting the global trading activities of the colonial power France vault the centre of the listed domed building as an impressive 360-degree panorama. French entrepreneur and patron François Pinault, who took over the building from the city of Paris on a hereditary lease for 50 years, has now had the rotunda upgraded to befit the needs of a listed building. Under the aegis of Japanese architect Tadao Ando and with the help of local firm NEM Niney et Marca Architects, the Bourse de Commerce has been transformed into a temple for the highly qualitative contemporary art from Pinault's private collection.

The doyen of architecture Ando realised a gigantic exposed concrete cylinder with a diameter of 30 metres below the central glass dome. The nine metre-high inlay is designed as a temporary structure within the historic shell and can thus be disassembled after expiry of the lease period. The element creates a quiet space within the existing building for contemplative experiences of art and separates this from the surrounding access routes and entrances to the individual exhibition spaces. Stairs lead to the galleries on the upper floors along the outer skin of the concrete cylinder. A total of seven galleries form a fascinating spatial structure: no two are alike in layout, some have relatively low room heights and others have double-height. The daylight situation in the interiors is also diverse: some spaces receive high levels of light via large-format windows in the facade whilst others have very little or no natural light.

The expressive architecture and the strongly varying daylight situation in the individual galleries presented particular challenges to the lighting designers from Aura Studio in Paris. The team under Vyara Stefanova and Julia Kravtsova Levée has made a name for itself for premium museum lighting. They were commissioned to develop a lighting concept that not only perfectly illuminates the inaugural exhibition of the Bourse de Commerce – Pinault Collection Paris, but can also be modified to the needs of future temporary exhibitions. The exceedingly high flexibility of the system of ERCO LED spotlights on track, which can be adapted to changing exhibition situations thanks to interchangeable lenses, was a major plus for the designers.


"Our choice for ERCO LED lighting tools in all exhibition areas was determined by their quality of light, their purist design, their precision in colour temperatures and stability of colour tones (MacAdam Step), their efficiency and reliability, and their ease of use," states lighting designer Vyara Stefanova.

Aura Studio met the specification of the curatorial team for displaying the exhibition rooms and exhibits with the most natural-looking, inviting lighting possible by providing highly uniform artificial lighting with neutral white light. This enters into a finely tuned dialogue with the respective daylight situation in the rooms and is DALI-controllable. The lighting designers also placed accents of warm white light on individual exhibits for effects of subtle emphasis. Spotlights from the Parscan and Optec product ranges as well as Pantrac wallwashers were used. The spotlights themselves with white luminaire bodies mounted on white track blend visually into the background within the "white cube" gallery spaces. Aura Studio sees the cylindrical shape of the luminaires as a reference to the characteristic circular motif of the historic rotunda and as an echo of Ando's monumental concrete inlay.