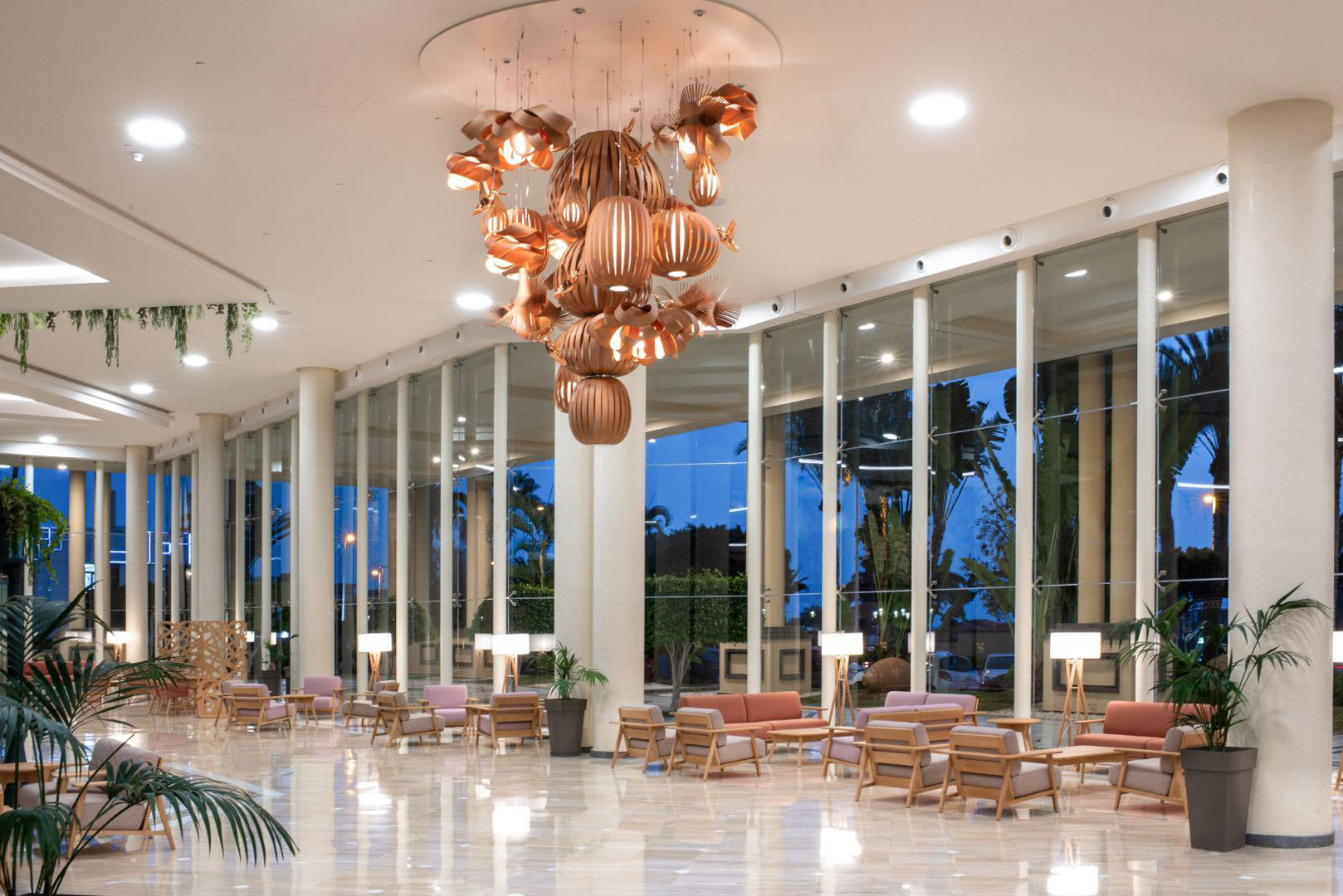 LZF’s Candelabro hangs in the lobby of the five-star GF Gran Costa Adeje Hotel on the Canary Island of Tenerife. The hotel was designed by the architect and interior designer Mayte Calzadilla (of Grupo Fedola) and Kaudex, a furniture manufacturer specialising in hotels. The Candelabro’s presence in the hotel lobby is impressive—it is very much the centrepiece of this large, contemporary space.

The Candelabro is a showpiece for LZF’s work with natural wood veneer. A commanding display of creativity, craftsmanship, and technical competence, this truly brilliant composition was imagined by LZF co-founder Mariví Calvo, a celebrated design virtuoso.

The Candelabro is a majestic creation, one that embodies LZF’s love for avant-garde concepts and playful forms. Its design is traditionally made up of six different LZF lamps: Agatha, Minimikado, Pod, Poppy, Raindrop, and Totem. This version of the Candelabro for the GF Gran Costa Adeje Hotel is especially striking, with the inclusion of the Link pendant in its make-up.

The Candelabro is arranged in a manner that cleverly highlights each individual element and presents a striking formation when viewed as a whole. There is a sense of theatre with this special lamp, something that Mariví Calvo further embellishes with the addition of several charming ceramic birds, each one finished in a gold glaze. These birds hover with poise among the Candelabro’s various lighting components, in a scene that is alive and captivating. 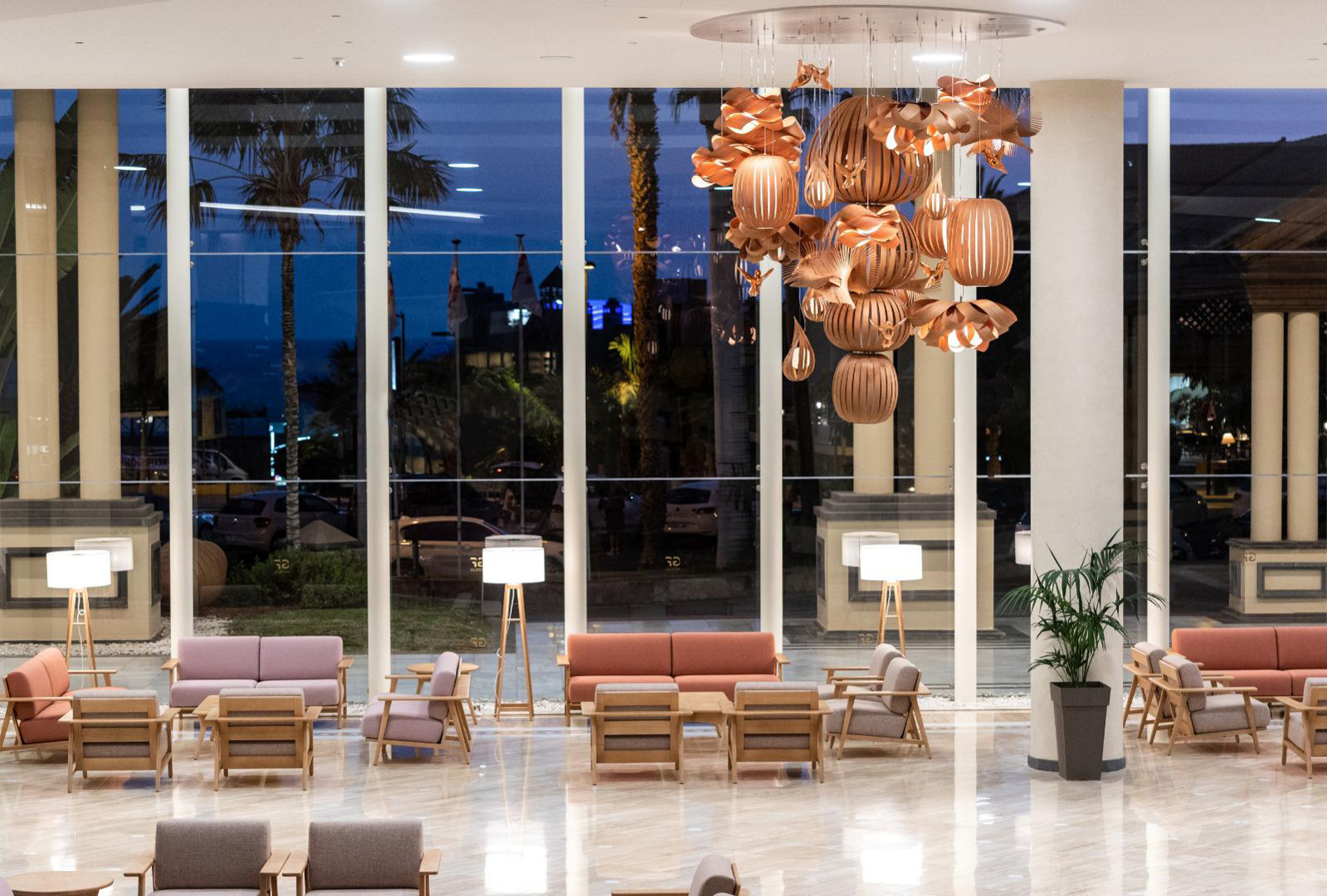 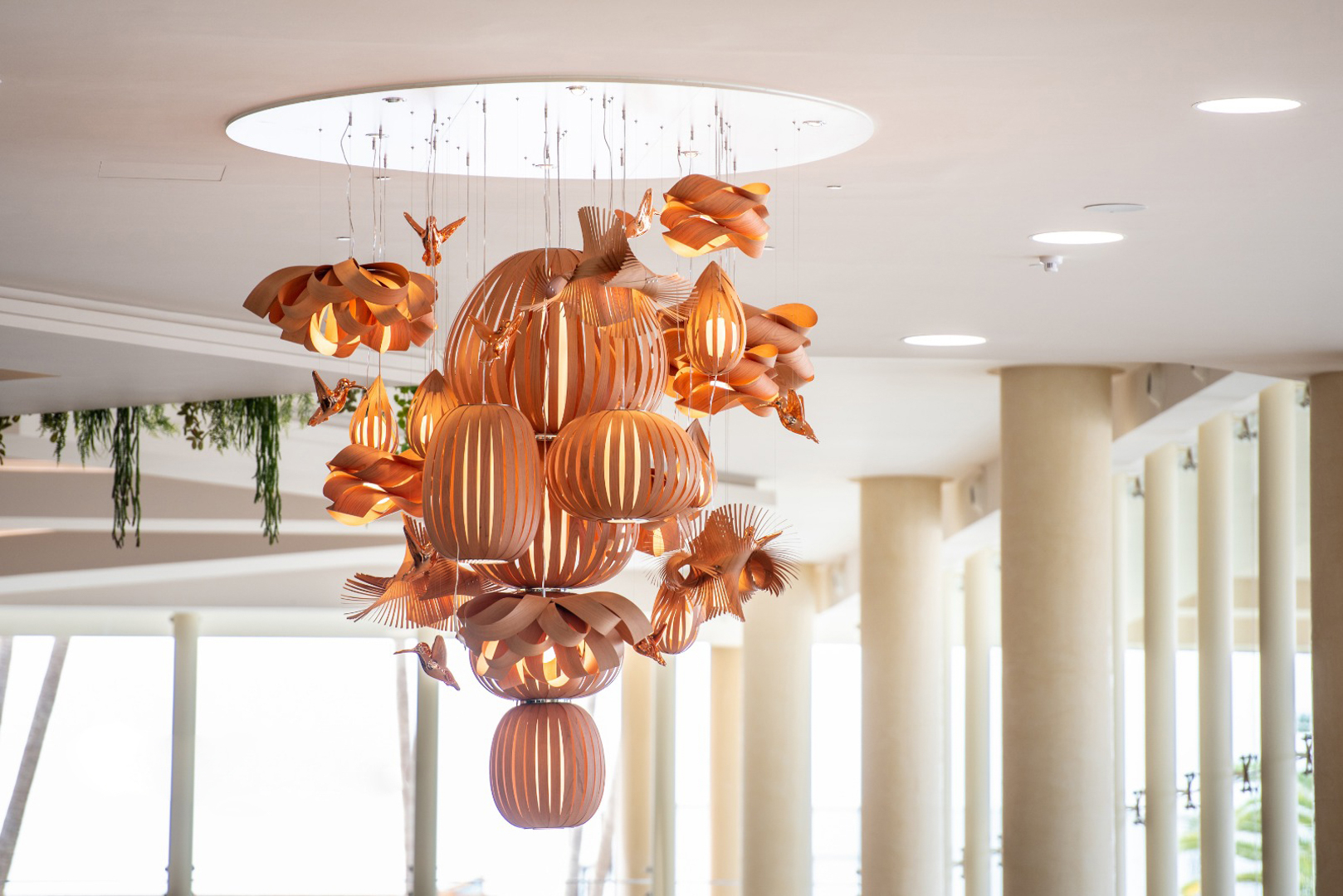 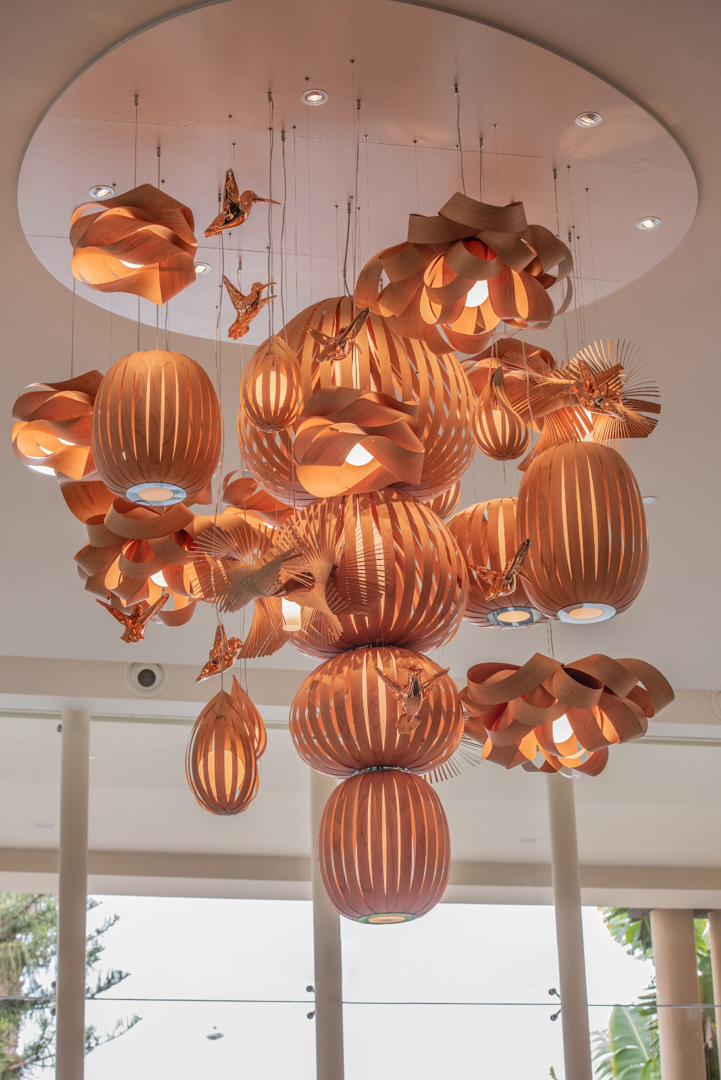