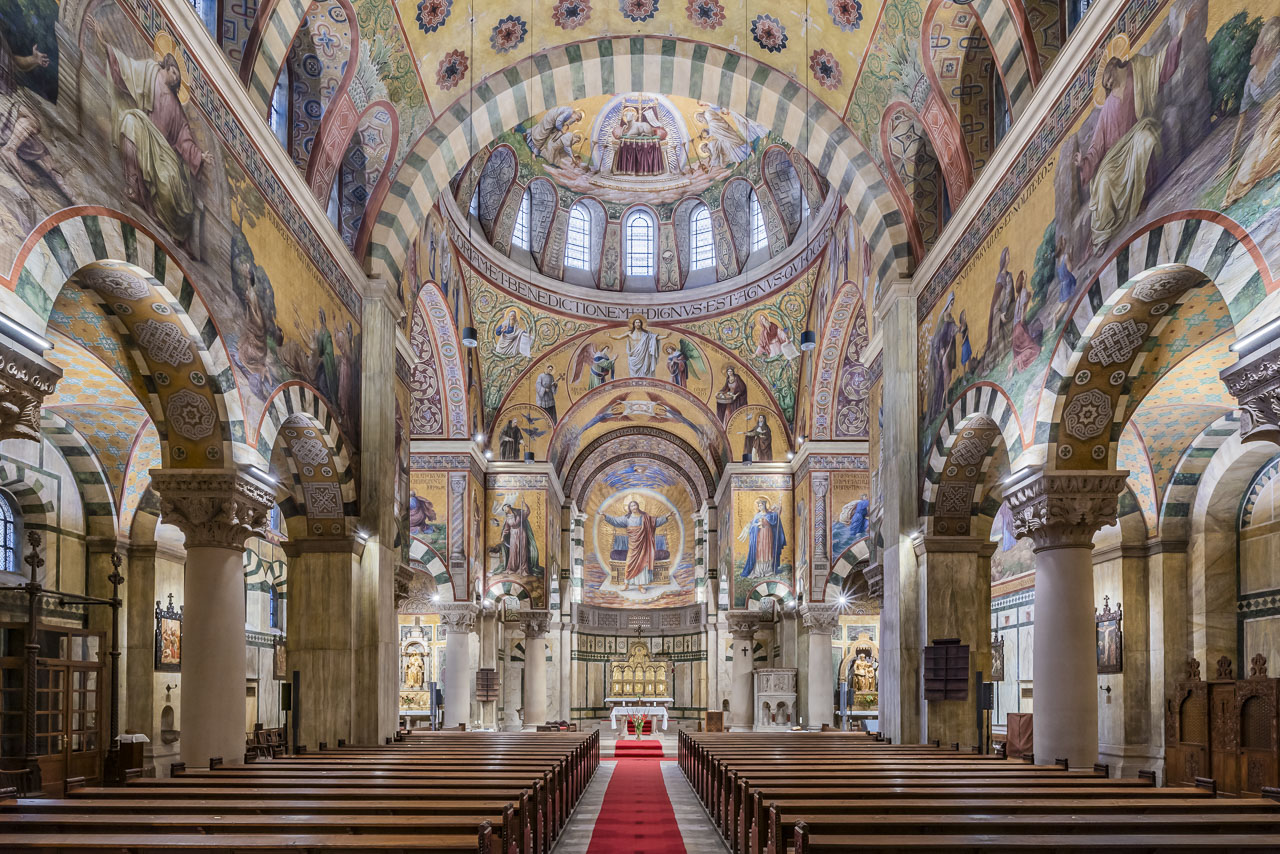 In order to see colours, we need light. This can be experienced impressively in the Catholic church in Berlin’s Prenzlauer Berg district.

In the course of the ongoing restauration of the interior which began in 2017, an artificial lighting concept was reworked in 2020. To meet the requirements of the light planner, Christoph Achtelik, mawa took the one piece ceiling uplight and developed two custom lighting types from it.


Surprising in every respect

Upon entering the catholic church building, an enormous spatial volume unfolds, one that could hardly be imagined from its inconspicuously embedded placement in the narrow street. Further, the visitor is immediately captivated by the decoratively painted interior. Seemingly hard to beat in radiance and colour intensity, it is reminiscent of Byzantine picture churches.

In the central nave, the requirement as much as possible, was to brightly illuminate the barrel vaulting situated high above the column capitals, while at the same time, homogenously lighting the seating rows below without glare.

To that end, four slim lighting elements from the fbl series were integrated into the underside of the inclined front edge of the uplight.

There was a similar requirement profile for the side aisles. The illumination of the cross vaults was to be combined with the accentuation of the framed portraits on the outer pillars. This was accomplished through the integration of a movable light head from the wittenberg 4.0 series. Tilted out from the lighting level, and equipped with the appropriate interchangeable lens, these spotlights bring each of the images to life.

mawa not only meets the design requirements, but fulfills highly technical demands such as freedom from flickering as well. In-house production enables short distances and spontaneous negotiation. Thus for this project, it was possible in short order, to produce an empty housing to help the client better visualize the proposal in the course of a 1:1 dimensional study. 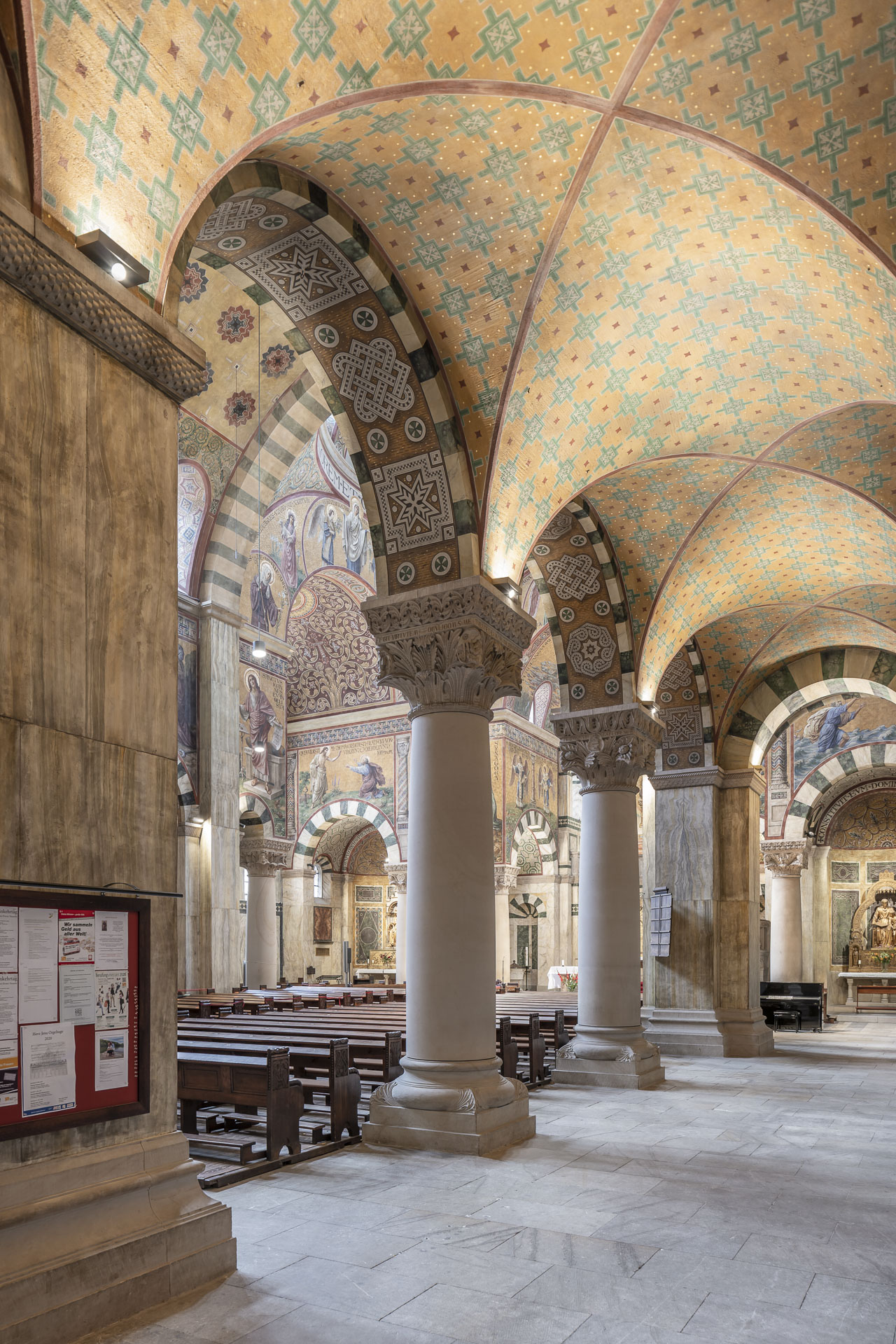 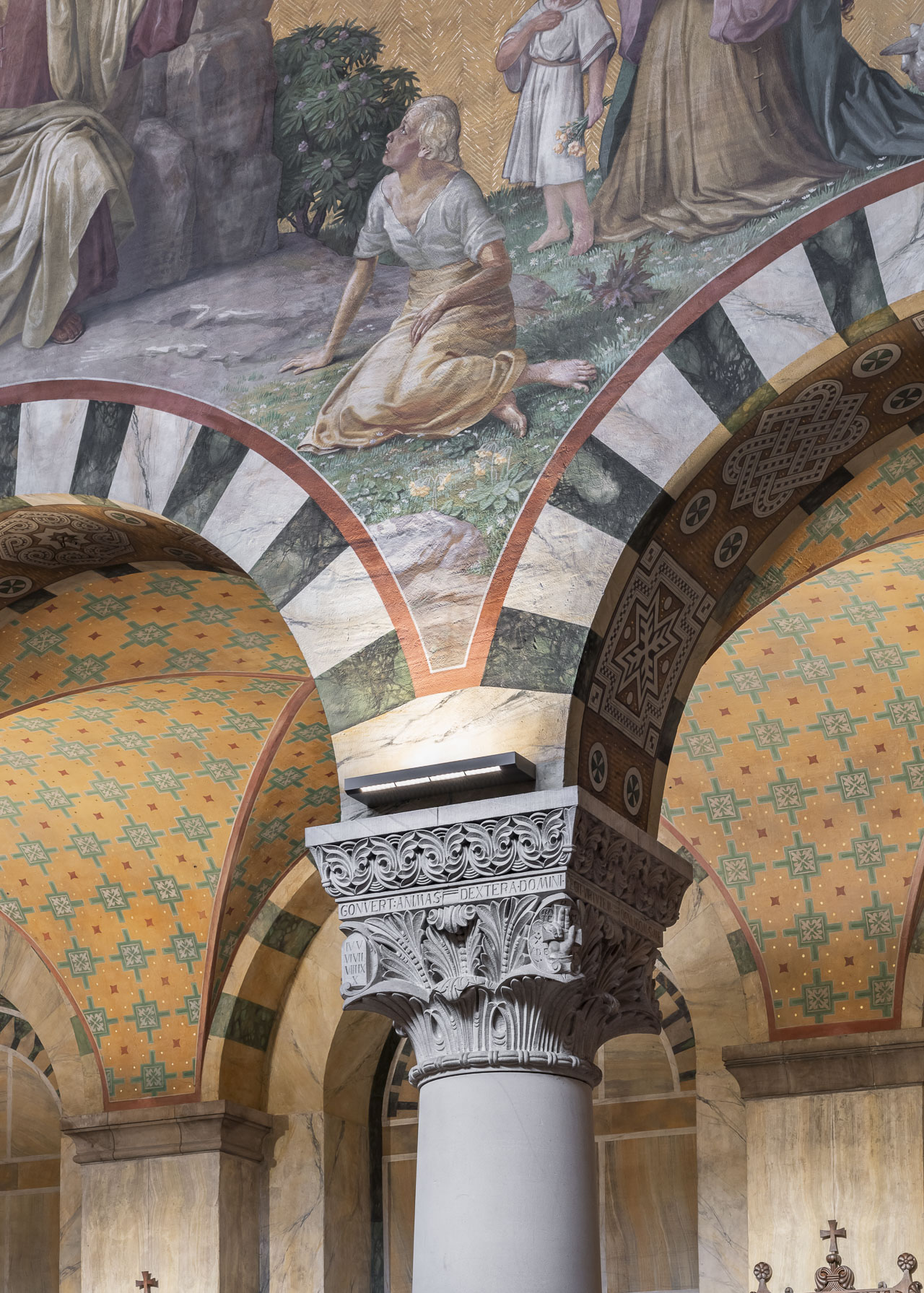 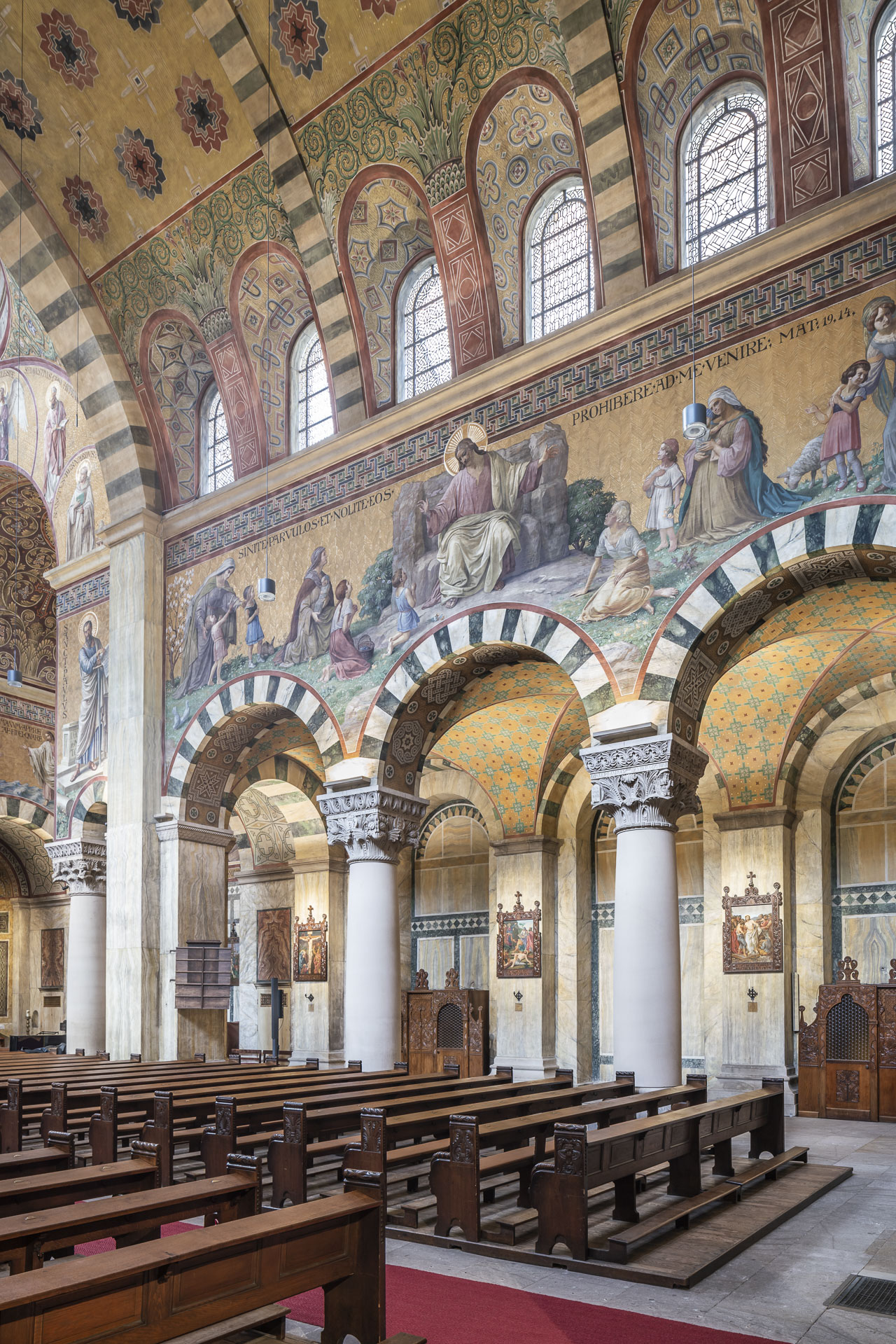