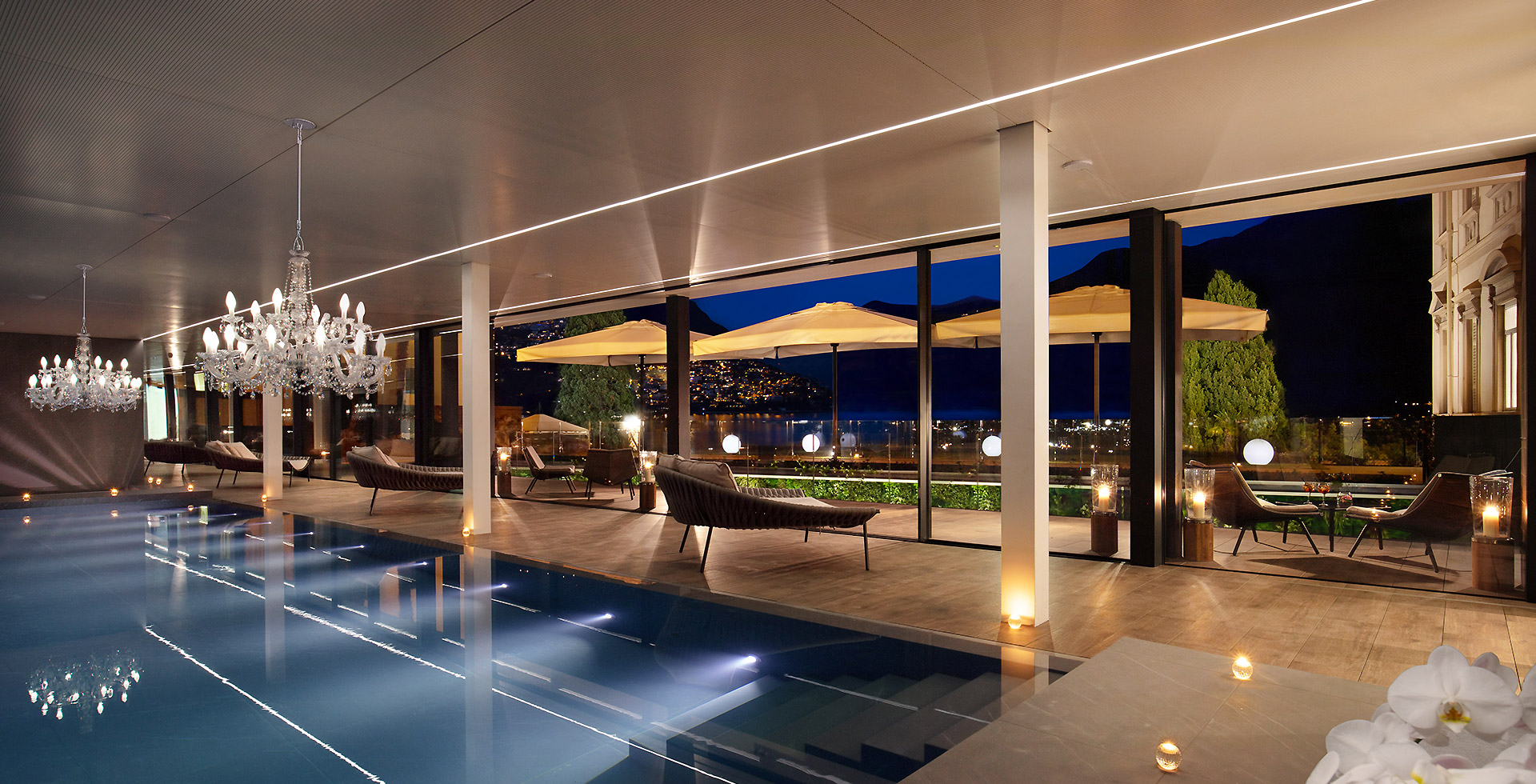 LUGANO, SWITZERLAND
B LIGHT luminaires were used to give light to the project of renovation and extension of the Splendide Royal Hotel, in Lugano (Switzerland).

The architectural project has expanded the historic building through the construction of a new modern wing, while preserving its original nineteenth-century Belle Epoque charm and beauty.

The extension consists of two buildings with opposite purposes: a relaxation area and a reception room, which together with the historical part make the total area of the Hotel to 1.050sqm.

The relaxation area consists of a swimming pool and a spa, with a large stained glass window overlooking the lake. In the corridor areas, as well as in the changing rooms and bathrooms, ATLAS XS R has been used, which guarantees a sufficient amount of light despite the massive use of dark materials in these rooms, thanks to its 12W power and custom optics specifically designed for the project.

The reception room, on the other hand, is a single-span building therefore can accommodate up to 300 diners. Here we also have a fully glazed wall that allows guests to enjoy a splendid view over the lake. The atrium of the reception room has been illuminated using MUSHROOM SMALL PL, an adjustable trimless mounted luminaire with low visual impact.

In the corridors connecting the new and historic buildings, the MUSHROOM MINI PL was used instead, a version with reduced power and diameter belonging to the same family of trimless mounted fixtures.

Finally, several INSERTO MEDIUM 105 W have been installed on the stairs, a bi-emission wall luminaire that lights up the wall and the stair steps with its essential shape. The INSERTO MINI CL-E was used for various cove lightings and other passageways. 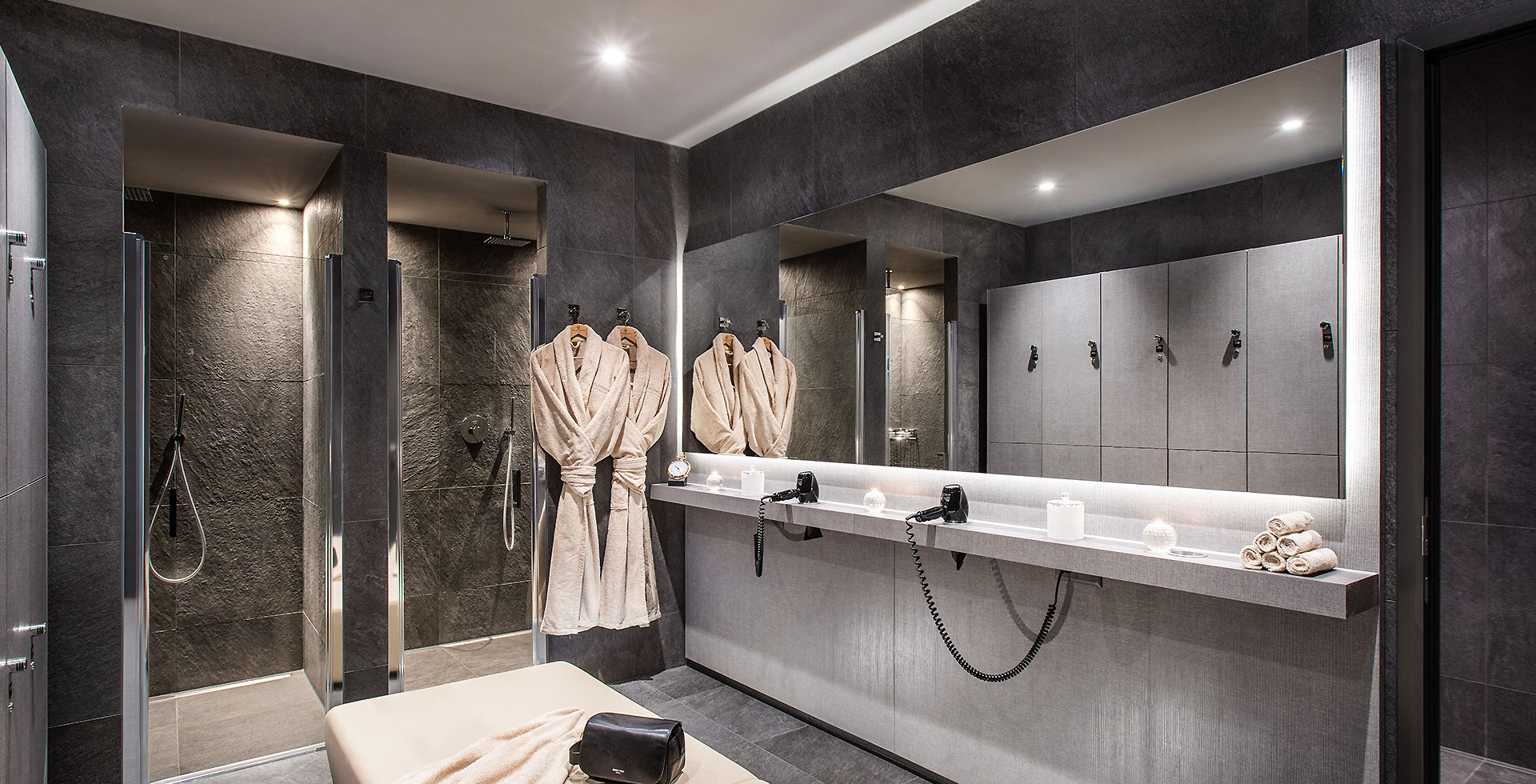 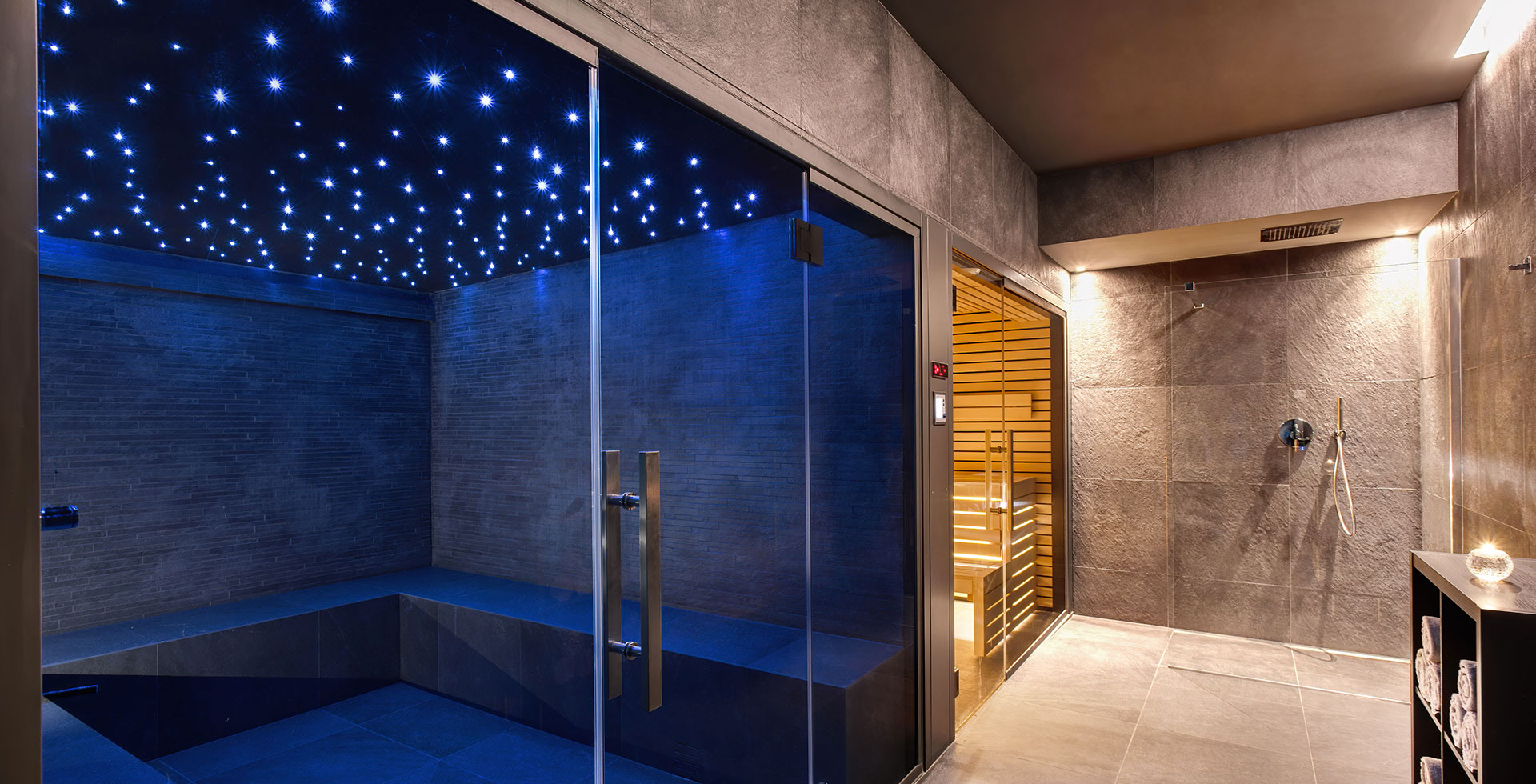 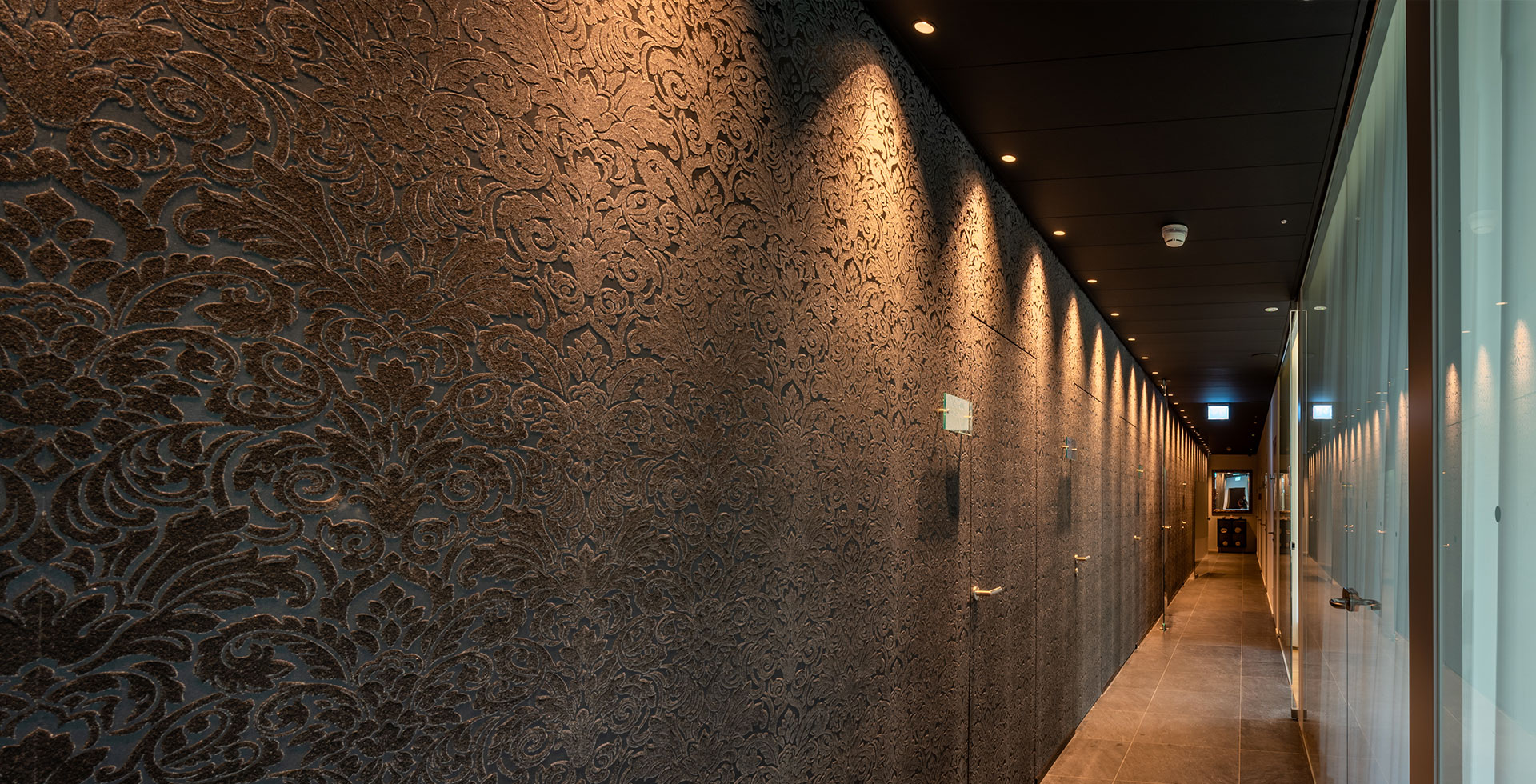 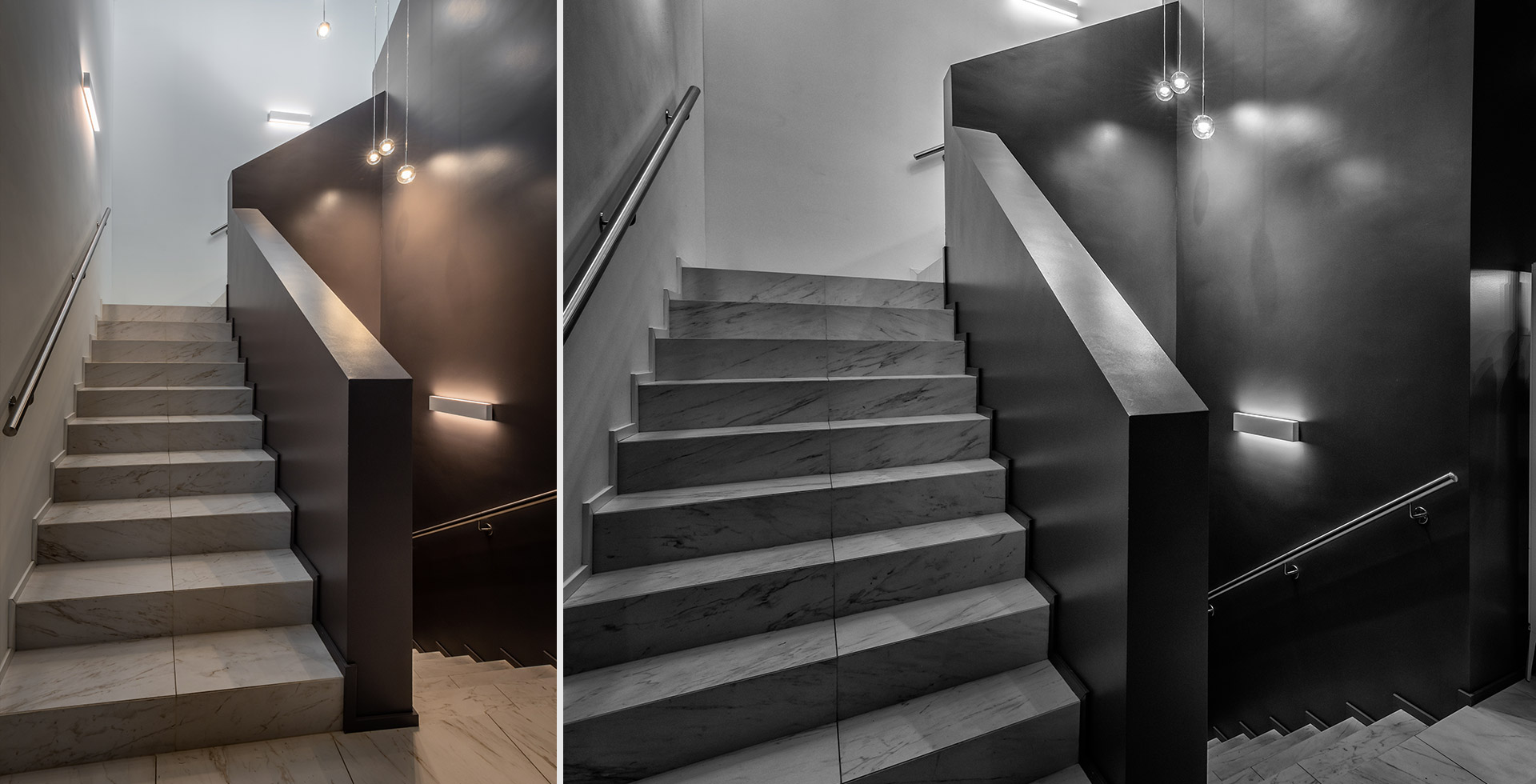