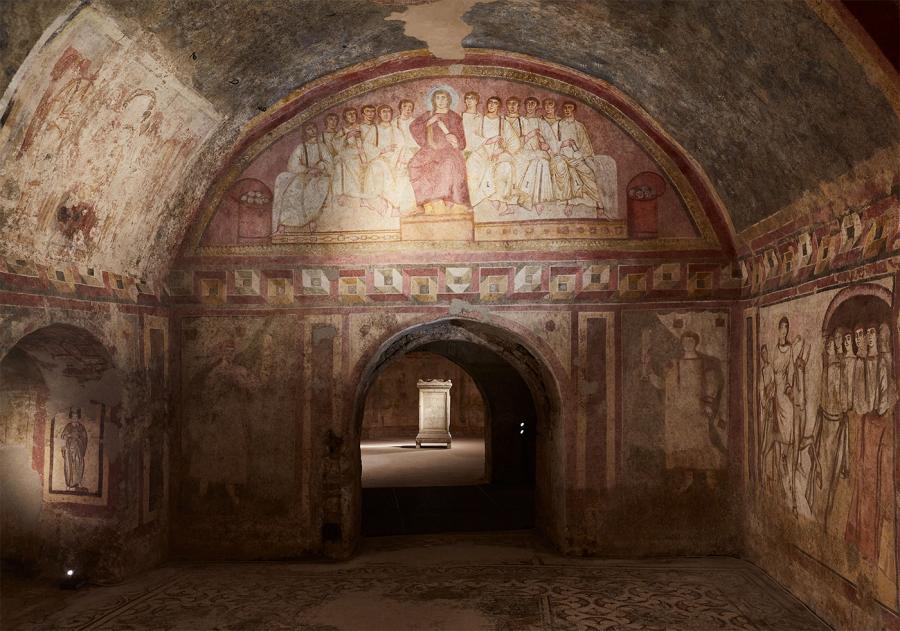 Hypogeum of Santa Maria in Stelle

Verona, Italy
The hypogeum of Santa Maria in Stelle, located below the church of Santa Maria Assunta, in the heart of the Valpantena valley just east of Verona, is a very special archaeological site. It started as a Roman aqueduct built to capture the water from the spring that flows in that area. It has undergone many changes over the centuries, from a pagan sanctuary dedicated to water nymphs in the 3rd century AD to an early Christian place of worship and a mediaeval pilgrimage destination. In the 9th century, the hypogeum was consecrated by Pope Urban III and made suitable for liturgical celebrations.

In 2020, in the final stage of a lengthy restoration project, the new lighting system was designed by Lucearchitettura of Verona, lighting designers Cinzia Todeschini and Lorella Marconi. The project’s initial study and development was made possible by the collaboration of Ing. Luigi Antolini as a historical consultant for the site. The lighting system was designed to take visitors – a maximum of four at a time to keep CO2 levels under control – on an experiential journey. The lights, activated by the guide with an app, illuminate one scenario at a time, magically revealing the story.

A flight of stairs connects the entrance to the subterranean complex. At the foot of the stairs, a statue of Publius Pomponius Cornelius, the location’s creator, is fully illuminated thanks to the 13°x52° elliptical optics of the Ginko 2.0 projector. In the passage, an indirect, diffuse light, dimmed to 30% and directed downwards, creates a contemplative environment that prepares visitors for the frescoed scenes. A single Ginko 1.0 projector (3.5W, 36°) shines a grazing light on a precise point on the wall halfway along the route, revealing the first important evidence of the hypogeum's transformation from a pagan place to a sacred one: an engraving made by Bishop Zeno depicting the Chi Rho, the early Christian monogram cross While you continue along the conduit towards the atrium, the latter is shrouded in darkness to emphasise the tunnel’s visual continuation on the other side, where it is lit with a blue light to evoke the water that still flows, but whose only sign now is a gurgling sound. As you step into the atrium, the lights come up on the magnificently frescoed vault.

Here, as elsewhere, the significant constraints that an archaeological site of this kind brings with it have been skilfully overcome thanks to the creation of pedestals designed by Lucearchitettura. In this space, in fact – the first room with catechetical scenes and with a decorated ceiling – the vault and frescoes are lit by a number of Ginko 2.0 projectors (7W CRI >90 3000K, 34° and 45°), mounted on 900mm cor-ten-painted stainless steel poles positioned at the four corners of the room. The fixtures are fitted with snoots to avoid dazzling anyone standing close to them.

The southern cell embodies the hypogeum’s dual soul: it contains a Roman altar with two inscriptions, pagan on the front, facing the entrance, and Christian on the back. It is set off with dramatic bilateral lighting through the use of two narrow-beam (11°) projectors. The north cell is the better preserved and has a unique subject on the ceiling: a motif of clay vaulting tubes, the building elements used in the construction of vaults and domes. To light the works in the north cell, two free-standing pedestals were used, equipped with nine projectors with different light emissions and colour temperatures.

The reliability and resistance to oxidation and corrosion of the material used in L&L Luce&Light's lighting fixtures were the factors that led to the choice of Ginko projectors for this location with its high humidity percentage. 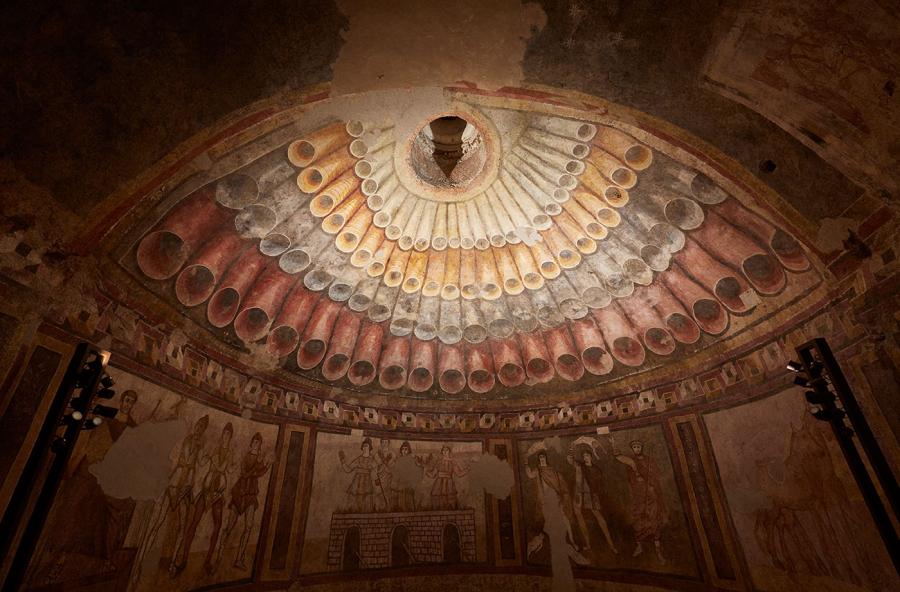 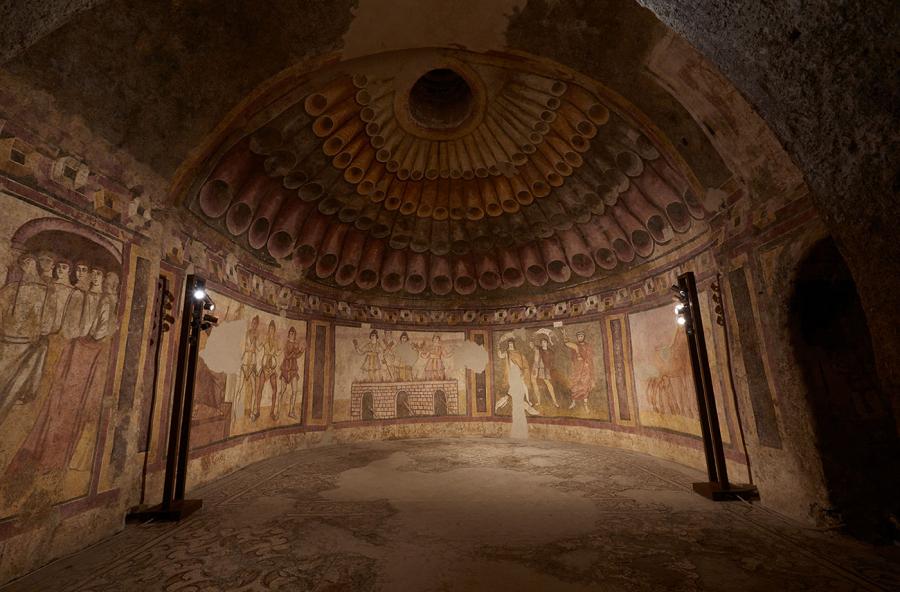 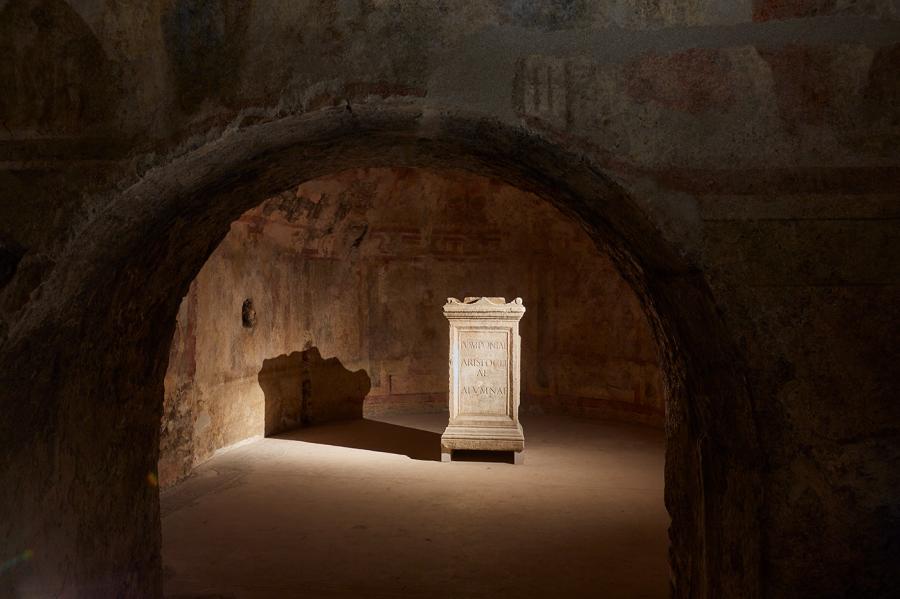 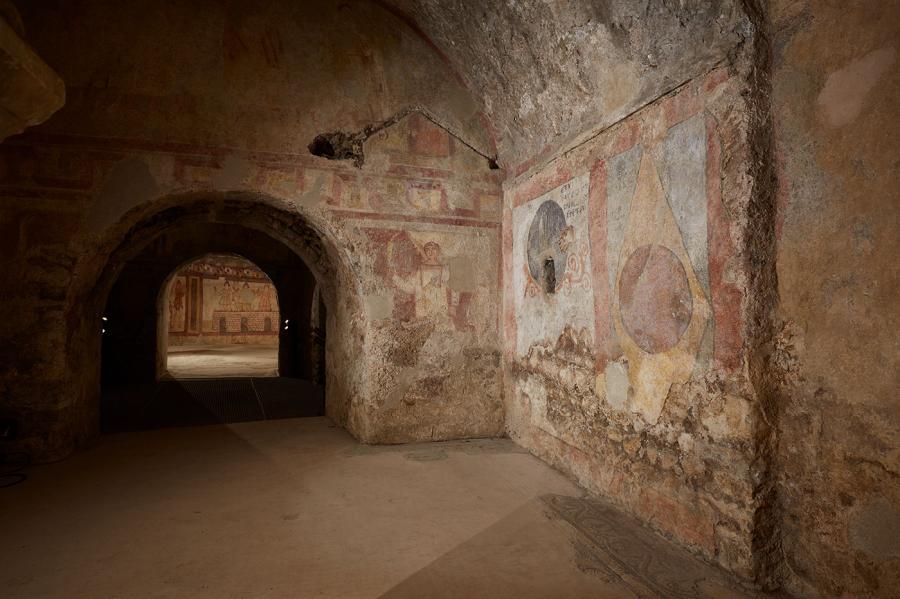