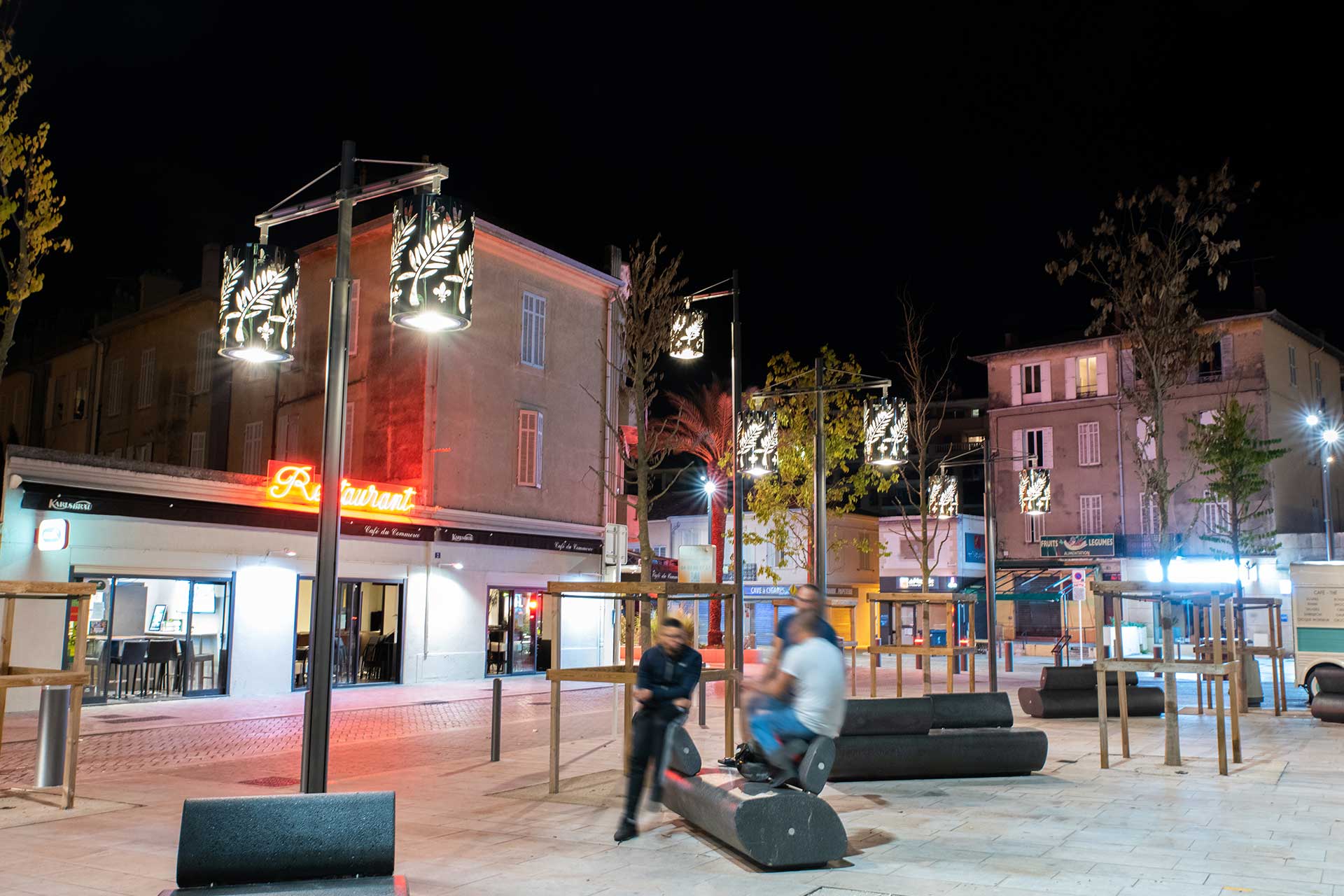 Cannes is a city known worldwide for the glamour of its international film festival and the Croisette, its seafront promenade lined with luxury hotels, restaurants and boutiques.

This pearl of the French Riviera is resolutely committed to building a modern, forward-thinking city and recently redeveloped the Bocca district to improve urban living while preserving its picturesque charm.

Place Paul Roubaud, a popular square at the heart of this district, has been completely redesigned to create an inviting outdoor space for local residents and visitors. As part of the redevelopment, the local authorities wanted to upgrade the lighting to ensure safety and create an urban feature that would enhance the nocturnal ambiance.

To help the city of Cannes achieve its goals of transforming its nightscape, our Schréder STUDIO team proposed a customised version of the BOREAL LED lantern. With its flexible mask, this lantern is an excellent tool for creating urban features and can be adapted to reflect a city’s character and heritage.

The idea of a lantern reflecting the city’s character immediately appealed to the local authorities. They had one single request for the design team - to integrate the city’s coat of arms featuring a silver palm in a nod to the palm trees lining the famous Croisette and two gold fleur de lis evoking the famous legend of Saint Honorat.

With the international film festival a well-known hallmark of the city, our team at Schréder STUDIO set to work and designed a mask that features the design of the Palme d’Or awarded to the winner each year. They adapted the design to add the fleur-de-lis that can also be found in the city’s coat of arms.

At nightfall, the palm is reflected on the facades, plunging visitors into a timeless atmosphere. Adorned with shadows of plants, the walls take on a new dimension. The concept immediately won over the local authorities.

The new lighting has completely re-energised the district, creating a memorable experience and connection to the city. 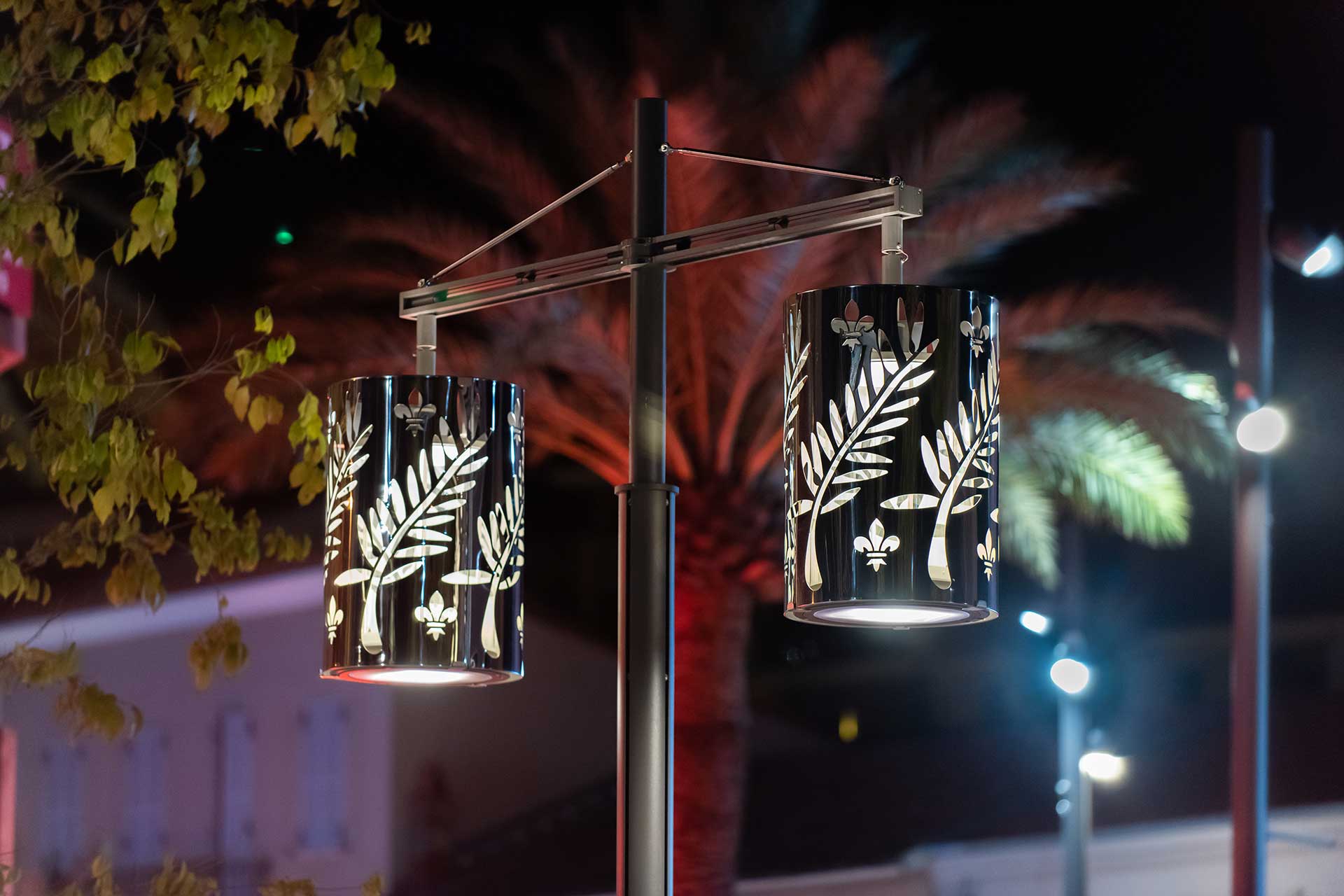 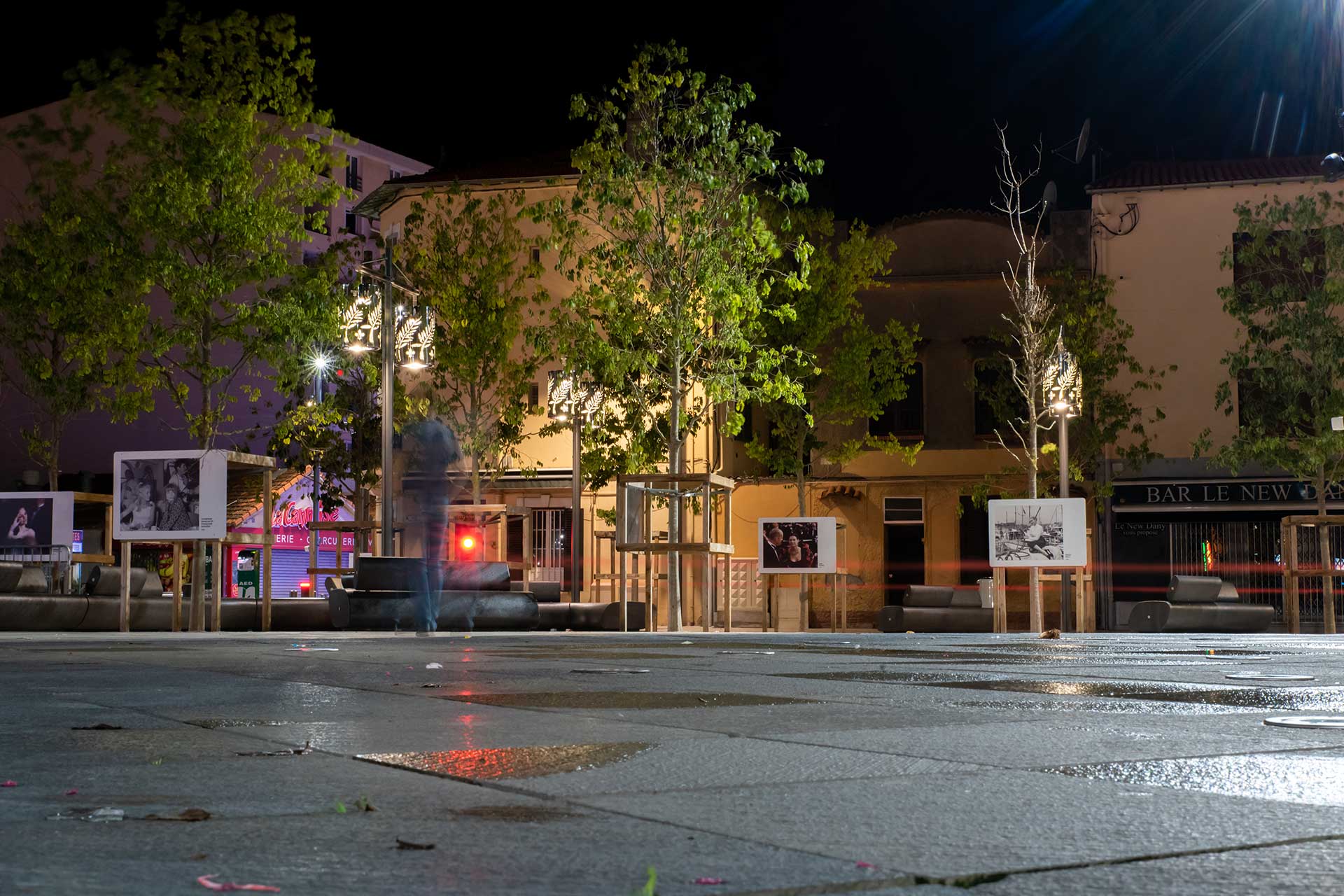 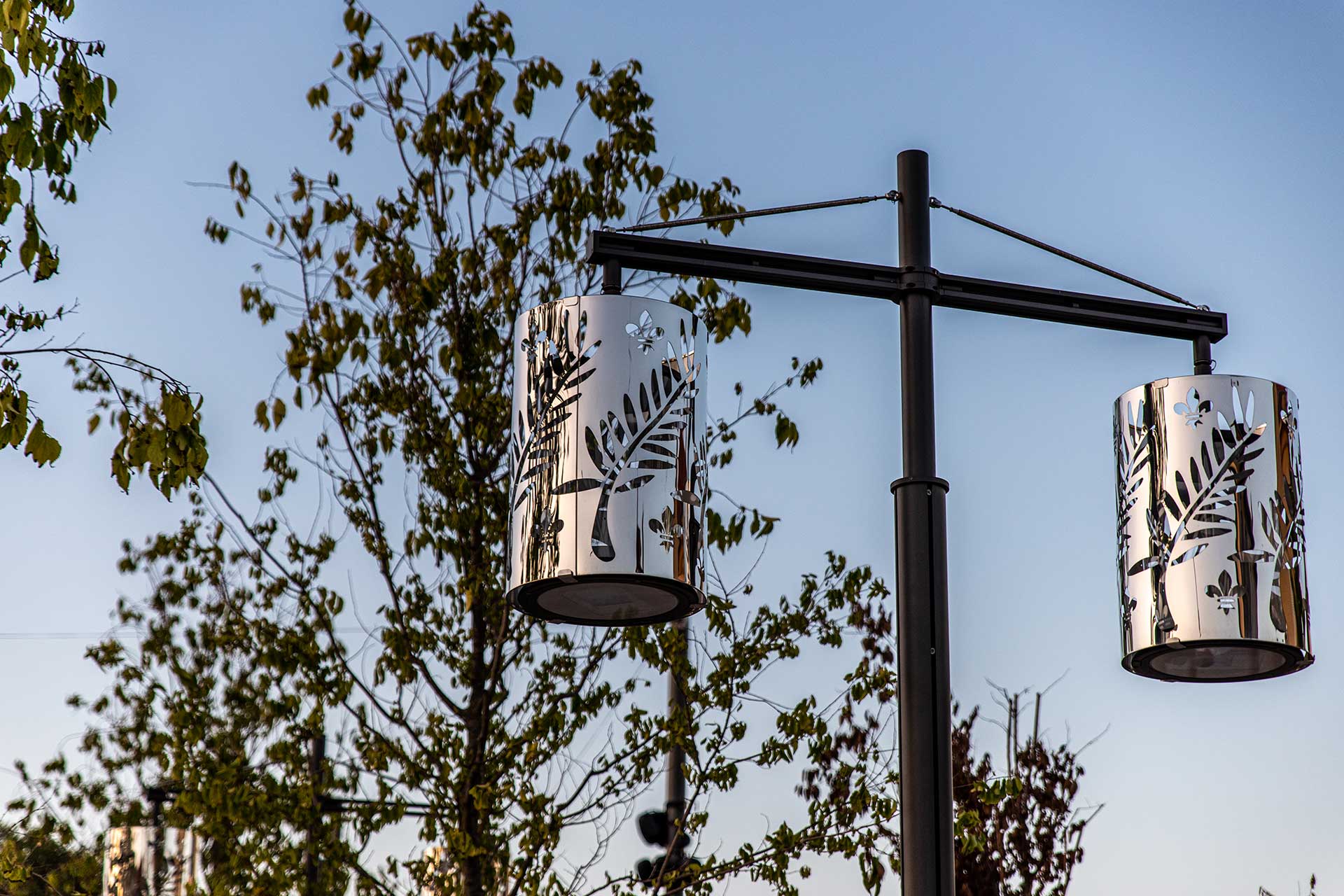 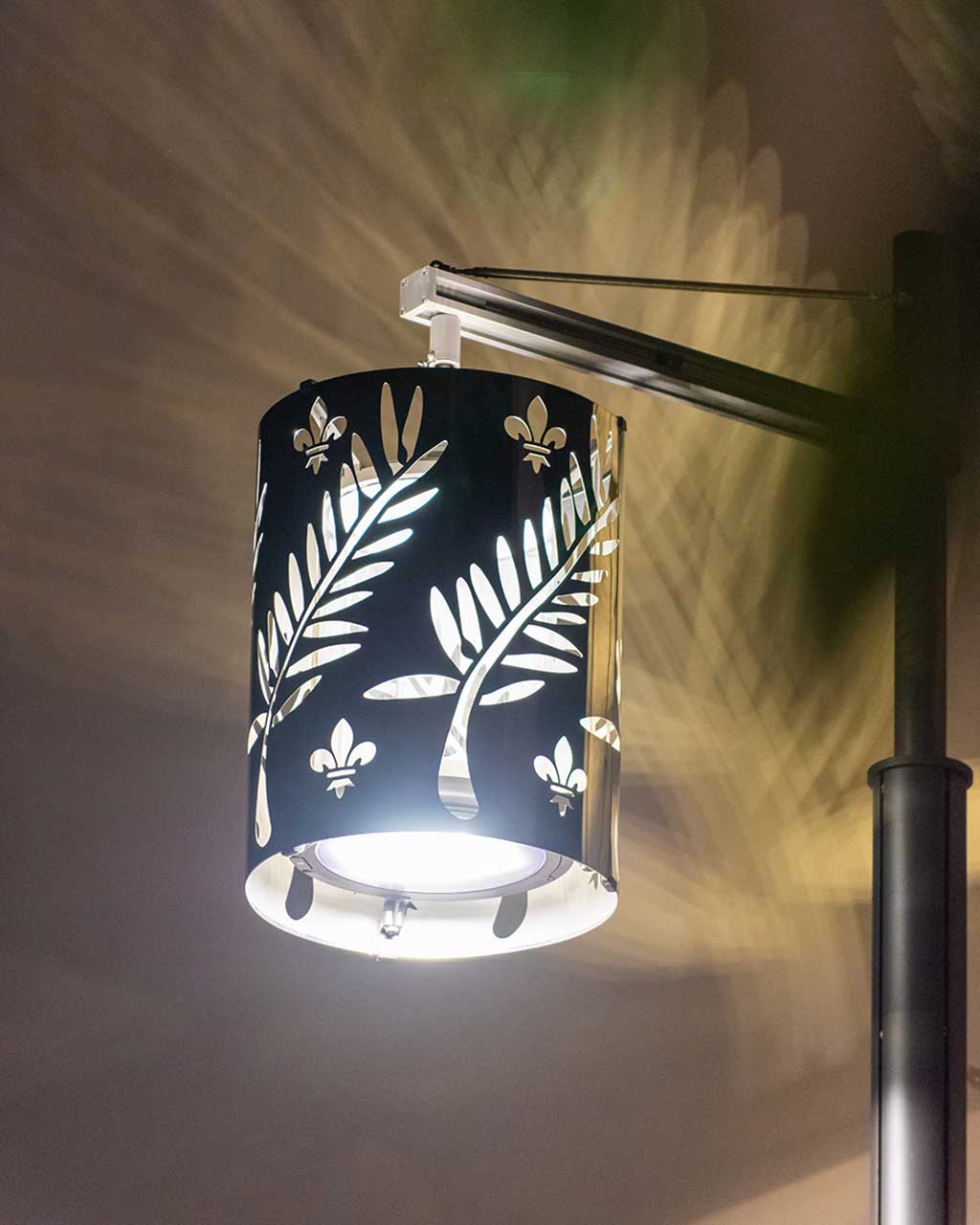