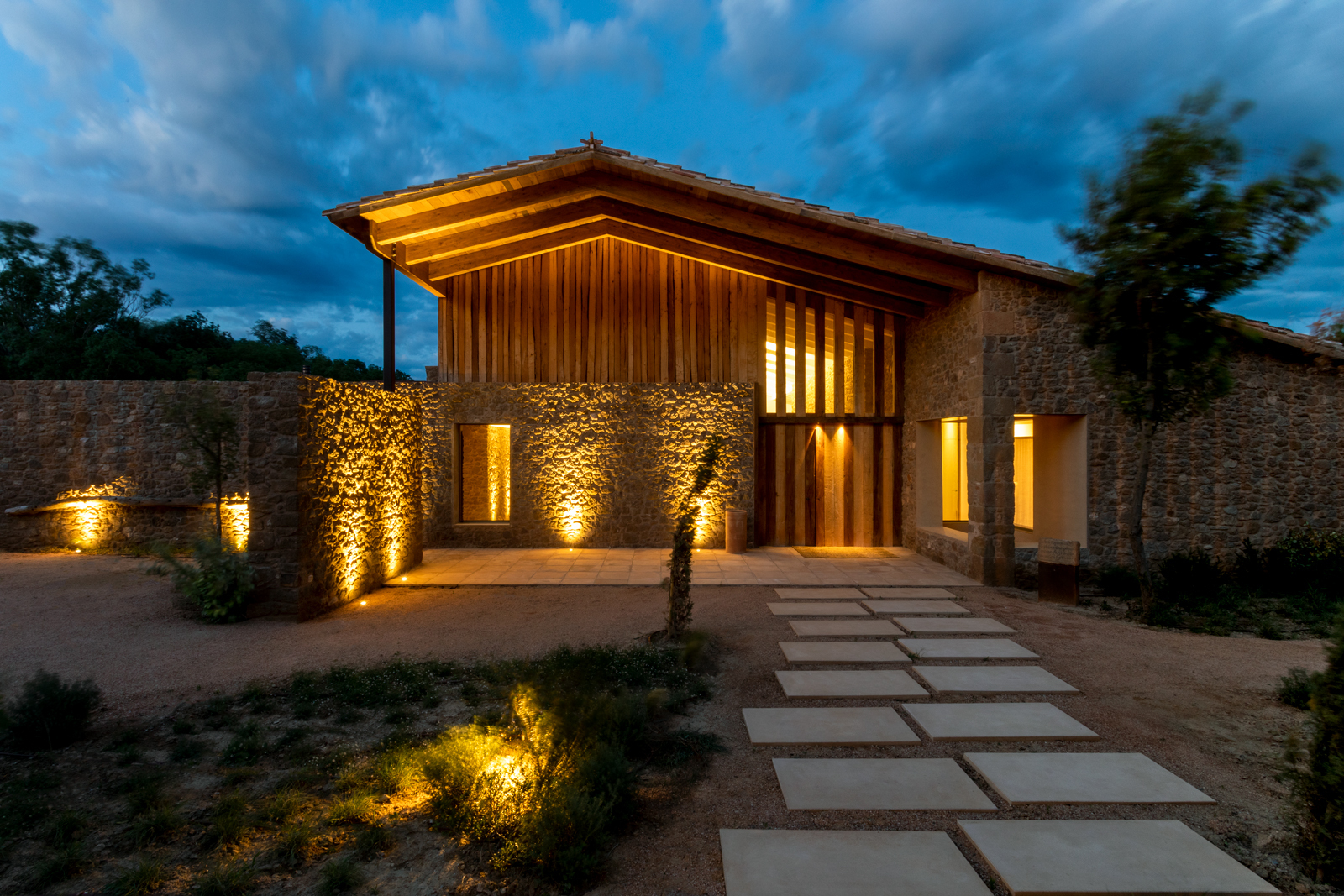 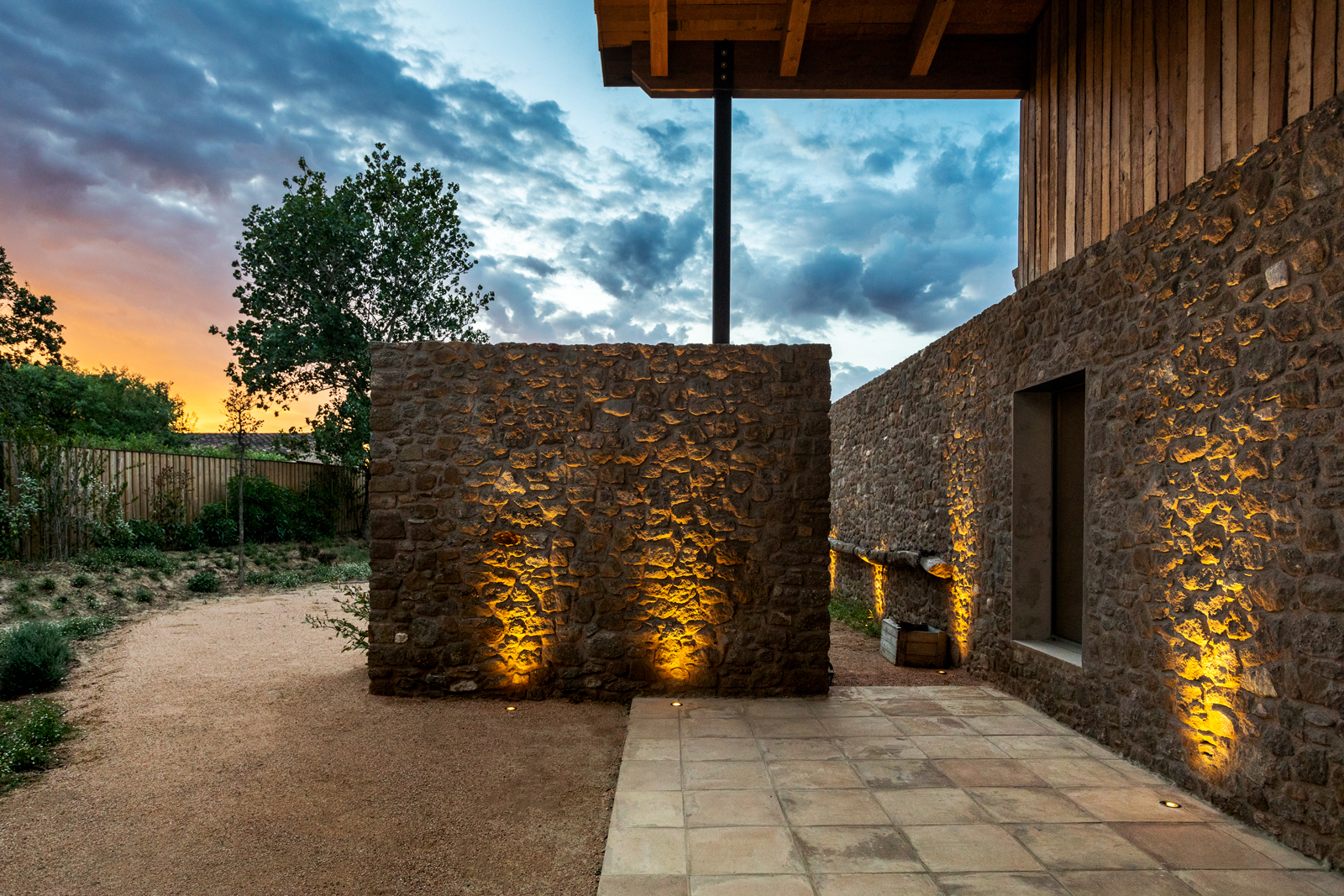 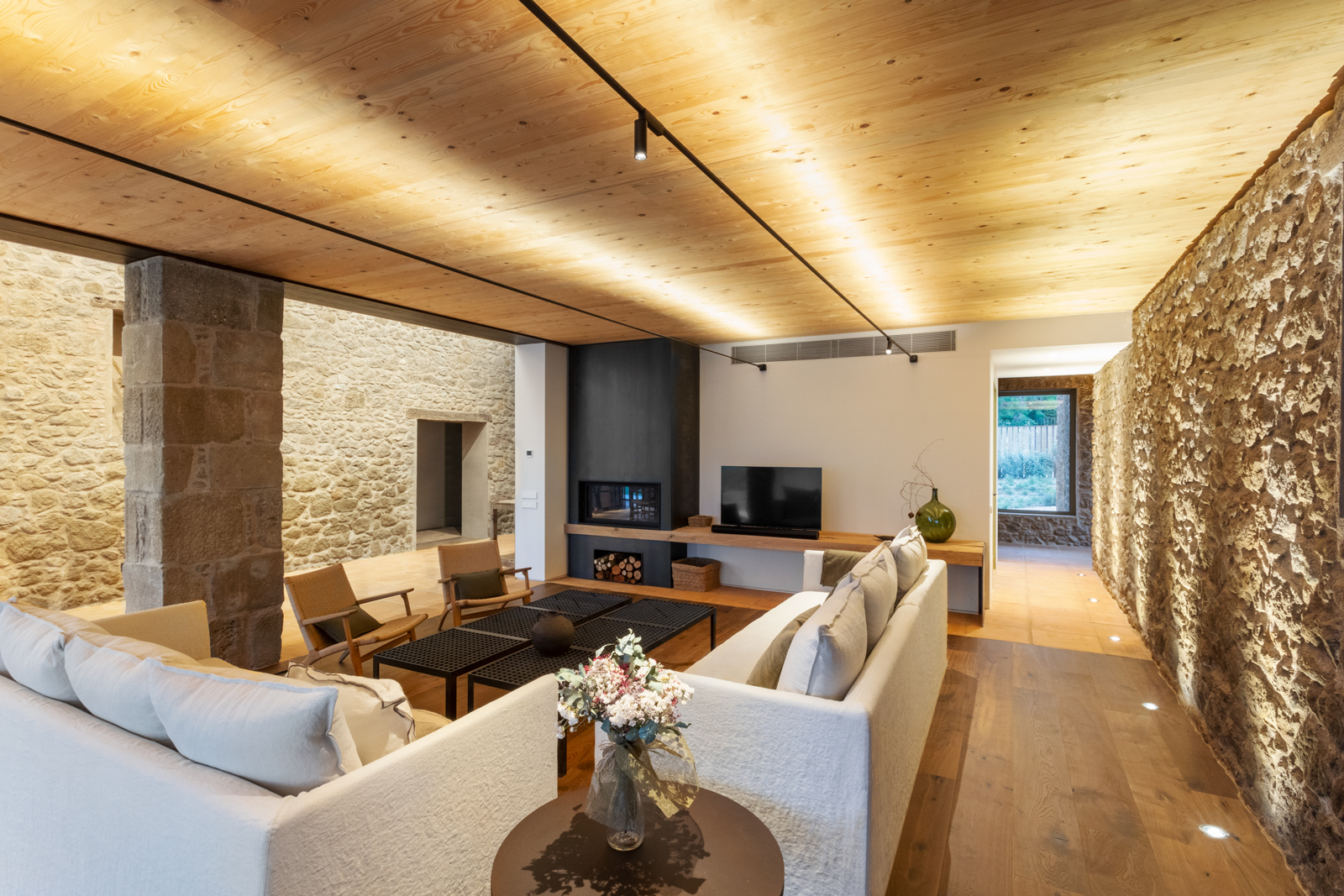 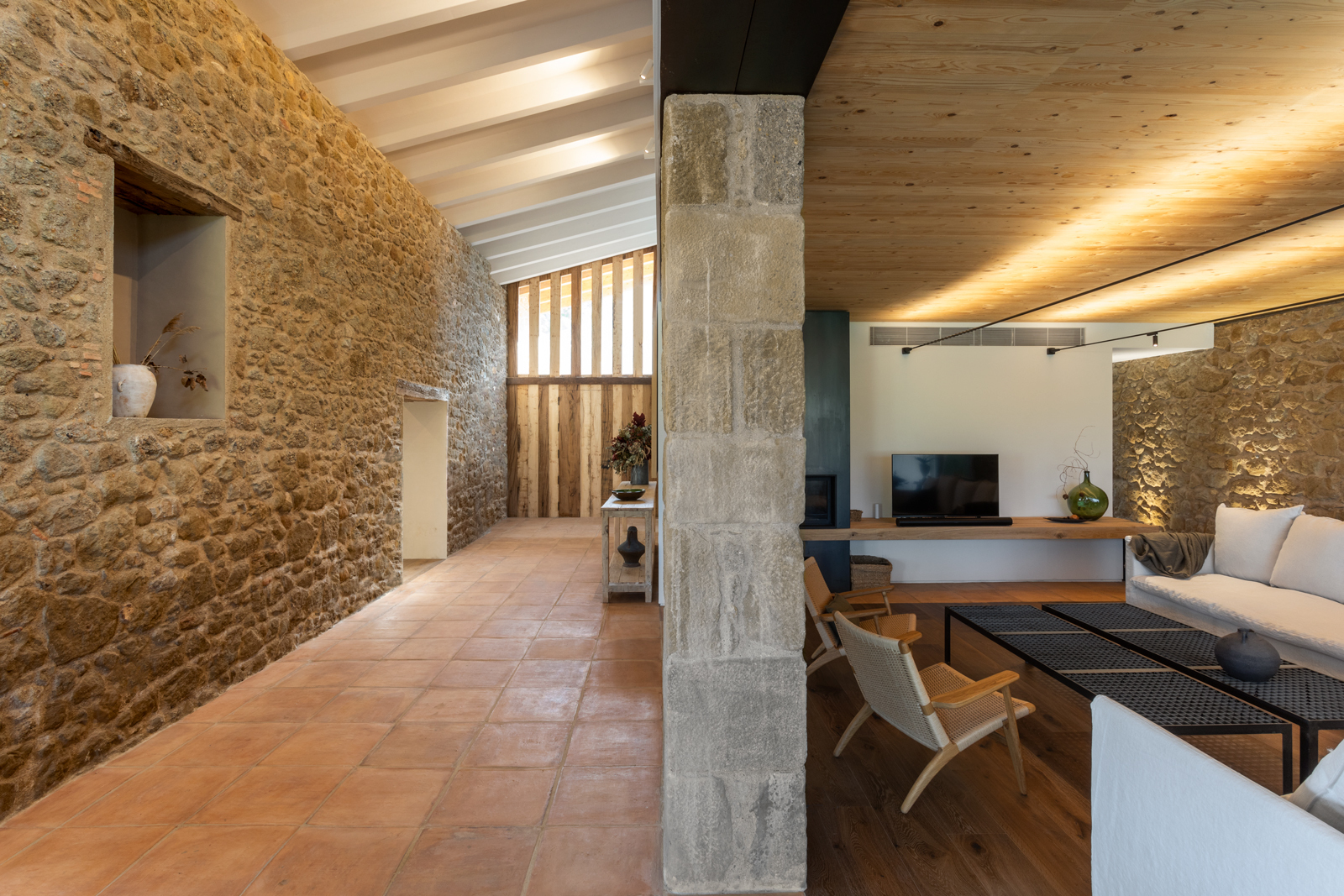 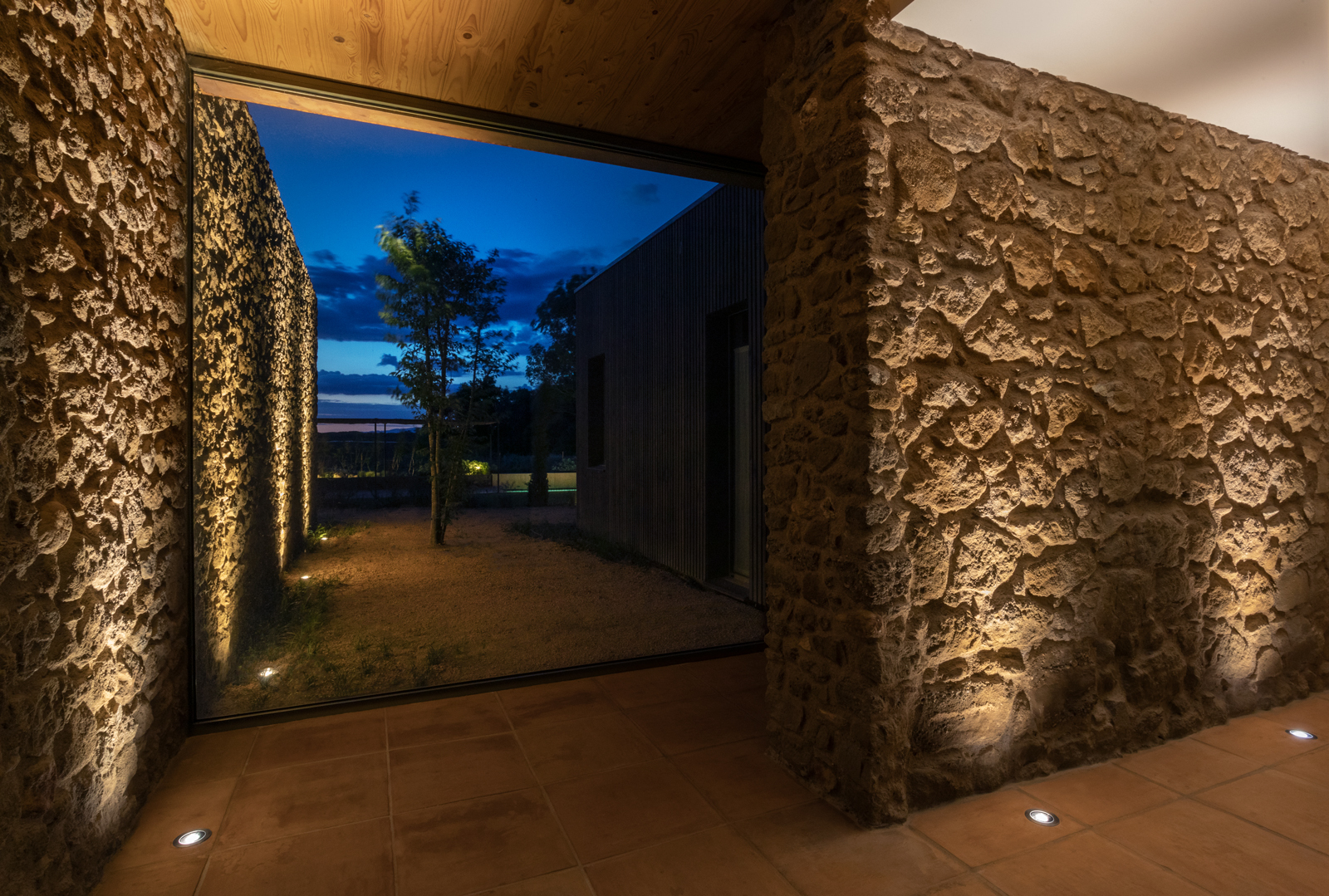 An immersion in history and in nature

A private residence gleaned from an old building, surrounded by nature in one of the greenest and most historic regions of Catalonia. Empordà owes its name to Empúries – or, the markets – as if in reference to a more recent era yet in reality, this area was inhabited since prehistoric times. Indeed, there are even numerous caves utilised by Palaeolithic man found in the Montgrí massif, along with significant megalithic structures such as the Dolmens de Fitor. Today, the region is divided into two zones, the Alt Empordà and the Baix Empordà, with two different capital cities.


INDOOR AND OUTDOOR LIGHTING FOR WELLNESS

The Empordà region is characterised by its greenery and buildings that are perfectly integrated into the territory, thanks to the presence and use of natural materials such as wood and stone. This residential property is no different, given that the two floors of the building – both inside and out – skilfully combine these two elements retrieved from the pre-existing building, a farm where the land was worked.The architectural design by Studio Gama involved opening up numerous windows to the outside so that nature could come inside. Similarly, the lighting design by Barcelona-based Vié Il-Luminació Studio, saw light unite the outdoors and indoors in a continuous exchange of sensations and atmospheres.

Light was the focus of attention from the very outset, so much so that the lighting design went hand-in-hand with the architectural and interior design. The versatility of the Orma downlight and its minimalist design make it perfect for installation even in confined spaces, rendering it possible to create a charming continuum between indoor and outdoor, highlighting the textural elements of the building from the entrance Orma was thus the solution installed both indoors and outdoors, emphasising the stone of the home’s walls and the wall surrounding the villa.Also outside, specifically to emphasise the entrance area, the single-emission Epitax downlightwas chosen for its perfect integration with the architecture.To illuminate the interior spaces, especially the corridors and kitchen area, as well as the study on the upper floor, the Pound projector was chosen, able to be installed either on the ceiling or on the wall, combining high lighting effectiveness with simple, clean lines.For the living area, rather, the choice fell to the Ink System, the solution combining design and functionality, perfect in rooms in which it is not possible to recess or drill holes, as in this case, being a space entirely in wood and stone, designed to evoke a feeling of comfort and well-being. And thanks to the Ink system with direct and indirect light, the effect of uniform, enveloping, warm and pleasant illumination is assured. To complete the project, Quantum downlights were utilised to illuminate the laundry area whilst Cob44s were fitted in the bathroom spaces.