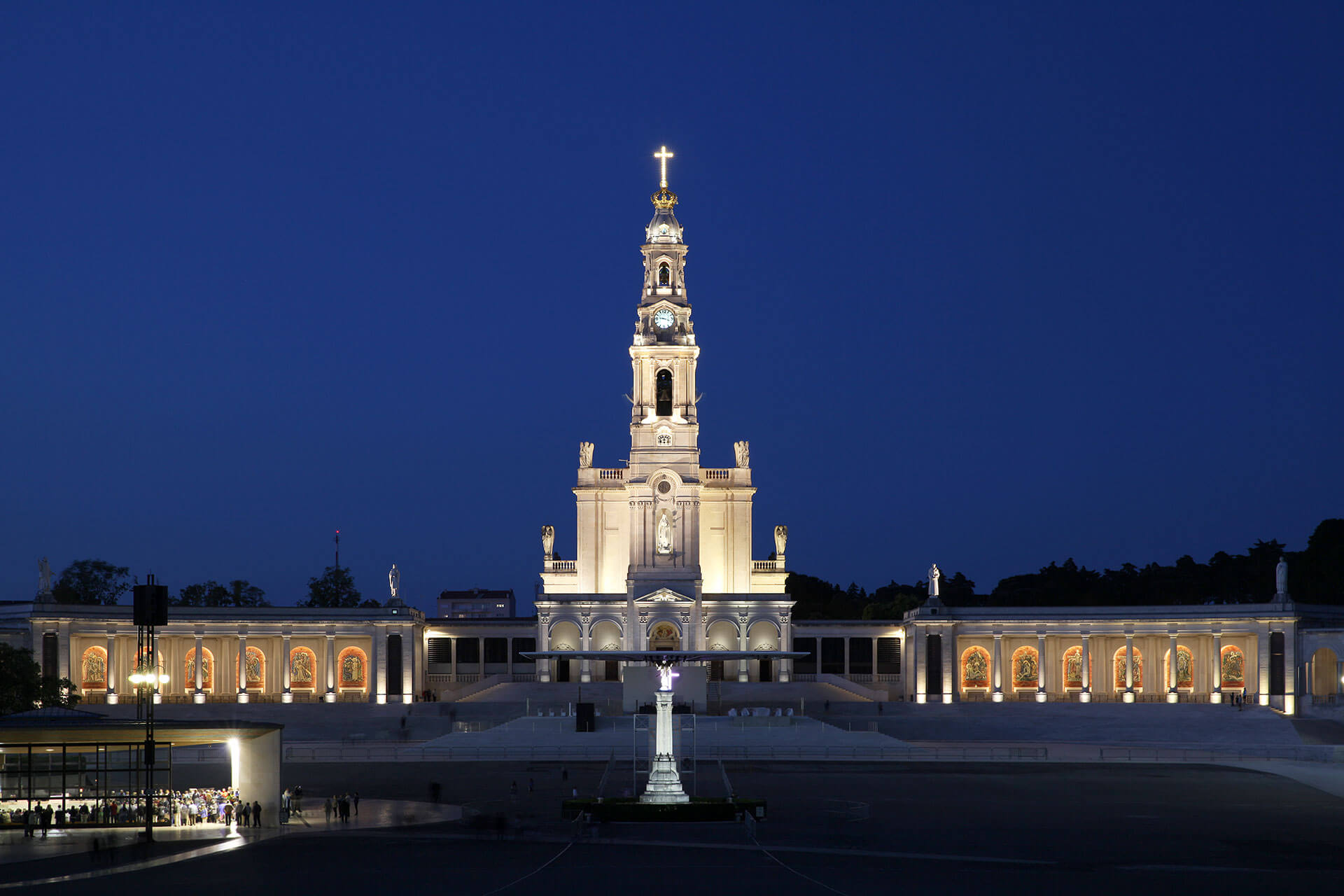 Sanctuary of Our Lady of Fatima

The Sanctuary of Our Lady of the Rosary - better known as Fatima Sanctuary - is one of the most important Catholic shrines in the world dedicated to the Virgin Mary and welcomes thousands of pilgrims and tourists from all over the world every year. Located in the town of Fatima, approximately 140km north of Lisbon, the sanctuary incorporates a group of churches and monuments.

In 2017, the shrine celebrated the 100th anniversary of the apparitions of our Lady of Fatima and welcomed a visit from Pope Francis. To prepare for the celebrations, the sanctuary underwent significant renovations for the restoration and design of the 688m² space.

As part of the renovation works, the local diocese wanted a new illumination scheme to enhance the magnificent Neo-Baroque façade of the Basilica of Our Lady of the Rosary and the columns along the walkway leading to the other buildings.

Schréder rose to the challenge with its versatile range of floodlights to suit the building’s many characteristic forms. We provided equipment using advance LED technology with optimum use of power consumption and minimal maintenance.

The TRASSO lights the columns of the main entrance while TERRA MIDI floodlights illuminate the columns along the walkway.

The Bell Tower, the bell, the angels and various parapets are lit by the SCULPDOT, SCULPLINE, ENYO and NEOS LED to highlight their intricate details.

The central façade is illuminated by the SCULPLINE and ENYO as well as the FOCAL which sweeps the wall for a more uniform lighting.

In total, approximately 100 floodlights were installed, highlighting the beauty of the Neo-Baroque architecture with reduced energy costs and maintenance operations. 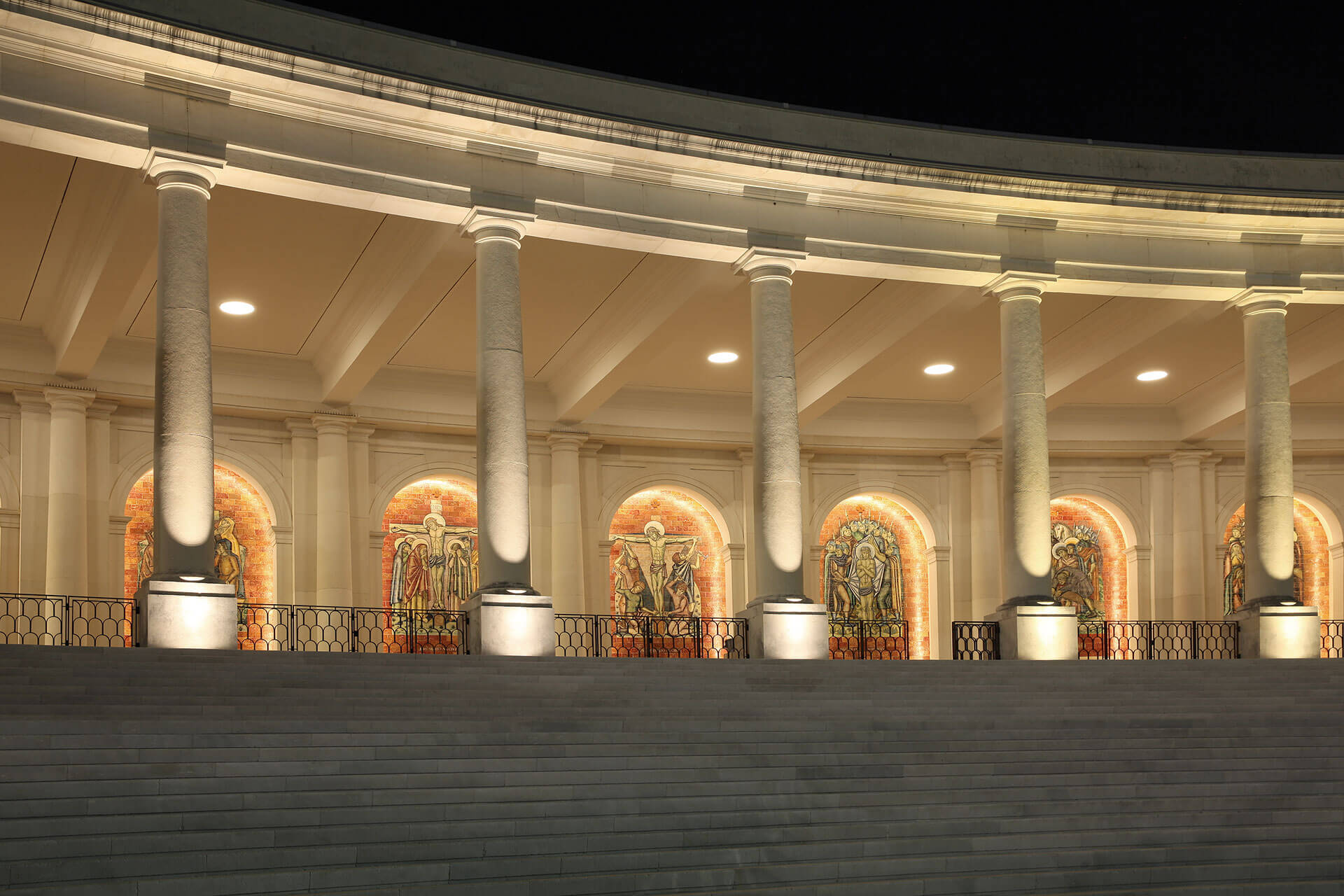