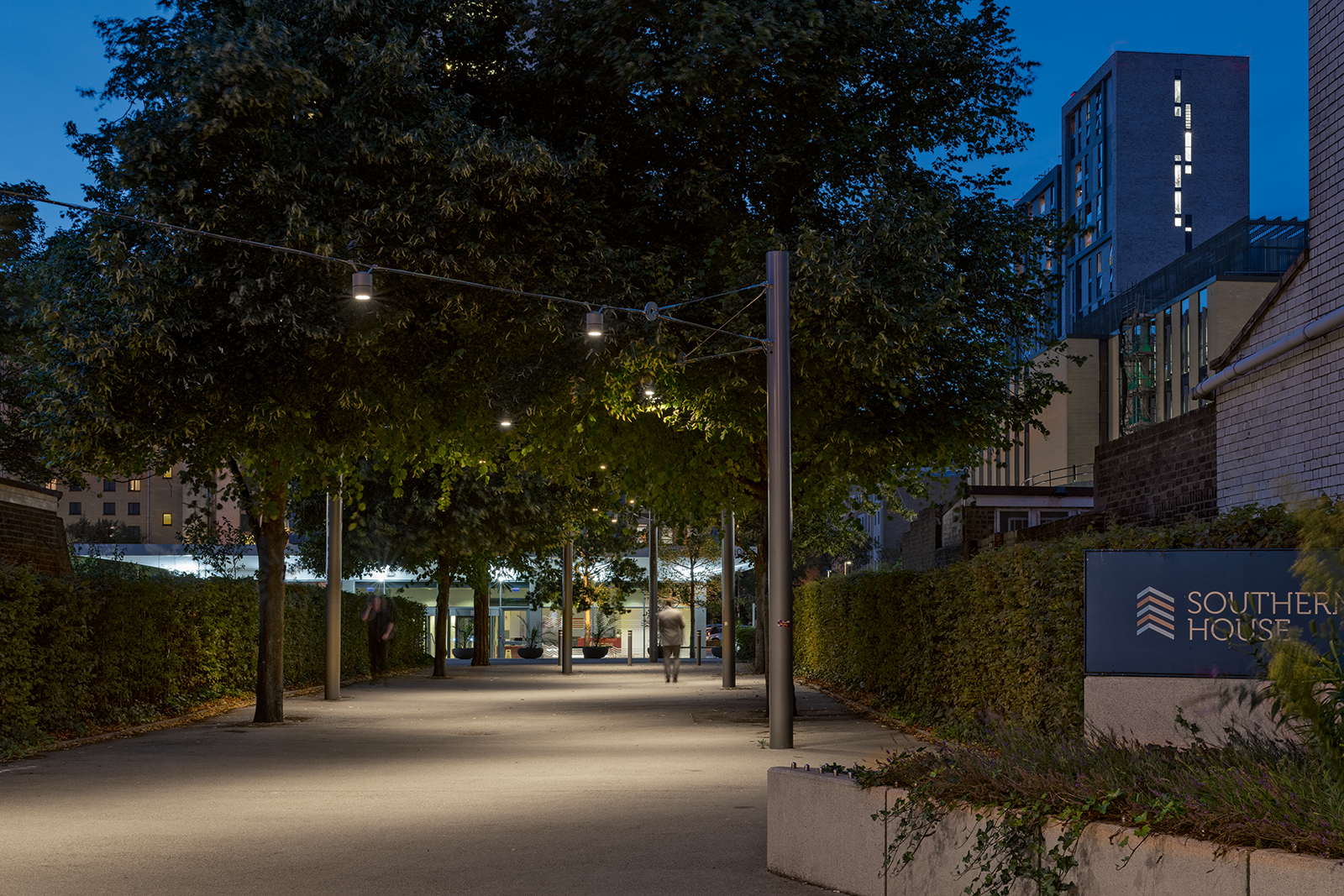 A rejuvenated, attractive neighbourhood for working and living in is being created around the Southern House office complex in Croydon. Redesigned pedestrian access points connect it to its urban context. A lighting solution with WE-EF downlights on wire cables guides visitors intuitively from the street to the main building.

The 17-storey office block, dating from the 1960s, defines the silhouette of Croydon, a residential and business location that has always been sought after due to its convenient location south of London. The striking building and its surroundings have now been renovated and redesigned as part of a development that is rapidly changing the face of the city. In doing so, the space planners of the London office of LUC (Land Use Consultants) mainly pursued the goal of making the building context attractive, easily accessible and inviting for pedestrians through new pathways, greenery, flooring and furniture and, not least of all, lighting.

An important access to the main building is provided by the connecting path from George Street. Among other things, it connects the site with the nearby East Croydon railway station. LUC's lighting designers chose a custom pendant luminaire solution to illuminate this entrance. WE-EF DAC220 surface-mounted downlights were fitted with mounting brackets and attached to cables stretched between poles. Arranged in a zigzag pattern, the cables allow for a luminaire arrangement that provides lively light at a pleasant brightness level, while intuitively guiding visitors from the street to the building. The designers were inspired by the omnipresent overhead tramlines in the Croydon cityscape. At the same time, the lighting concept develops the spontaneity of hanging lanterns or fairy lights.

WE-EF technology provides the lighting at the highest level of quality and efficiency. The DAC220 LED luminaires are equipped with symmetric, wide-beam LED optics with CAD-optimised OLC® One LED Concept technology for superior light and glare control. The designers chose a pleasant warm-tone of 3000 K as the temperature colour. Since the planners wanted cable segments that were as taut as possible, in contrast to standard cable installations which have a certain amount of sag, the local WE-EF office developed a special solution for poles and cable mounts. The result is an inviting, individually illuminated space situation as a characteristic “business card” of the newly-designed neighbourhood. 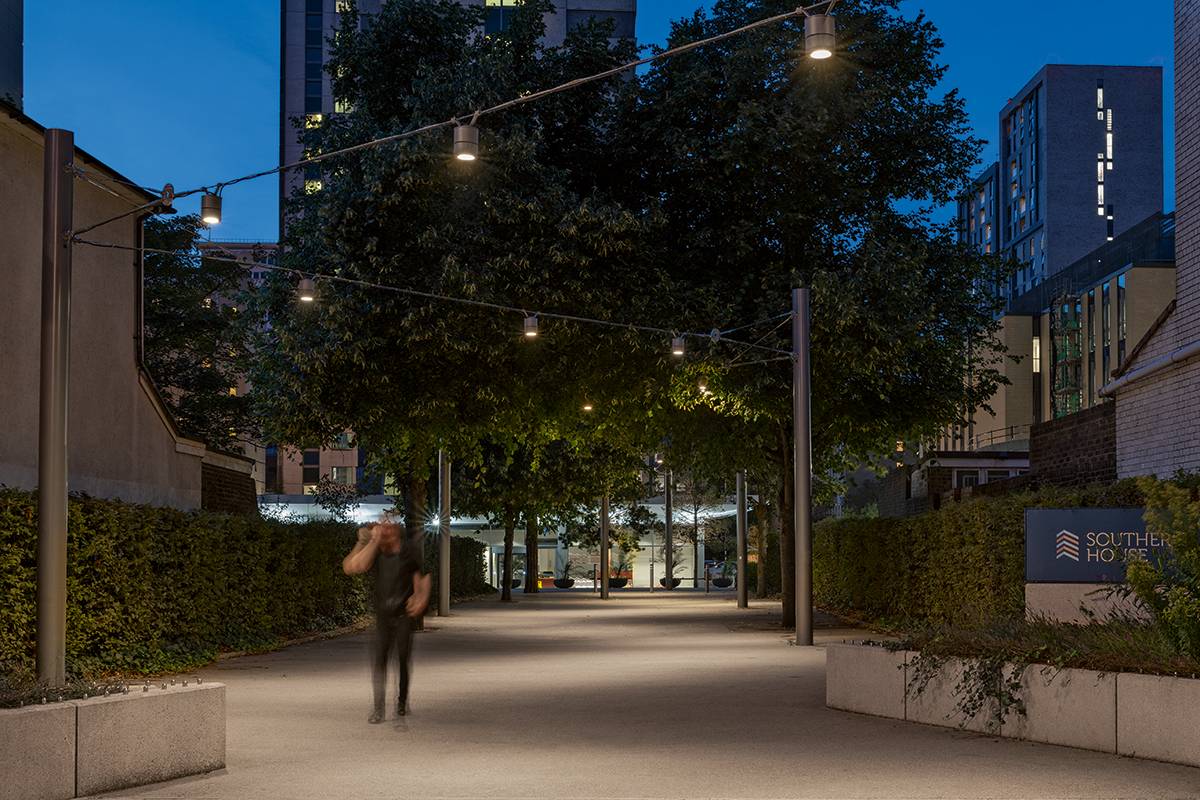 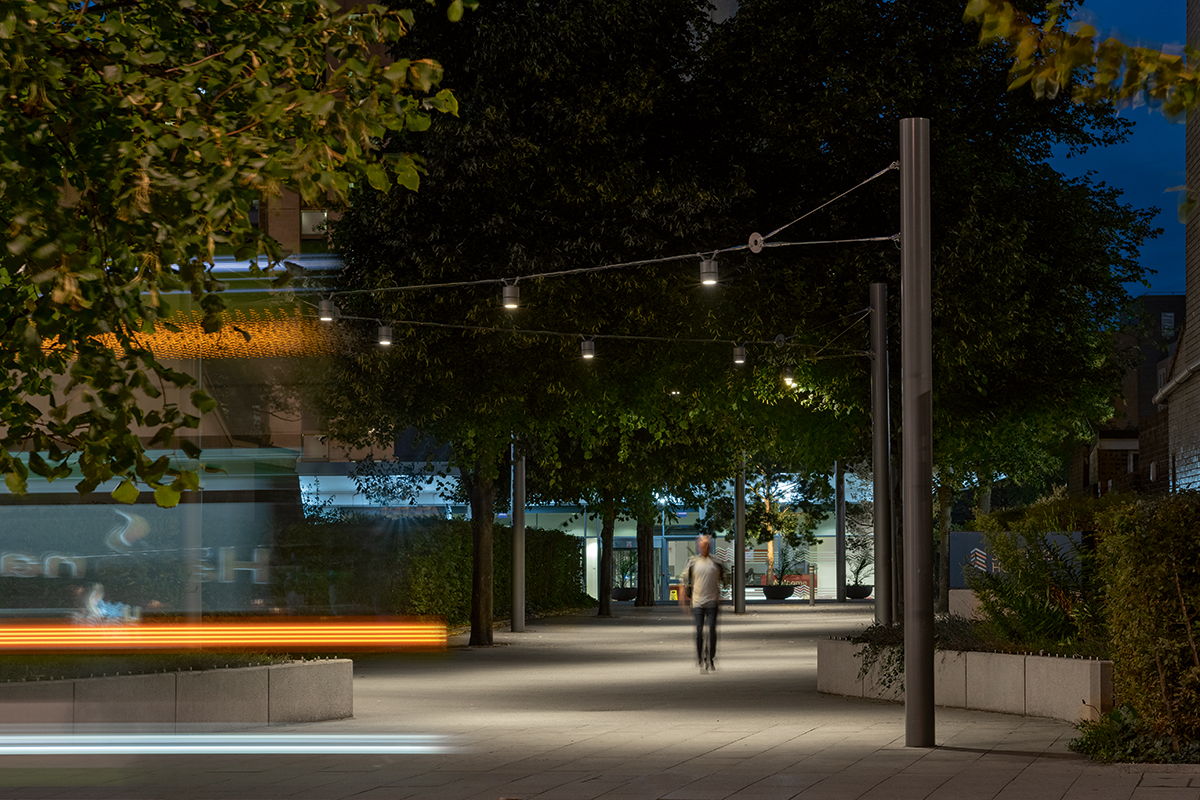 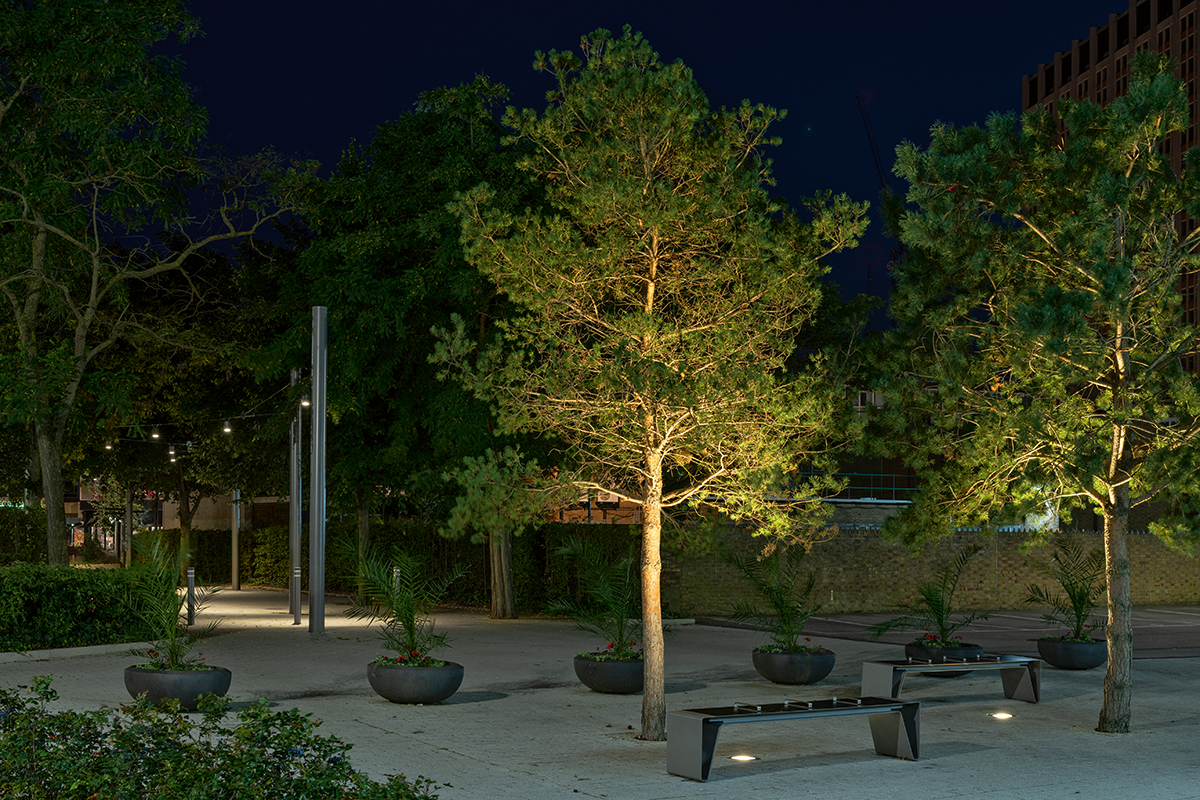 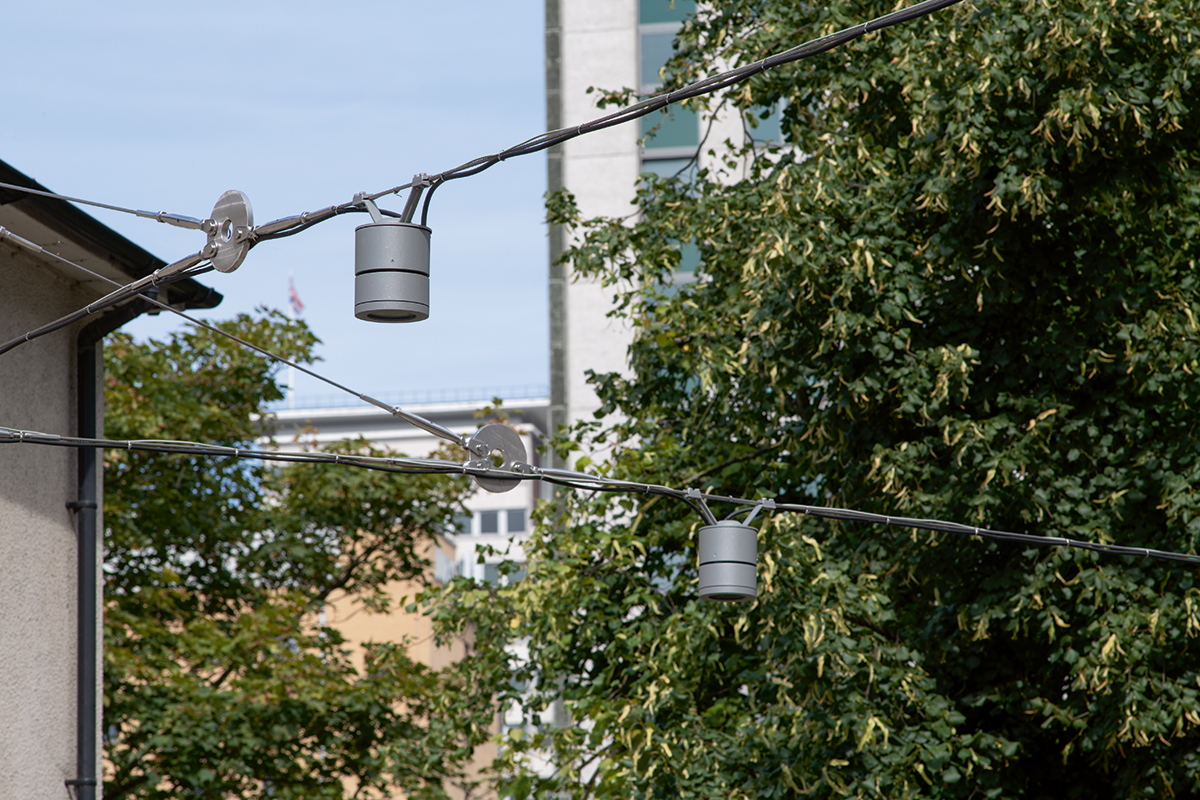