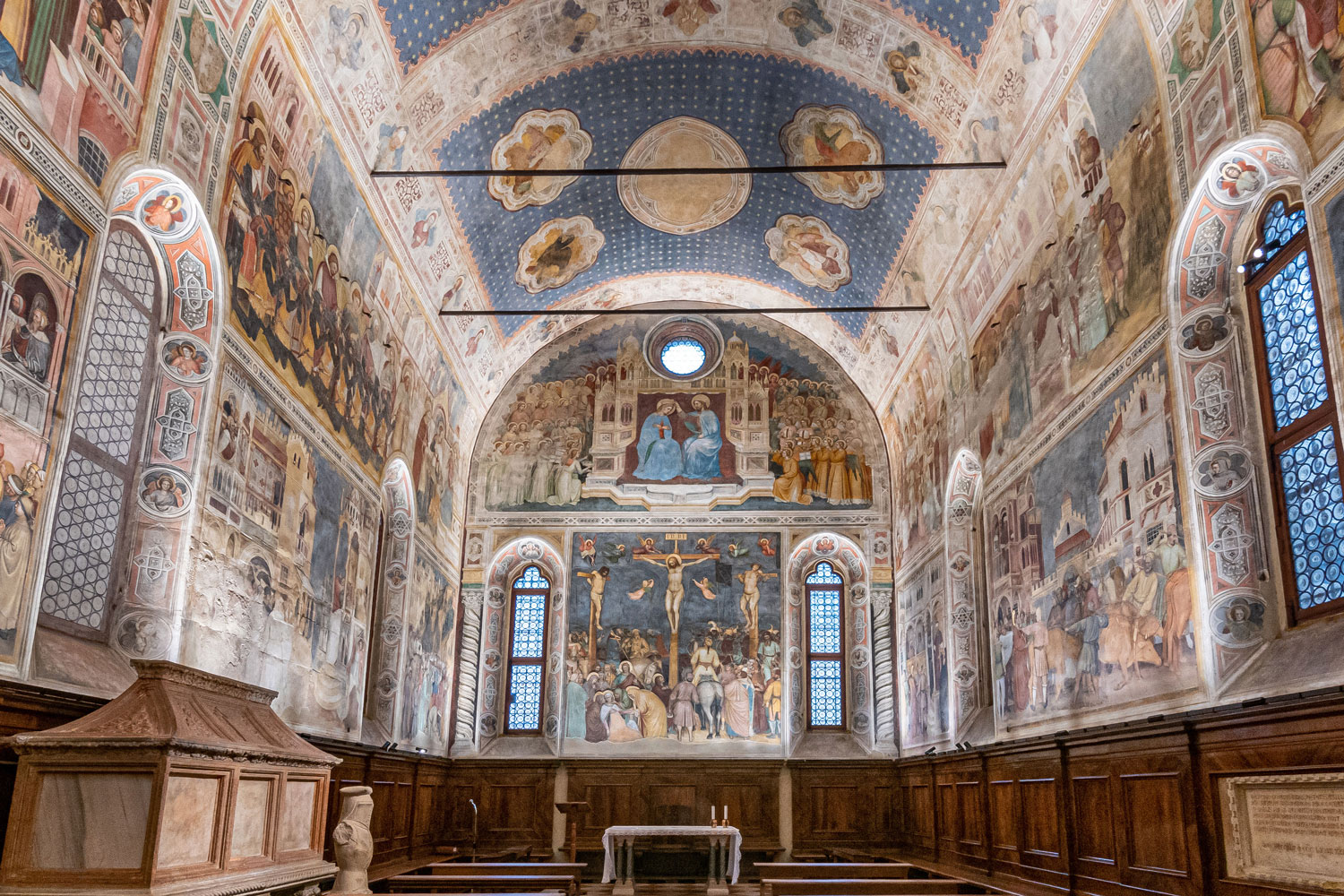 The Oratory of San Giorgio

Padua, Italy
The Oratory of San Giorgio is a consecrated church that overlooks the forecourt of the Basilica of St. Anthony in Padua. It was commissioned as a family funerary chapel by Raimondino Lupi di Soragna, a soldier and diplomat at the service of the da Carrara Signoria. Building work began in 1377 and ended in 1384 with a fresco cycle painted by Altichiero da Zevio. Thanks to these frescoes, the Oratory of San Giorgio is considered to be the “Scrovegni Chapel at the other end of the fourteenth century”.

In fact, the influence of Giotto’s nearby masterpiece is undeniable, for example, in the starry sky of the vault. On the counter-façade, the frescoes show stories of the Birth of Christ (the Nativity, the Adoration of the Magi, the Flight into Egypt, and the Presentation in the Temple), while the altar wall depicts the Crucifixion with the Coronation of the Virgin Mary above it. The long walls, on the other hand, detail episodes from the lives of Saint George, Saint Catherine of Alexandria and Saint Lucy. On the left wall there is also a large fresco depicting the dedication of the chapel in which Raimondino’s parents, Rinaldino Lupi and his wife Matilde, followed by other members of the family dressed in military garb are presented by St. George and kneel in front of the Virgin Mary, in the presence of numerous saints. The sculptural-architectural structure of the founder’s funerary monument once stood in the centre of the oratory, but now only the stone tomb remains.

Rediscovered in 1837, the frescoes underwent major restoration between 1995 and 1997. The aim of the Oratory of San Giorgio lighting design, developed by the architect Antonio Susani (President of the Veneranda Arca di Sant’Antonio Association) was to achieve a final effect of absolute light homogeneity and eliminate the visual impact of the previous system. So, all the luminaires are now installed on a track located above the wooden structure that acts as a seat and runs along the entire perimeter of the church that is a small, single space with a barrel-vaulted ceiling. 4 types of luminaire are installed on the track. The product created specifically for this project creates a perfectly uniform grazing light on the walls. Laser Blade luminaires are pointed upwards to light the ceilings. Ø 62 Palco Low Voltage projectors with medium and spot optics, are used for the shorter walls (the counter-façade and altar wall). And thanks to their swivel base that allows them to rotate by 360° and tilt by 160°, Robin projectors have been used to illuminate the altar.

In agreement with the architect Cusani, a colour temperature of 3000 K and a Color Rendering Index of 97 was chosen. This enhances the chromatic richness of the frescoes and ensures that all their nuances can be enjoyed by visitors.

The project also includes 5 main scenarios: all on, all off, all dimmed by 50%, light on the tomb, and light on the altar; all managed by a Quick BLE system. This management system allows the lighting to be controlled by various devices, like a tablet or smartphone, as well as a Bluetooth pushbutton panel that has the advantage of not requiring any system installations, an aspect that is particularly relevant in prestigious contexts like the oratory. The project at the oratory joins the previous projects at the Scrovegni Chapel and Palazzo della Ragione, all of which are part of the “Padua Urbs Picta” project, with which the city has applied for UNESCO World Heritage status. 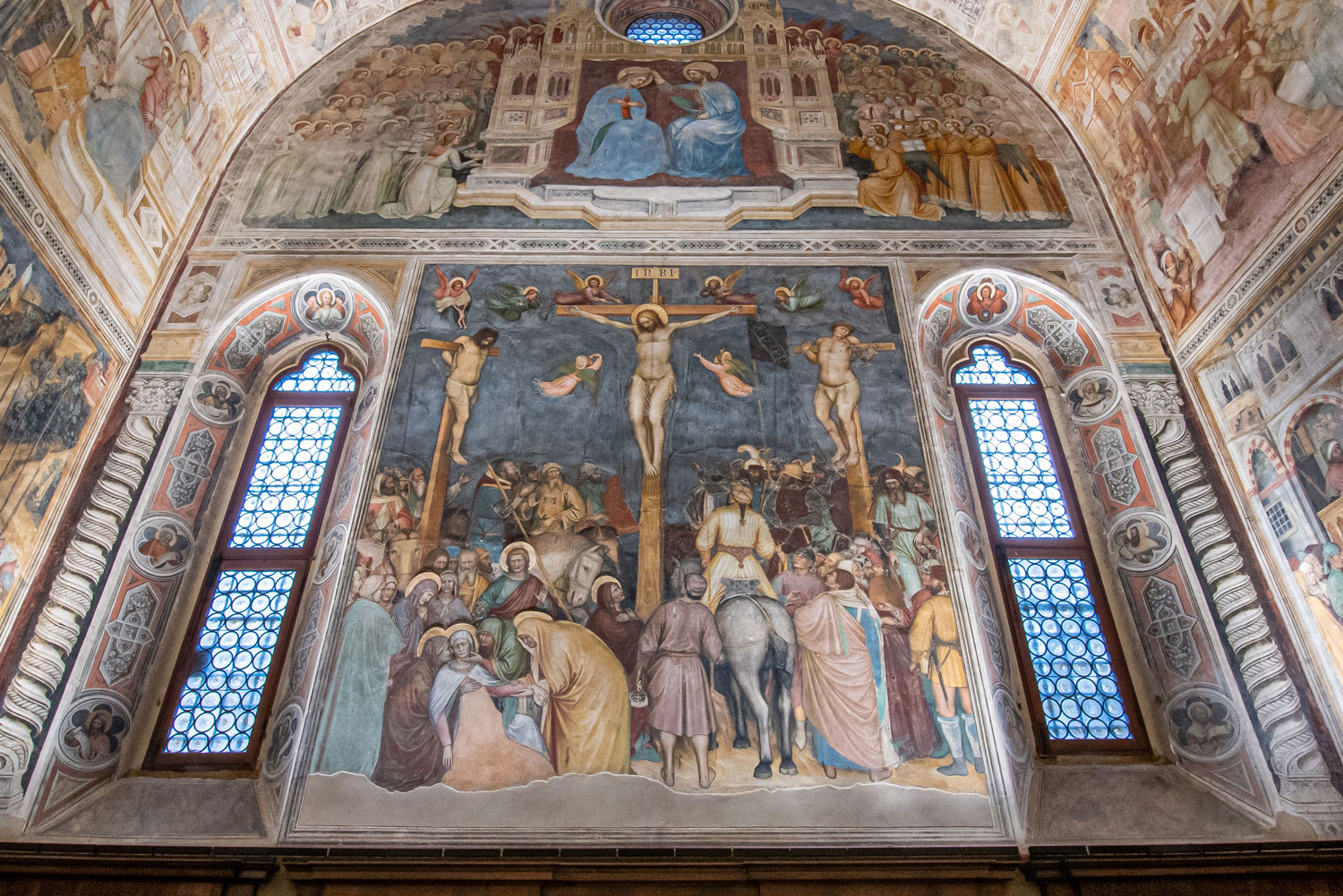 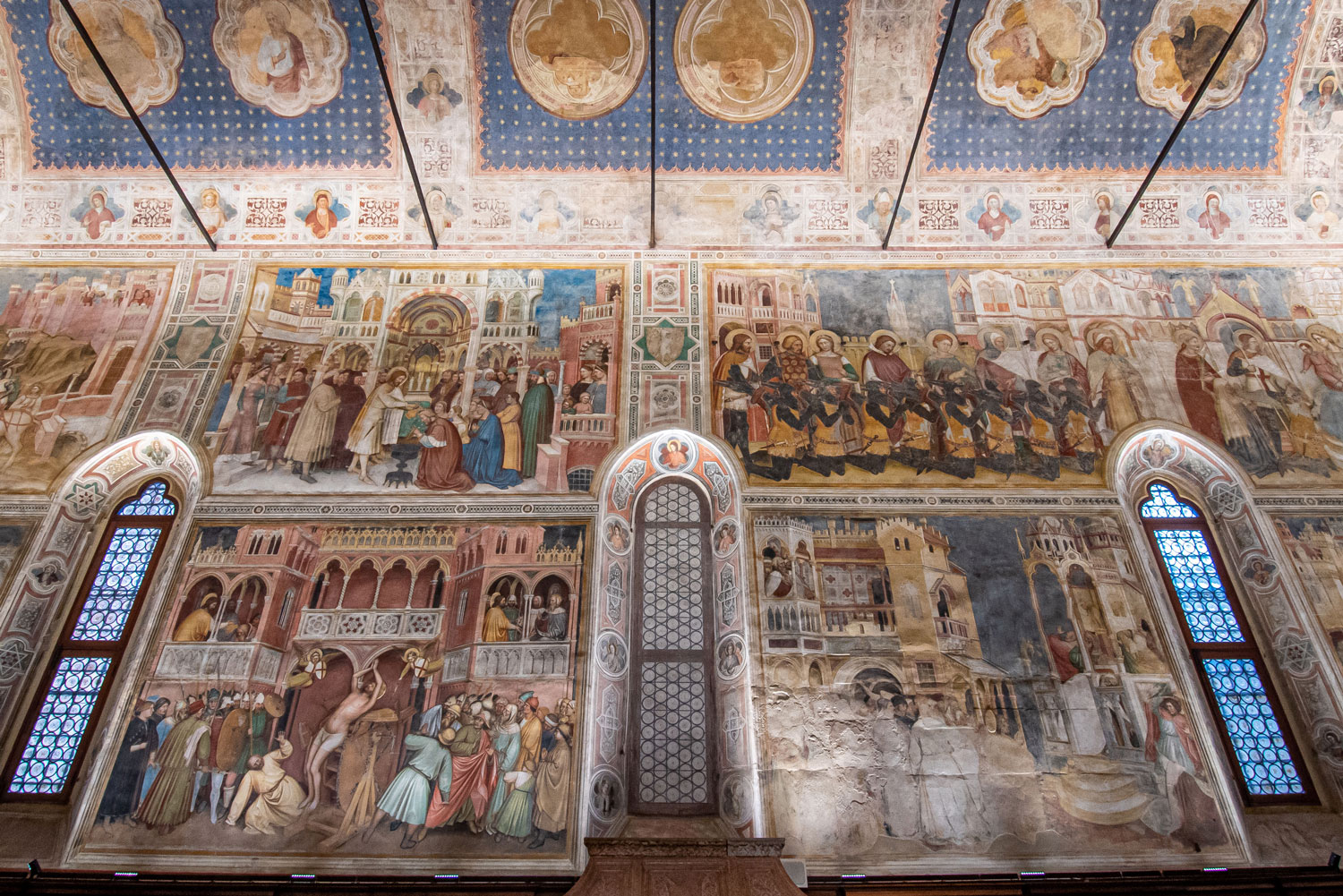 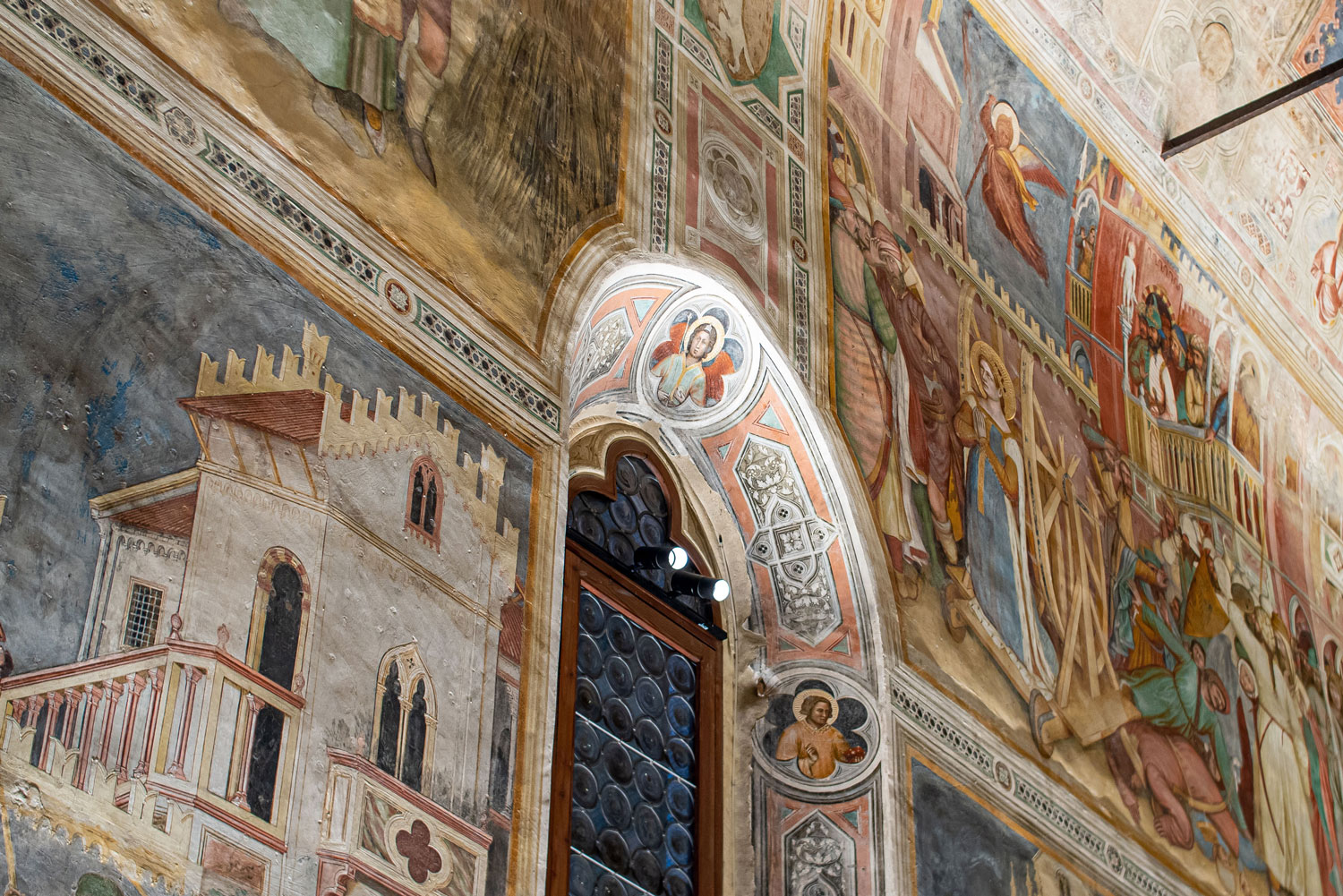 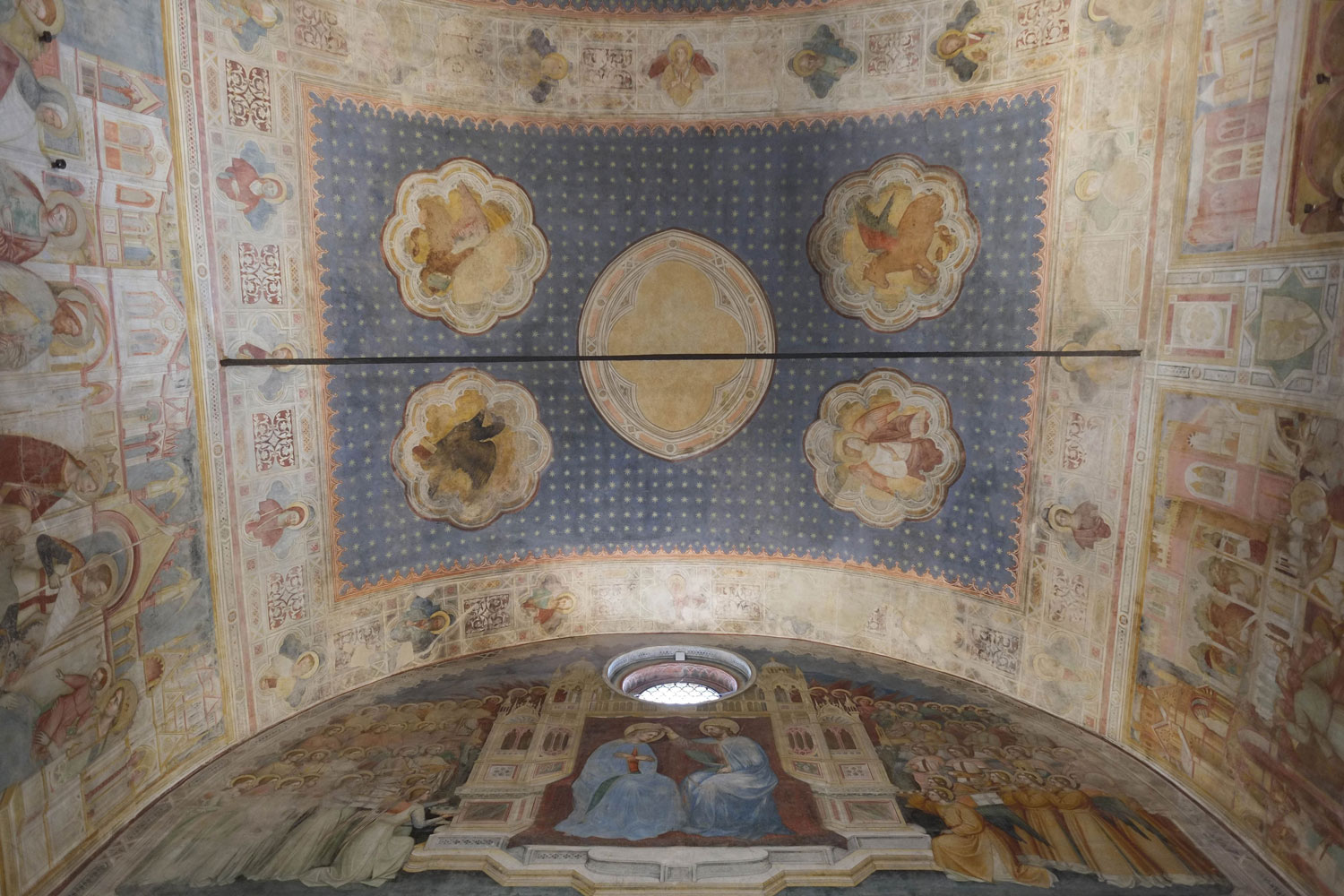