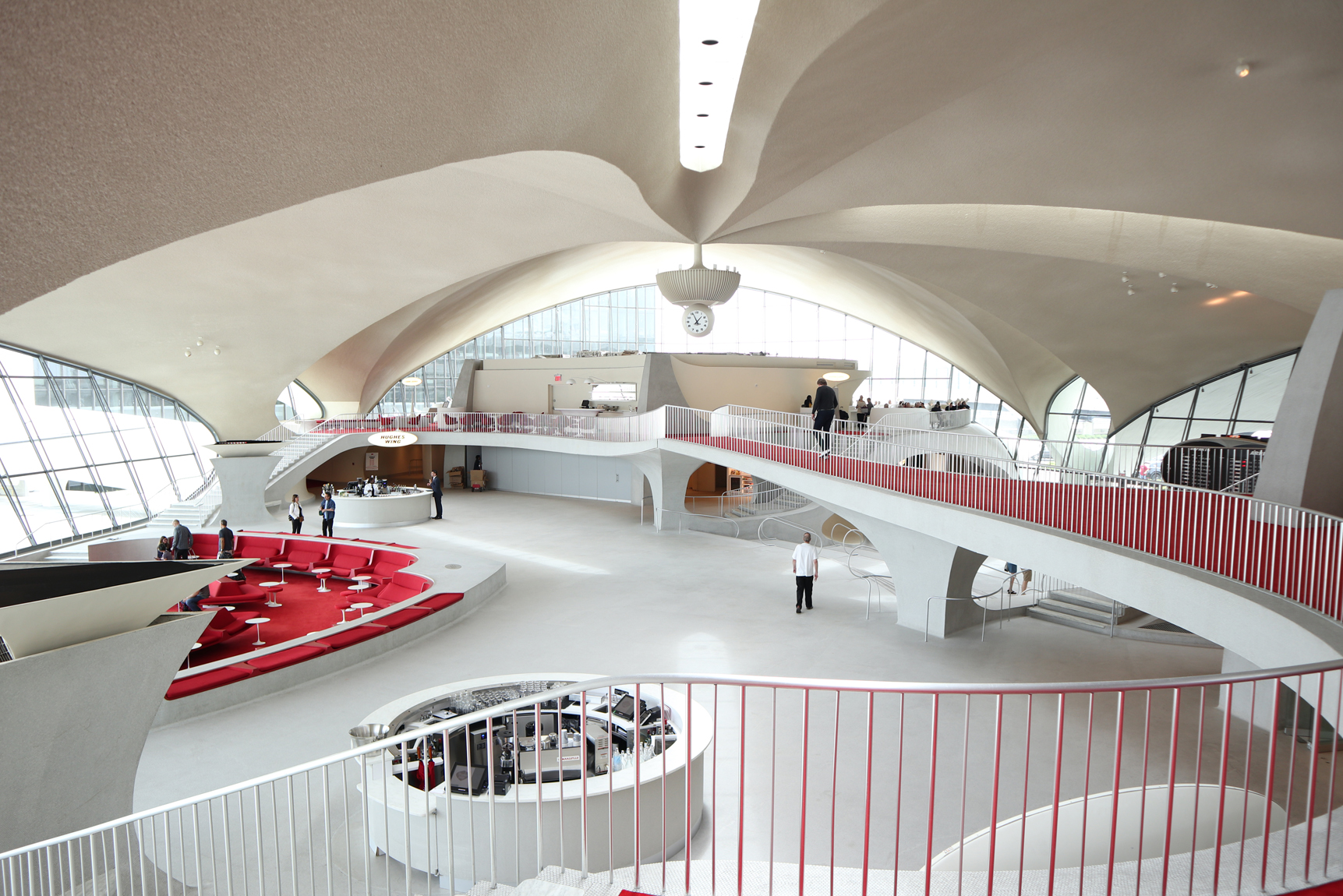 The former TWA Flight Center was originally designed by Eero Saarinen and completed in the 1960s. Today, it has been transformed into a first-class retro hotel, the only on-site hotel at JFK Airport. The hotel pays tribute to mid-twentieth century flight culture with sloping architecture, antique furniture, displays of airline ephemera, and brand new lighting fixtures that revive the original 1960s designs. The original flight center closed when Trans World Airlines went bankrupt in 2001, but with this revival its legacy will now live on by welcoming guests of a new era.

Spectrum Lighting had the honor of contributing to this legacy by illuminating the lobby of the TWA Hotel with lighting fixtures that pay homage to their 1960s predecessors. Spectrum was given the mission of recreating the 1962 vintage eyeball, cylinder, and spotlight fixtures, updated with modern functions, and have a long and powerful lifespan. These lights were made to fit in the exact places as the original 1960s fixtures, which have been lost or sat idle during the years of the center’s disuse. These fixtures match the original lumens and beam patterns of a 500 W PAR56 lamp with a modernized 5000 Lumen LED system with Xicato light sources and special optics.

Four rows of Custom Deep Regressed Cylinder fixtures line the skylight area over the lobby, and clusters of Louvered Eyeball Fixtures light the seating areas throughout the space. The fixtures can be controlled via Xicato Controls with Bluetooth mesh technology, connected to a master ETC dimming system. These fixtures have brought a refreshing liveliness to the hotel, blending modern LED components and high-tech controls with original mid-century lighting designs.

The TWA Flight Center Hotel will be illuminated by Spectrum’s contribution for future generations of travelers. Spectrum Lighting is honored and proud to have been a part of this legacy of American craftsmanship. 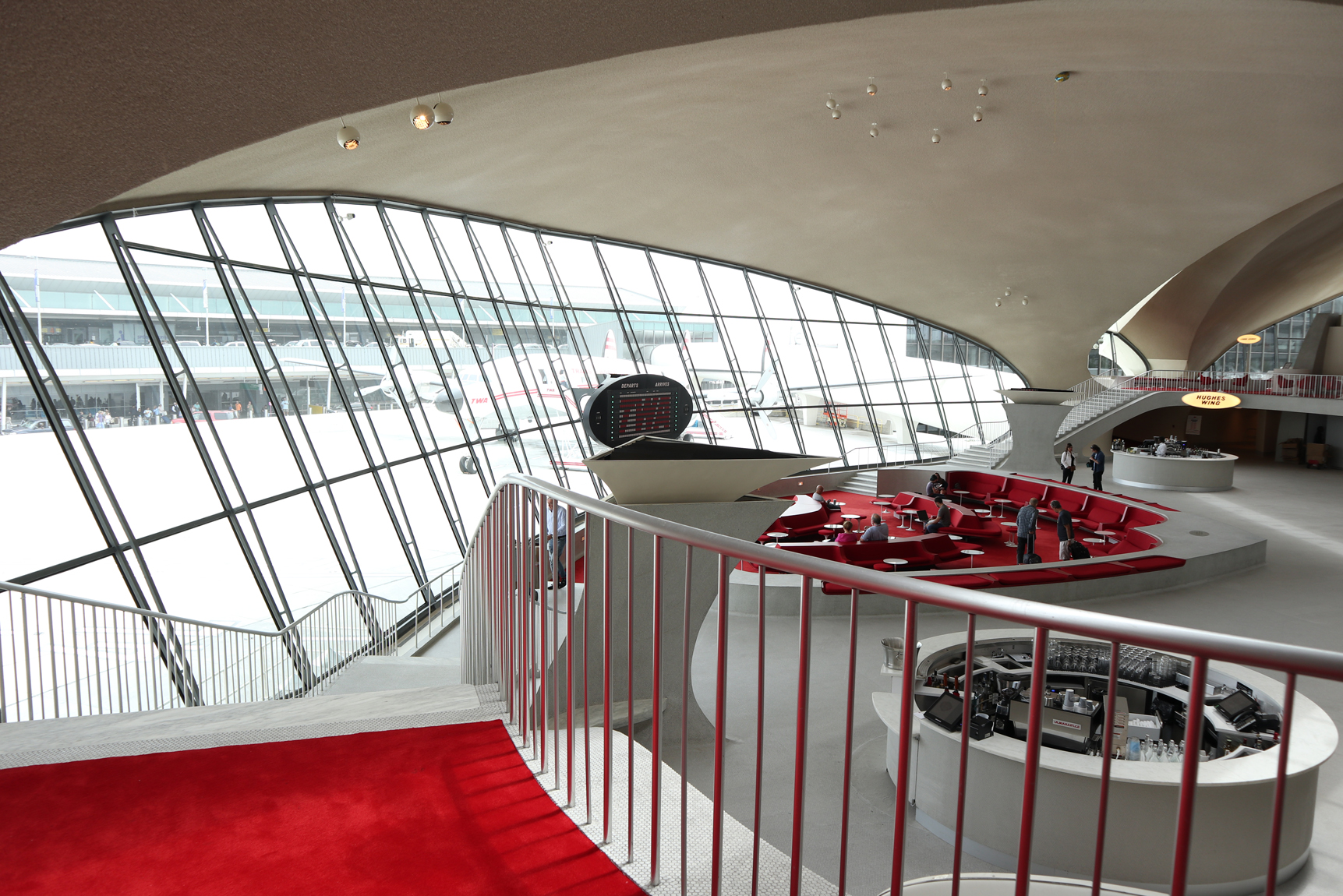 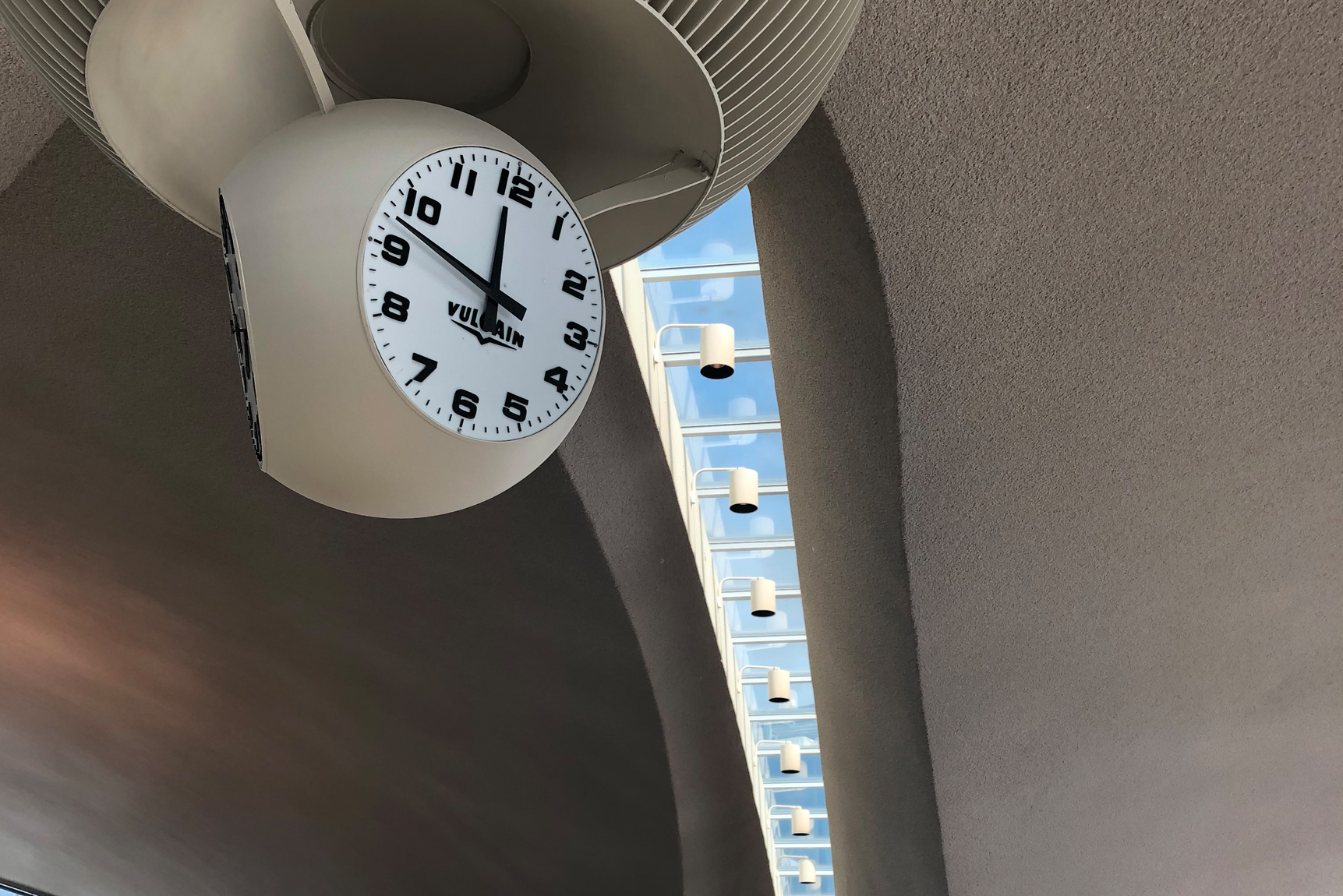 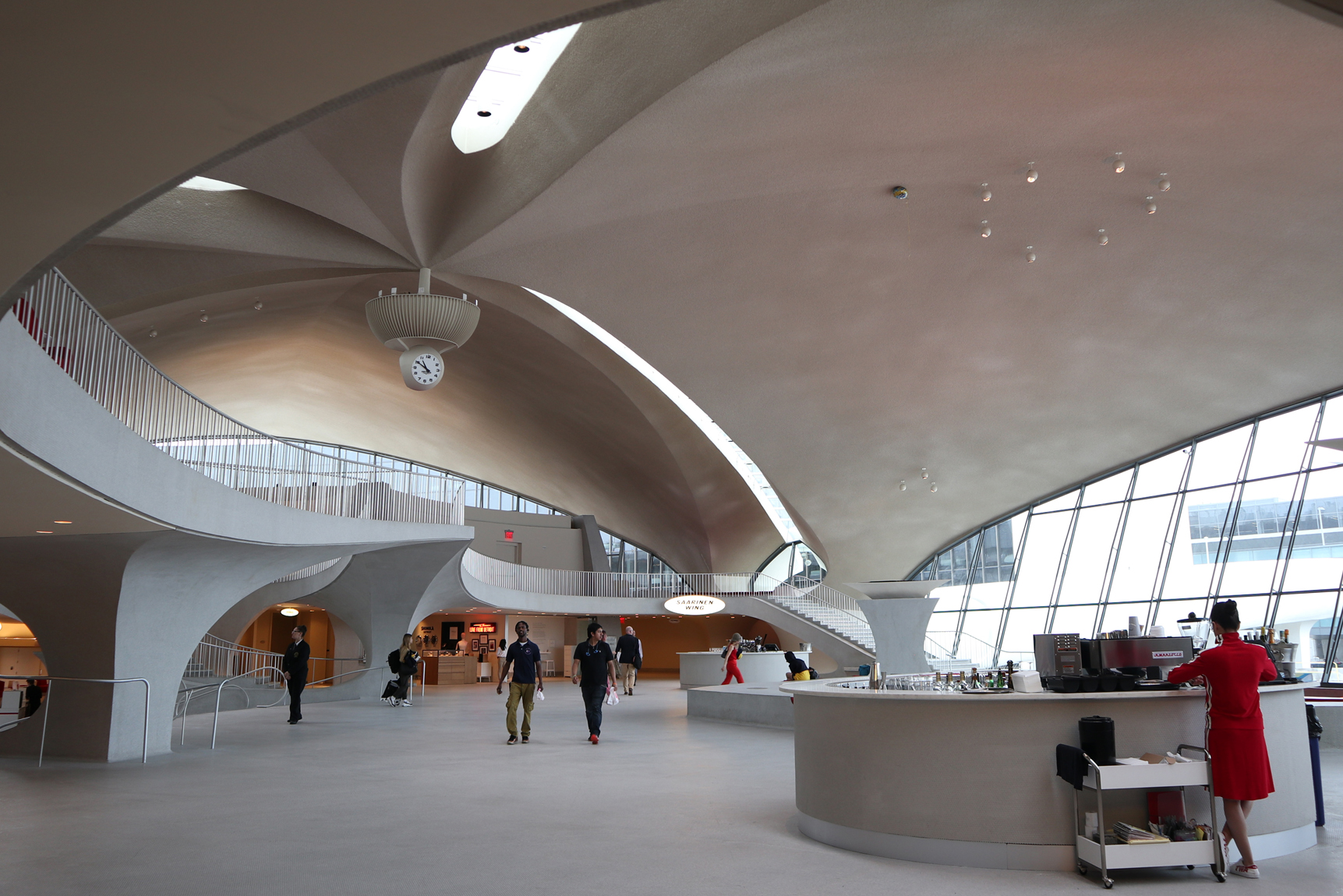 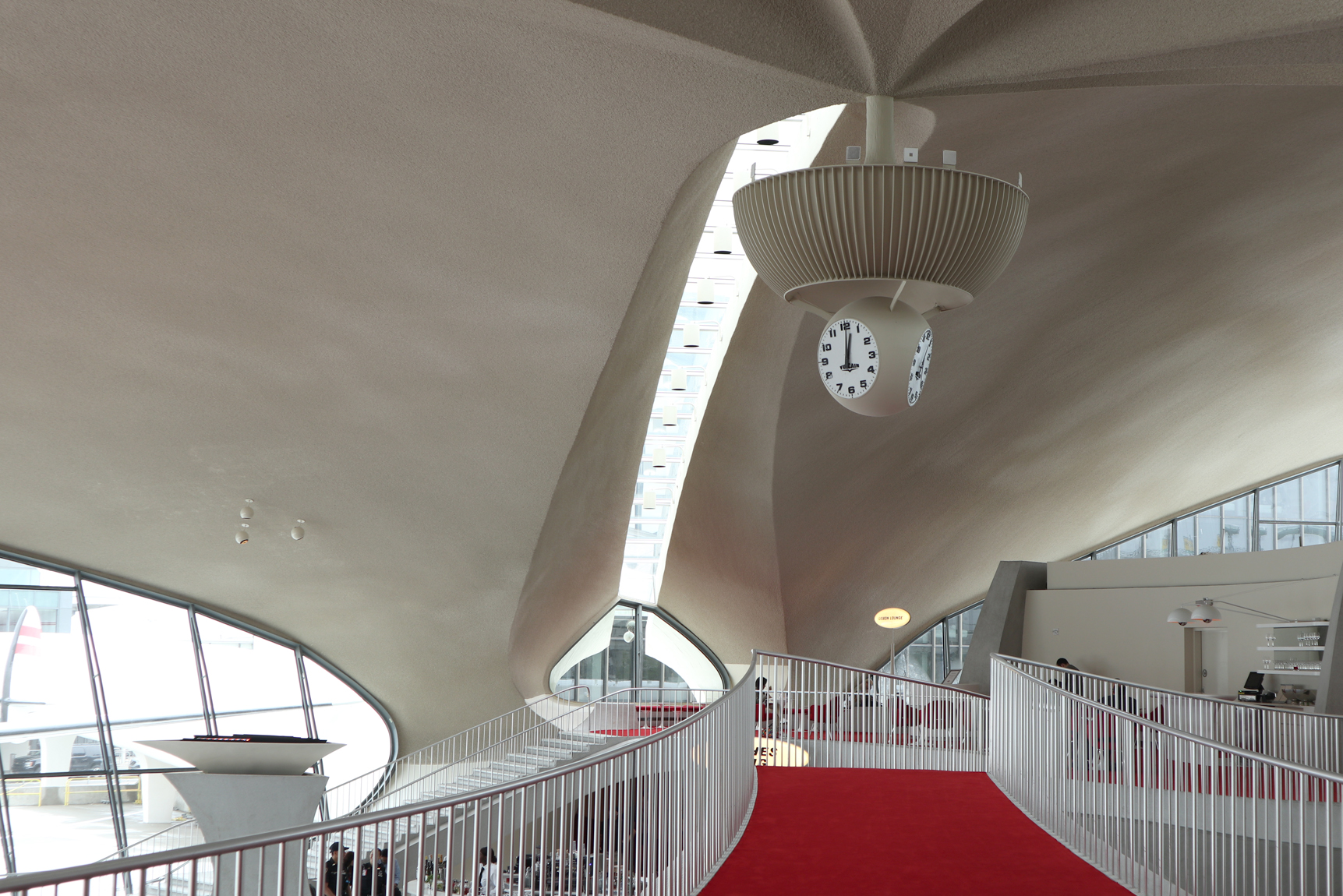