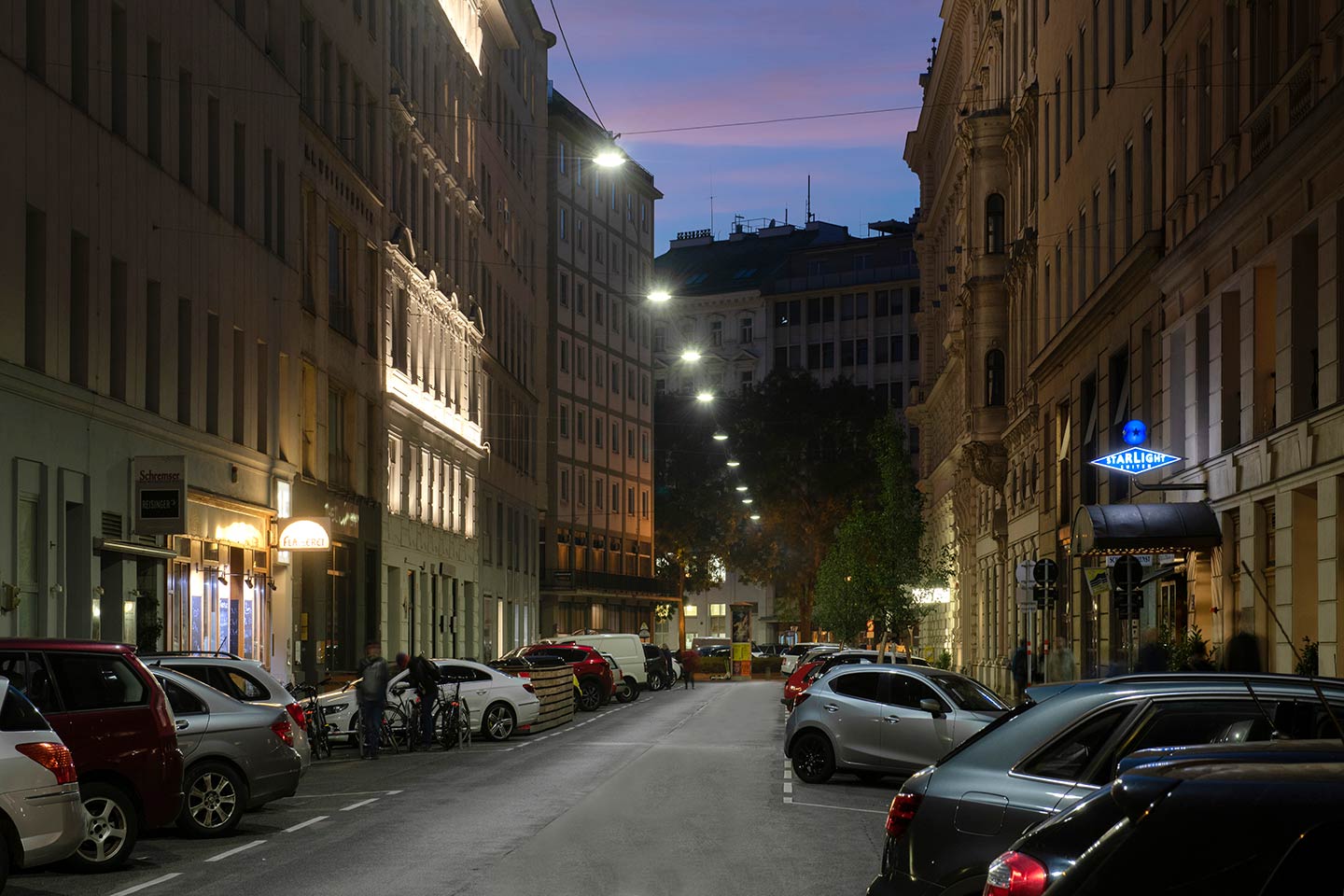 Austria
Customised urban lighting platform to help the city of Vienna meets its goals for a sustainable, smart city

It all began in 2016 when the city of Vienna decided to convert 160,000 fixtures with traditional light sources to energy-efficient LED luminaires as part of its Smart City Framework Strategy, which aims to reduce the city’s energy consumption by 30% by 2030, and by 50% by 2050.

The city has always had high standards for its public lighting and after having installed and tested the first LED luminaires in the city in 2010, it was convinced by the different advantages this technology brings. On Danube Island for example, the city discovered that the LED luminaires preserve insects while light pollution over the city had been significantly reduced.


The challenge: a standardised, yet flexible, lighting platform

The Department of Public Lighting - known as MA33 - drew up the requirements for a new luminaire. In addition to reducing energy consumption, facilitating maintenance, and preserving the environment, a key factor was the ability to light the many different sites and districts in the city - that need multiple lighting distributions - with one unique design.

By installing the same standardised, yet flexible, lighting platform throughout the city, the MA 33 would significantly simplify planning and maintenance operations.

Our Schréder STUDIO division rose to the challenge by developing a new luminaire, called the Vienna Round, that met all of the strict criteria.

The new luminaires were installed in two phases. The first phase of the street lighting upgrade involved installing around 60,000 catenary fixtures while the second phase saw 100,000 pole-mounted street lights replaced. throughout the city.

Equipped with a 30kV surge protection, the luminaires deliver a light output of 110lm/W to comply with the local lighting standards and more importantly create a sense of well-being for both motorists and pedestrians.

The city knows quality public lighting is essential to make women, who represent most of the pedestrianised traffic, feel safer and more secure when out at night.

Three different sizes of the urban Vienna Round luminaire were developed in total. A specific size was necessary for the catenary installation while two different sizes have been installed on the street poles - 66,500 large models and 33,500 small models - to suit the different needs throughout the city.
They have created a harmonious aesthetic coherence, both by day and night.

Fitted with the latest LEDs and technology, the energy-efficient Vienna Round integrates a driver that is compatible with the city’s own management system. The lighting is dimmed according to preconfigured scenarios to reduce energy consumption while guaranteeing visibility during the night. Indeed, the city has managed to reduce its energy consumption by 65%.

This futureproof luminaire has also been developed to integrate sensors that detect vehicles and people so that the lighting can be automatically adapted to what is really needed.


Towards a “greener” city

Made of recyclable materials and fitted with interchangeable components for an easier and more cost-effective maintenance management, the Vienna Round will plays its part in helping the city to build a circular economy.

The city is delighted with the new lighting that ensures an intelligent and responsible management of its lighting infrastructure while upholding the high-quality public lighting that its citizens have come to expect.

Schréder is proud to have been part of the team and delivered a customised solution that has created a safer, more attractive cityscape for high-quality living and enables the city to grow in a sustainable way. 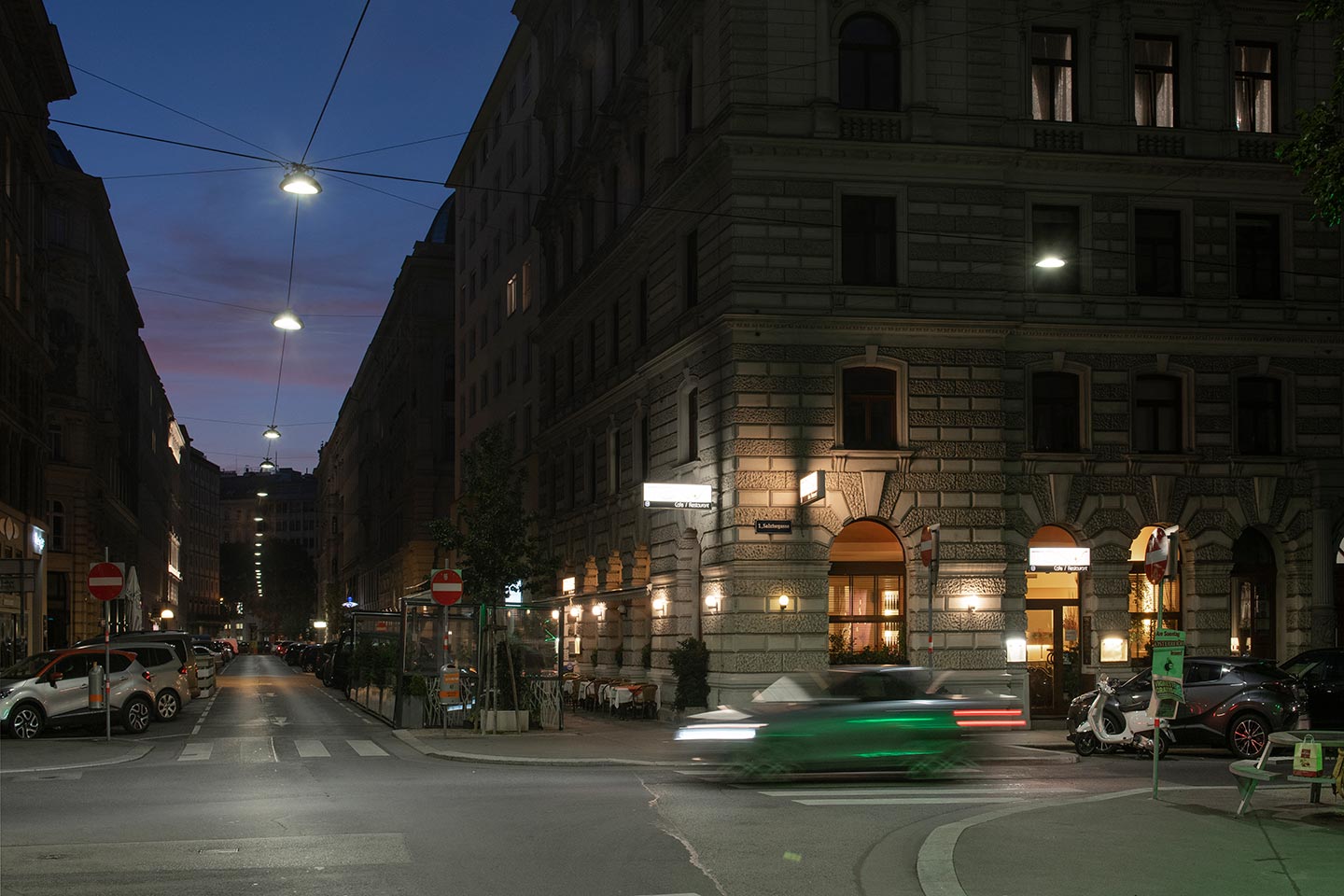 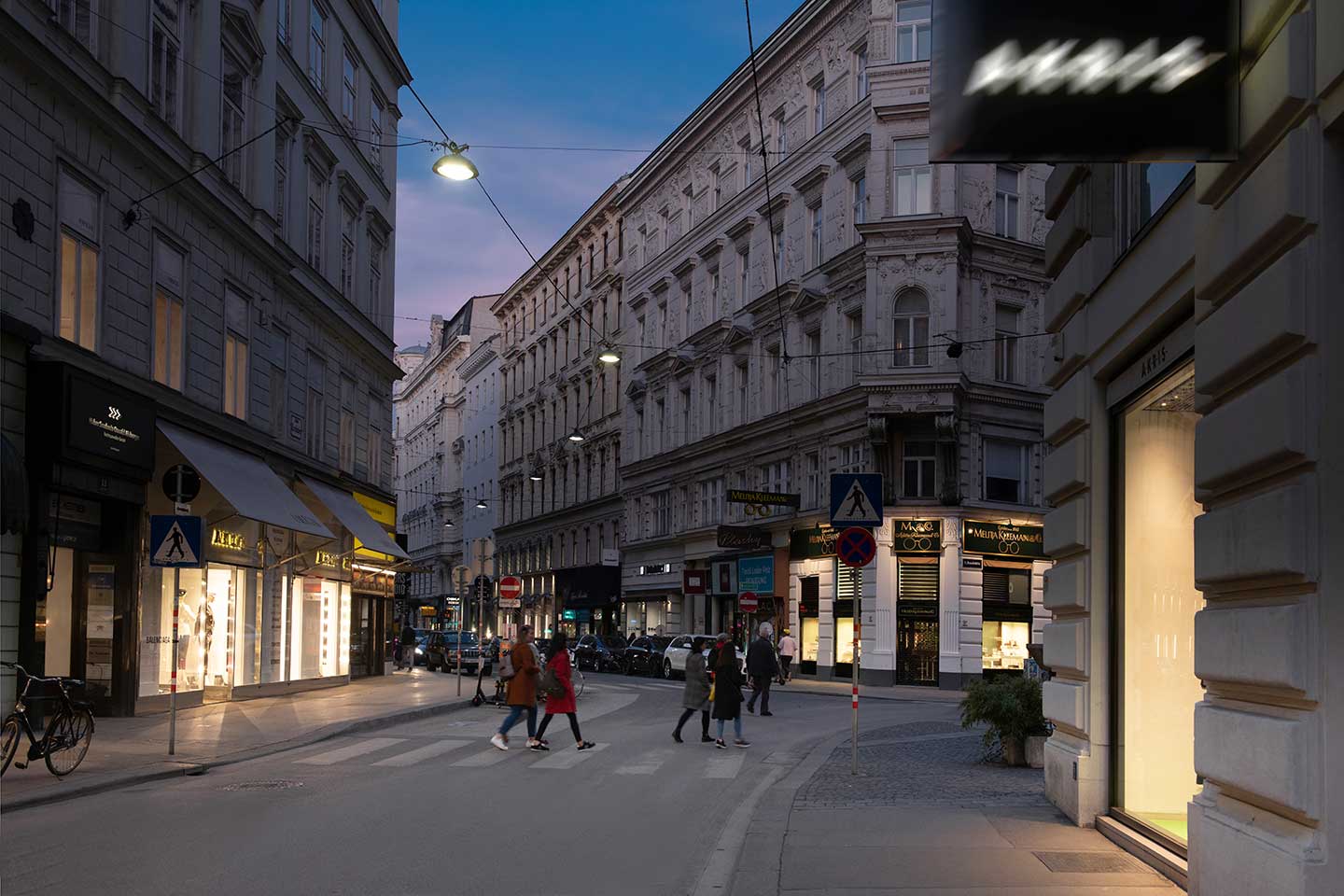 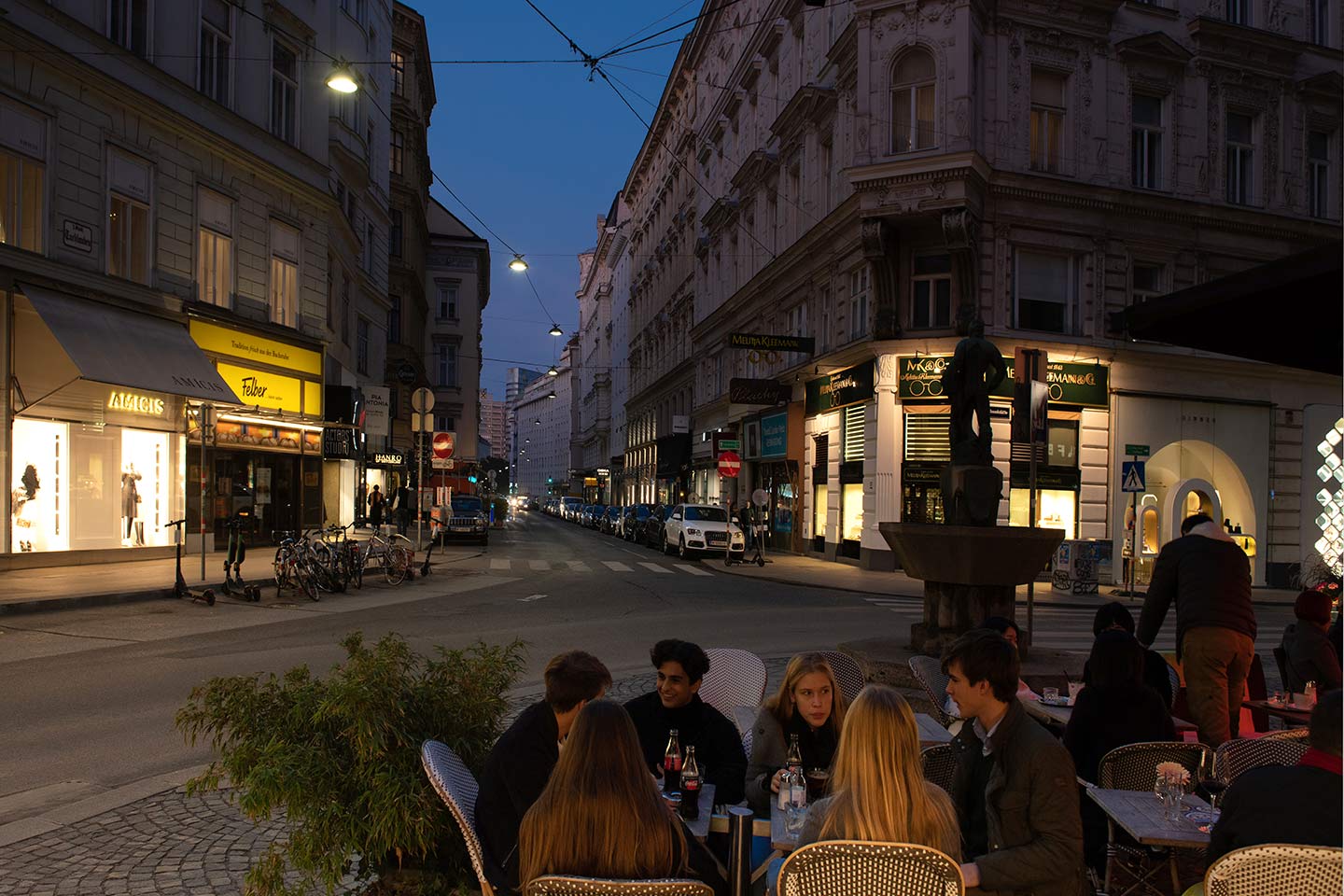